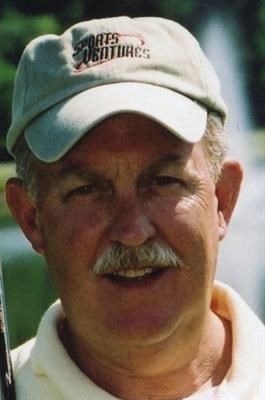 BORN
1946
DIED
2016
FUNERAL HOME
Raymer-Kepner Funeral Home
16901 Old Statesville Road
Huntersville, NC
Ernest Charles Blair "Chuck", 70, of Lake Norman, NC passed away Sunday July 17, 2016. Born January 29, 1946 in Bremerton, WA. He was the son of the late Charles Marshall Blair, Jr and Ethel Sandidge Blair of Roanoke, VA. Chuck is survived by his wife, Carol, the love of his life; his sister, Carol J. Blair of Roanoke, VA; brother, Barry and his wife Debra of Jonesborough, TN; nieces, Mary Blair of Nashville, TN and Laura and her husband Justin Romans of Knoxville, TN; sister-in-law, Barbara and her husband Larry Bertolino; niece, Kristen and her husband Eric Niemiek of Pittsburg, PA. Also his loyal and beloved golden retriever, Sake. Chuck grew up in Roanoke, VA and attended Northside High School and graduated from Hargrave Military Academy in Chatham, VA. He was the captain of the golf team. He was also an Eagle Scout and a veteran of the United States Marine Corp. He was a founding 40 year member of the Roanoke Muff Divers Surf fishing team. He spent most of his professional career as an apparel/clothing salesman. He also worked for the Norfolk and Western Railroad as a brakeman. Chuck was active in the Hargrave Alumni Association. He was extremely loyal to his lifelong friends and loved golf, fishing, the outdoors especially the lake and the beach. A memorial service will be held, Sunday, July 24, 2016 at 1pm at Raymer-Kepner Funeral Home. The family will receive friends following the service. Raymer-Kepner Funeral Home Cremation Service, Huntersville, NC is assisting the family. Friends may offer condolences to the family at www.raymerfh.com.
Published by Charlotte Observer on Jul. 21, 2016.
To plant trees in memory, please visit the Sympathy Store.
MEMORIAL EVENTS
Jul
24
Visitation
NC
Jul
24
Memorial service
1:00p.m.
Raymer-Kepner Funeral Home
16901 Old Statesville Road, Huntersville, NC
Funeral services provided by:
Raymer-Kepner Funeral Home
MAKE A DONATION
MEMORIES & CONDOLENCES
6 Entries
Carol,
We Just learned of your loss.
Jane & I want to send you our sincere condolences.
Even though we were so far apart Chuck was always the life of the party and over the years as old Clothing Salesman we shared many of those Great Times in New York and later in Pittsburgh!!
I know that your heart is broken know but remember all of the laughter that Chuck was able to bring to you.
He was a Special Guy and you were a Special Couple.
Our Prayers to you.
Sincerely,
Nolf & Jane Zeolla
Nolf & Jane Zeolla
July 24, 2016
Carol i was so saddening to learn of Chucks passing.He was a great guy and I'm going to miss him.May god give you all you need to get thru this difficult time.My prayers are with you.
Joyce and John Raila
July 23, 2016
Our thoughts are with Carol and all of Chuck's family and friends at this time. We will always treasure our time spent with Chuck and his fun loving personality!
Sincerely,
The Boys From DC
Mike & Jim
July 21, 2016
We will miss our buddy and great friend, Chuckles. Prayers are flowing up for Chuck, Carol, and all the family members. May God shine upon you all and give you the peace and comfort that you need. We love you. T and Chris
July 21, 2016
My sincere condolences to the family of Ernest. May God comfort you and strengthen you during this difficult time because He cares for you. 1 Peter 5:6,7
Cheryl
July 21, 2016
Thinking of what a special guy Chuck was and how he always made me laugh and sending prayers and sympathy to Carol and all of Chuck's family.
July 20, 2016
Showing 1 - 6 of 6 results