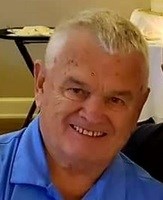 BORN
1944
DIED
2021
FUNERAL HOME
McEwen Funeral and Cremation Service
7428 Matthews-Mint Hill Road
Charlotte, NC
James Lane
November 7, 1944 - September 23, 2021
Charlotte, North Carolina - James Roy Lane, affectionately known as Jim, Jimmy, "Jammer" and "Head", went to be with his Lord and Savior on September 23, 2021 at the age of 76.
Born in Regina, Saskatchewan, Canada, Jim was a highly skilled athlete. He played football at Sheldon Williams Collegiate, semi pro baseball for the Western Canadian Baseball League (Regina Red Sox) and made a career out of hockey. Jim played in the Saskatchewan Junior Hockey League and the Manitoba Junior Hockey League where he was MVP and won multiple championships. He was drafted by both the New York Rangers and the San Francisco Seals at the same time but chose to attend the Rangers camp at 18 years old. Jim played for the Nashville Dixie Fliers, Salem Rebels, Jacksonville Rockets and the Charlotte Checkers - where he retired. He was selected to the Eastern Hockey League (EHL) All Star teams multiple times.
Jim was a referee in the Southern Hockey League and the EHL.
He coached numerous youth hockey teams, youth baseball teams and won the NC Little League State Championship in 1979 and went to the Babe Ruth World Series. He also coached for American Legion baseball.
Jim retired from Ferguson Box and worked 30+ years with the City of Charlotte, which propelled him to start his own extremely successful business, Parking Unlimited, with two other business partners. Parking Unlimited contracted with Charlotte Motor Speedway, the Panthers, Hornets, Checkers, Wells Fargo Golf Tournament and numerous other national and international events. He ran the parking for thousands of events at the Independence Arena, Spectrum Center, the "old Coliseum" and the "new Coliseum".
Jim was a member of many years at Bible Baptist Church and most recently Graceway Baptist Church in Matthews, NC.
Although Canadian by birth, he was extremely proud to become a citizen of the United States in 2007.
His greatest accomplishments were his marriage and true partnership with his beloved wife Yvonne. He was extremely proud of his sons, Jeff and Scott. His greatest pride, though, was his grandchildren. Jim spent countless hours at Brandon's hockey games, Drew's football games, marveling at Kris's glass blowing skills, and cheering on Jaime's adventures at NC State. His latest source of happiness was the birth of his great grandson.
Jim was an incredible influence on hundreds of lives and his family extends well beyond his own. He leaves a legacy of intense love for God and family, and will forever be remembered as someone who would give you whatever you needed. If you asked, Jim would do it. And most times you didn't have to ask. He was built like a bull, with the heart of a teddy bear. His smile was contagious.
He's been described as fair, honest, tough, gentle, popular and gregarious. He was larger than life. He was incredibly generous. He was a leader, but also a teammate. He was belligerent and a little stubborn at times. But everything he did he did with intention and purpose. He was an inspiration. Having left home at the age of 14, Jim proved with hard work, you can do anything you set your mind to. He walked the walk of a great man and his huge presence will be missed by a multitude of people.
Jim enjoyed traveling, hanging out with friends, watching anything sports related, and even had a creative side. Recently he started making photo collages as gifts for his loved ones. He enjoyed riding around in his golf cart with his sidekick furbaby Grace.
He is survived by his brother Leo Lane, sons Jeff (Lisa) of Mint Hill, Scott (Jennifer) of Charlotte, grandchildren Brandon (Melissa) of Aston, PA, Drew Morgan of Charlotte, Kris Lane of Shelby, granddaughter Jaime Lane of Mint Hill and Christina Mahoney of San Jose, Calif. and the newest addition: great-grandson Logan of Aston, Pa. Special mention to Marc Bowen, as Jim considered him his son.
He is preceded in death by his parents Leo and Edna Lane and is finally reunited with the love of his life, Yvonne Lane, who passed away in 2018. We are not saying goodbye, we are saying 'til we meet again.
The family will receive friends from 5:00 until 8:00 pm Monday, September 27, 2021, at McEwen Funeral Service-Mint Hill Chapel, 7428 Matthews-Mint Hill Road in Mint Hill. A funeral service will be held 10:30 am Tuesday, September 28, 2021, at Graceway Baptist Church, 4700 Monroe Weddington Road in Matthews. Interment will follow in Sunset Memory Gardens in Mint Hill.
In lieu of flowers, we would like to remember Jim's generous spirit by encouraging you to "Pay It Forward".
Condolences may be offered at www.mcewenminthillchapel.com.