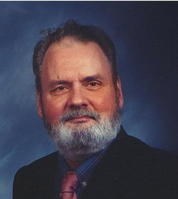 FUNERAL HOME
Whitley's Funeral Home
1748 Dale Earnhardt Blvd
Kannapolis, NC
Larry Wilson Hayer
September 8, 2021
Kannapolis, North Carolina - Larry Wilson Hayer, 83 of Kannapolis passed away September 8, 2021 at Atrium Health Cabarrus due to complications of Covid - 19. He was born February 19, 1938, in Mooresville, NC, to Andy and Mary Towell Hayer. In addition to his parents, he is preceded in death by his wife, Gay Nell Clayton Hayer.
He grew up in Kannapolis, NC, and attended Winecoff school for twelve years, making friendships that lasted for decades. Just after he started fifth grade, he was in a traffic accident which resulted in the loss of his right leg. This didn't hold him back from joining the marching band, which led to a love of big band music. He graduated from UNC-Chapel Hill in 1959, and married Gay Nell Clayton in 1960. After working a variety of jobs locally, he started work for the Social Security Administration in November of 1960, and continued there until he retired in 1989. This career meant the family moved nine times in the first fifteen years, all over the southeast, then followed by a fourteen year stay in Chester, Virginia.
After retiring, Larry and Gay returned to Kannapolis and Larry was able to pursue his loves of history and genealogy, becoming active in the Cabarrus Genealogy Society and Genealogical Society of Rowan County. He was active as a researcher, writer, and journal editor, and helped publish several books dealing with local history and families. Never one to let technology pass him by, he worked in a computer store in Concord and went on to own another store in 1992. He also worked at the Kannapolis Branch library beginning in 2001. He ended up "retiring" four different times, with his interest in learning leading him to new hobbies. He received accolades and awards from many organizations, the most recent being "Historian of the Year" presented by the North Carolina Society of Historians in 2019.
He is survived by four sisters: Carolyn Scoggins of Kannapolis, Margaret Powers of Concord, Cathy Overcash [Merle] of Concord, and Debra Mathews of Davidson; three children: Daphne Morris [Steven] of New London, Clayton Hayer [Dawn] of Cary, Frances Caton [Mark] of Concord; two grandchildren: Sophia Hayer and Olivia Hayer; and many cousins, nieces, nephews, and friends. Remarkably, he is also survived by his uncle and aunt: Wade and Phyllis Carrigan of Mooresville.
A memorial service will be held at Midway UMC in Kannapolis, 12:30 pm, Saturday, September 11, 2021. It will be streamed via FaceBook and YouTube, and uploaded to the church's website. Larry Hayer will be laid to rest beside his beloved wife, Gay Clayton Hayer, at Carolina Memorial Park in Concord. The family asks that donations be made to the Kannapolis History Associates, PO Box 21, Kannapolis, NC 28082; or the NC Society of Historians, PO Box 506, Drexel, NC 28619, in lieu of flowers. Online condolences may be sent to the family at www.whitleysfuneralhome.com

Published by Charlotte Observer on Sep. 12, 2021.
To plant trees in memory, please visit the Sympathy Store.
MEMORIAL EVENTS
Sep
11
Memorial service
12:30p.m.
Midway UMC (Kannapolis)
Funeral services provided by:
Whitley's Funeral Home
MAKE A DONATION
MEMORIES & CONDOLENCES
Sponsored by The Charlotte Observer.
2 Entries
It was with deep regret that I read of Larry's passing. I never met him in person but he was a DNA match and he kindly supplied me with information on his Henderson ancestor. I'm sorry I did not stay in touch. My deepest sympathy to his family.
Jean Taylor
September 12, 2021
My sincere sympathies to the all the family members. My associations with Larry were through genealogy. He was most generous in helping me in my research. I could tell he was a scholar and both truth seeker and truth teller. Maybe rest in peace and rise in glory.
Rev. Tom Ford
Other
September 12, 2021
Showing 1 - 2 of 2 results