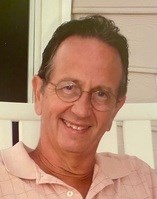 BORN
1940
DIED
2021
FUNERAL HOME
Kenneth W. Poe Funeral & Cremation Service - Charlotte
1321 Berkeley Avenue
Charlotte, NC
Laurence B. Breckenridge
January 25, 1940 - August 31, 2021
Charlotte, North Carolina - Laurence (Larry) B. Breckenridge, age 81, died peacefully in his Southpark home on August 31, 2021 surrounded by his two sons.
Larry is survived by his sons, A. Todd Breckenridge of Chicago, IL. and David Breckenridge of Asheville, NC. Larry was married to Sue Breckenridge who passed on August 28, 2021, for 57 years. Larry was born on January 25, 1940 in Lima, Ohio to mother, Jane Bentley Breckenridge and father, Robert E. Breckenridge.
An Alumni of Rollins College in Winter Park, FL. Larry began his career with Superior Coach in Lima, OH. He went on to serve in several sales positions with Artex Industries, and Mersman Tables Co, before finding his passion in Real Estate. He continued that career here in Charlotte with Allen Tate Realtors. Larry was an active member of Christ Episcopal Church on Providence Road. in Charlotte, where he was also a volunteer.
A memorial service will be held at a later date due to Covid-19.
Memorials may be sent to, The Alzheimer's Association/Western Carolina Chapter, 4600 Park Road, Ste. 250, Charlotte, NC 28209.
Arrangements are in the care of Kenneth W. Poe Funeral & Cremation Service, 1321 Berkeley Ave., Charlotte, NC; 28204 (704) 641-7606. Online condolences can be shared at www.kennethpoeservices.com.

Published by Charlotte Observer on Sep. 12, 2021.
To plant trees in memory, please visit the Sympathy Store.
MEMORIAL EVENTS
To offer your sympathy during this difficult time, you can now have memorial trees planted in a National Forest in memory of your loved one.
Funeral services provided by:
Kenneth W. Poe Funeral & Cremation Service - Charlotte
MAKE A DONATION
Please consider a donation as requested by the family.
MEMORIES & CONDOLENCES
Sponsored by The Charlotte Observer.
2 Entries
Larry was a gentle soul, and seeing him work faithfully in his garden was a treasure. He created beauty and relished his serene home - rest In peace, Larry.
Charlie and Susan Smith
September 12, 2021
We remember with such great fondness the smart, sharp and funny Larry with the quick wit and tremendous love for sports. He was a huge golf and baseball fan with interesting and terrific memorabilia. Our dinners out with Sue and Larry were capped off with a sly grin and a witty remark from himself. We cherish our close friendship with Larry and Sue, and we treasure the memories which keep us smiling and saying to each other, "Remember Larry's great comeback?" We'd be chuckling all the way home. Sue and Larry are now together in Heaven and loving the fact that only 2 1/2 days separated them from each other.
Marilynn and Bob Bowler
Friend
September 8, 2021
Showing 1 - 2 of 2 results