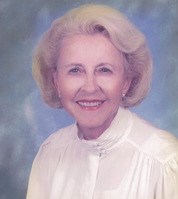 BORN
1923
DIED
2021
FUNERAL HOME
Hartsell Funeral Home - Albemarle
522 N 2nd St.
Albemarle, NC
Margaret Alice Stewart, PH.D
May 27, 1923 - September 14, 2021
Oakboro, North Carolina - Margaret was born on May 27, 1923 in Oakboro, NC. She passed peacefully on September 14, 2021. She was predeceased by her parents, Giles Edward Crowell, Sr. and Ethel Lee Clayton Crowell; her husband, Edward Pernay Stewart, and daughter, Margaret "Peggy" Stewart Kluttz. Her granddaughter, Stephanie Kluttz Vint, and brother, Giles E. Crowell, Jr. and wife Katy also predeceased Margaret.
She is survived by her daughter Betsy Crowell Stewart Heath and husband David; her granddaughter, Jessica Heath Brinker, and husband Jason and great grandchildren, Abigail and Bodhi Brinker; her grandson, Joe Kluttz and wife, Lisa; great grandsons Jonathan Kluttz and Joshua Kluttz, and wife, Kary and great great granddaughter, Karter Kluttz. Margaret is also survived by her grandson, Neil Kluttz, and wife, Michele and great grandson, Cody Kluttz. She is also survived by many numerous nieces and nephews.
Margaret graduated from Oakboro High School in 1940. She attended Queens College until she married Ed Stewart in December of 1942. They moved to Hinesville, Georgia as Ed was in the Army and stationed at Camp Stewart, Georgia. First daughter Peggy was born in September, 1943. Soon after Ed was deployed to serve his country in Germany during World War II. After the war Margaret and Ed moved back to Oakboro. Ed taught school and Margaret worked in the US Post Office. She worked there for 10 years before enrolling at Pfeiffer College where she earned a bachelors degree. She then earned a masters degree from Appalachian State Teachers College in 1962. Second daughter, Betsy, who had been born in 1954, was in tow as Margaret furthered her education. She continued to study at Georgia State College in Atlanta and earned a doctorate degree in 1970. She was a teacher at Oakboro High School and West Stanly High School. She continued her career at Gaston College where she was a professor for 14 years and also served as Dean of the Academic Division until her retirement in 1984. She later was appointed to the North Carolina Community College Vocational Board and the Stanly County Community College Foundation.
After retiring from education, she worked in the family businesses, Oakboro Oil Company and Variety Pickup until she retired again in 2000. She still helped out part time at the store until just a few years ago.
Margaret became a member of the Oakboro Presbyterian Church when she was 10 years of age. She served as an Elder in the church and taught the adult Sunday School class. When the Oakboro church closed in 2003, Margaret joined the Locust Presbyterian Church where she remained a member until her death.
Margaret was active throughout her whole life. She was an avid walker and worked out on her rowing machine occasionally until just a few weeks ago. She loved to fly and in 1987 at the age of 64 she earned her private pilot's license and bought her own Cessna airplane. Margaret also traveled extensively, having visited all seven continents of the world, including Antarctica.
Margaret was a member of the Carolina 99's the Stanly County Retired Teachers Association, the Oakboro Lion's Club, and the Oakboro Regional Museum.
A graveside service will be held at 11:00am on Friday, September 17, 2021 at Oakboro Cemetery, 1397 North Main Street, Oakboro.
The Margaret Stewart family would like to express their loving appreciation for nurses Jennifer and Allison, nurses Brandy, Misty and Melissa and all the staff at Community Homecare and Hospice of Troy.
Margaret's memory may be honored at:
Community Homecare and Hospice of Troy, 1024 Albemarle Rd., Suite 904, Troy, NC 27371
Locust Presbyterian Church, P. O. Box 277, Locust, NC 28097
Oakboro Regional Museum, 231 N. Main St., Oakboro, NC 28129
Hartsell Funeral Home of Albemarle is serving the Stewart family.
Online condolences may be made at www.hartsellfh.com

Published by Charlotte Observer on Sep. 16, 2021.
To plant trees in memory, please visit the Sympathy Store.
MEMORIAL EVENTS
Sep
17
Graveside service
11:00a.m.
Oakboro Cemetery
Funeral services provided by:
Hartsell Funeral Home - Albemarle
MAKE A DONATION
MEMORIES & CONDOLENCES
Sponsored by The Charlotte Observer.
1 Entry
So sorry for this loss-she contributed so much to Stanly County. I knew her two daughters, Peggy and Betsy as well as her extended family Prayers to the family
Doris Huneycutt
Work
September 17, 2021
Showing 1 - 1 of 1 results