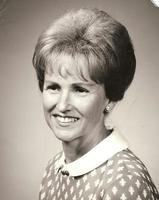 BORN
1928
DIED
2021
Mary Johnson
August 16, 1928 - September 22, 2021
Statesville, North Carolina - Mary Louise Sloan Johnson, 93, of Tiergarten Lane in Charlotte, died peacefully September 22, 2021, in Statesville, N.C. She was born in Matthews, N.C. on August 16, 1928, to Mary Annie Wilson Sloan and Frank H. Sloan.
While still very young, her family moved to Charlotte and lived in an area now known as NoDa. There Mary and her best friend Clara walked to school each day. After school, she stopped at the local market to help her father, a butcher, and in doing so, formed her life-long opinion that hard work is a virtuous and worthy pursuit.
While her three brothers served in WWII, she and her older sister Eloise did what they could to support the war effort by rolling bandages at the Army Quartermaster Depot on Statesville Road. Mary's oldest brother JC was tragically killed in the war when his submarine vanished in the South China Sea. She vividly remembered her mother's grief when visited by soldiers delivering the terrible news and afterward honored her brother's sacrifices every year on Veterans Day.
Mary graduated from Tech High School in 1945, where she served as Secretary of her senior class. For many years after graduation, she was instrumental in planning class reunions.
Mary started her first full-time job at The Charlotte News and later retired from Western Electric after many years as an Executive Secretary. When her children visited her office, she had high expectations that they were groomed and dressed their best, as a lesson that "you always want to be your best in the workplace."
After retiring from Western Electric, Mary worked for several years as Secretary for the local American Postal Workers Union office, where she made many friends.
Mary taught her children from an early age to be industrious and independent. Supporting and encouraging their ideas and dreams, she would say, "Honey, you can do anything you put your mind to." She didn't just say it; she made sure they knew she believed it.
Mary loved attending church and singing hymns. When her children were young, Mary was a member of Sugaw Creek Presbyterian Church, where she sang in the choir while her children proudly watched and listened to her alto voice ringing out to the pews. In the 1980s, Mary was a member of and sang in the choir at Albemarle Road Presbyterian Church. Upon her retirement from work, she joined Providence United Methodist Church and volunteered as a receptionist.
Mary's children can tell countless stories about how she gave bountiful support and care to them. She truly lived for her children and always wanted the best for them, sometimes knowing what was best even if they didn't know themselves at the time.
Surviving Mary is her son Robert Deverin Johnson, daughters Betty Johnson and Ginger Lee Johnson Eklund (Paul), granddaughter Stephanie Nicole Johnson, grandsons Christopher Robert Eklund (Jessi) and Chase Carlson Eklund, great-grandson Owen Robert Eklund and great-granddaughter Willow Elyse Eklund, sister Patsy Cenderita Sloan Cochran Polk, and many nieces and nephews.
She is preceded in death by her parents Mary Annie Wilson Sloan and Frank H. Sloan Sr., sisters Francis Eloise Sloan Griswold, Phylis Ann Sloan Nance, and brothers John Calvin (J.C.) Sloan, Frank H. Sloan Jr., and Edward Wilson Sloan.
Mary's family thank the many compassionate caregivers that gave her life ease during her last days. The family is comforted knowing that these caregivers met Mary's needs with kindness and generosity.
A memorial service for Mary will take place on October 1 at 2:00 pm in the Sanctuary at Providence United Methodist Church located at 2810 Providence Road Charlotte, NC 28211. Masks are required indoors. An outdoor reception will immediately follow in the Mission area of the church.
Interment will be at a later date. 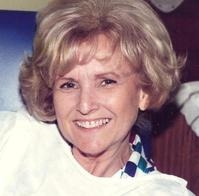 Published by Charlotte Observer on Sep. 26, 2021.
To plant trees in memory, please visit the Sympathy Store.
MEMORIAL EVENTS
Oct
1
Memorial service
2:00p.m.
Sanctuary at Providence United Methodist Church
2810 Providence Road, Charlotte, NC
MAKE A DONATION
MEMORIES & CONDOLENCES
Sponsored by The Charlotte Observer.
2 Entries
May God Bless you Aunt Mary. I loved that you were in my life. . May God be of comfort to all family during the days ahead.
Leandra Nelson
Family
September 26, 2021
RIP Aunt Mary. We enjoyed your visits to the mountains and our trip to Fl. Hayden has fond memories of going roller skating when he was younger. You will be missed. Love Hayden Calvin and Brenda
Brenda Sloan
September 25, 2021
Showing 1 - 2 of 2 results