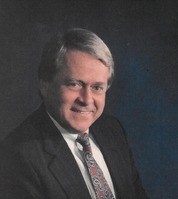 FUNERAL HOME
Weddington/Matthews Chapel - Matthews
3700 Forest Lawn Drive
Matthews, NC
Michael F. Walsh
September 20, 2021
Charlotte, North Carolina - Michael Francis Walsh, age 78, passed to eternal life at Sardis Oaks on September 20, 2021. He was born in Tulsa, Oklahoma on October 21, 1942, son of Sigrid Elizabeth Walsh and John Martin Walsh.
Mike attended Rockhurst High School in Kansas City, Missouri. He received his Doctor of Podiatric Medicine Degree from Pennsylvania College of Podiatric Medicine (now Temple University) in Philadelphia, PA. He practiced at Carolina Podiatry Clinic in Charlotte for 30 years, taking good care of his many patients.
Mike made Eagle Scout at any early age, held a private pilot's license, served on the Board of Directors at Carmel Country Club, and was a former Real Estate Broker.
He leaves behind his sister Susan Walsh Boyle (Donald) of East Greenwich, RI, his son David A. Walsh (Catherine) and grandsons Connor and Taylor Walsh, of Charlotte. He is also survived by his daughter-in-law, Melissa V. Walsh, and grandchildren, Collin, Aidan, and Charlotte of Burlington, NC. He is also survived by Carol B. Walsh, of Charlotte, mother of his sons.
Mike was preceded in death by his parents, his brother, John D. Walsh, and by his beloved son, Michael D. Walsh (2019). He will be greatly missed by family
and friends.
A visitation for family and friends will be held on September 28, 2021 from 5:00 to 7:00 p.m. at Heritage Funeral Services at 3700 Forest Lawn Drive, Matthews, NC.
A Mass of Christian Burial will be held at a later date in East Greenwich, Rhode Island.
In lieu of flowers, a memorial contribution can be made in memory of Michael D. Walsh (Class of 1987) to Charlotte Catholic High School (7702 Pineville-Matthews Road Charlotte, NC 28226) for development of future athletic fields.

Published by Charlotte Observer on Sep. 26, 2021.
To plant trees in memory, please visit the Sympathy Store.
MEMORIAL EVENTS
Sep
28
Visitation
5:00p.m. - 7:00p.m.
Heritage Funeral Home, Weddington/Matthews
3700 Forest Lawn Drive, Matthews, NC
Funeral services provided by:
Weddington/Matthews Chapel - Matthews
MAKE A DONATION
MEMORIES & CONDOLENCES
Sponsored by The Charlotte Observer.
3 Entries
I am so sorry to read this .. sending prayers of peace to his family and loved ones. He was a wonderful man to work with!
Renee Wilson
Work
October 3, 2021
Mike and I were trusted friends. We met in Charlotte and played lots of golf together. Recently Mike reminded me of the "fell out of the golf cart episode" 50 years ago. I was driving when Mike fell out. He will be missed by his family and friends Our prayers are with the Walsh family.
Bill Bergner
September 26, 2021
I am a classmate of Mike from class of 68 at PCPM. He will always be remembered as a great guy and a wonderful doctor loved by his patients and all that knew him. When you look in the Webster´s dictionary for the word cool it will have Mikes pictutre next to it. My wife and I and classmates send our sincere condolences to Mike´s family and friends
Paul LaFata
Friend
September 22, 2021
Showing 1 - 3 of 3 results