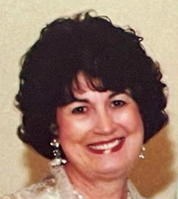 BORN
1941
DIED
2021
FUNERAL HOME
Carpenter-Porter Funeral & Cremation Services
1100 E Main St
Cherryville, NC
Patricia Payne Eaker
September 8, 2021
Cherryville, North Carolina - Patricia Payne Eaker, age 79, of Cherryville, passed away Tuesday, September 8, 2021 at her home. She left us peacefully, surrounded by family. She was born Patricia Sue Payne October 30, 1941, in Salisbury, NC, the daughter of the late Lois Beam Payne Vernon and the late William Carl Payne. Patricia (Pat) was married 61 adventurous years to Guy Howard Eaker, Sr. Pat was a member of the First United Methodist Church in Cherryville, NC. She was a devoted wife, an amazing mother, grandmother and a trusted friend. Pat was a fabulous cook and the most selfless, sweetest person anyone would be blessed to know. Her love, sense of humor, and dedication to the Lord and her family was obvious to all who knew or met her. She will be greatly missed.
Those left to cherish her memory are her husband, Guy H. Eaker, Sr.; her son, Guy H. Eaker, Jr., of Cornelius, North Carolina; her daughter, Carla Eaker Truluck of Charlotte, North Carolina; her grandchildren, Guy H. Eaker, III; and Caroline Eaker Perry; great grandchildren: Noah, Apollo and Josie; her half-sister, Rebecca Phillips of Hickory, North Carolina, and her grand-dog, Courtney Truluck, whom she absolutely adored. Preceded in death by her brother, Jerry Payne, and her half-brother, Bobby Vernon.
A private family service will be held soon. The family would like to extend special thanks to caregivers, family and friends. In lieu of flowers, the family requests donations to The First United Methodist Church, 601 North Pink Street, Cherryville, North Carolina 28021, or the charity of the donor's choice.
Online condolences may be made to the family at carpenterporter.com.

Published by Charlotte Observer on Sep. 12, 2021.
To plant trees in memory, please visit the Sympathy Store.
MEMORIAL EVENTS
To offer your sympathy during this difficult time, you can now have memorial trees planted in a National Forest in memory of your loved one.
Funeral services provided by:
Carpenter-Porter Funeral & Cremation Services
MAKE A DONATION
Please consider a donation as requested by the family.
MEMORIES & CONDOLENCES
Sponsored by The Charlotte Observer.
0 Entries
Be the first to post a memory or condolences.