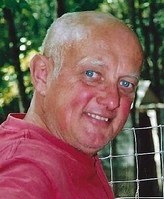 BORN
1948
DIED
2021
FUNERAL HOME
McEwen Funeral Service-Pineville Chapel
10500 Park Road
Charlotte, NC
Raymond Charles Davies Williams
February 19, 1948 - October 8, 2021
Waxhaw, North Carolina - Ray Williams, a pioneer in computer technology for fabric knitting and, in later life, a gifted horse trainer, has died age 73. He had been diagnosed with emphysema and cancer.
Ray, of Holly Bush Farm, Marvin, Waxhaw, leaves his wife, Terry, and a brother, Richard.
Raymond Charles Davies Williams, son of the late Charles and Minnie Grace Williams, was born in Chester, England, and brought up in the nearby village of Holt – just over the English border into Wales – where the family lived in social housing. He attended grammar school (high school) in Wrexham, leaving at 16 to work for Erie Electronics, an electronic component manufacturing firm in the same town.
While working for Erie, he also spent time in college, gaining Ordinary and Higher National Diplomas in Electronics Engineering, and later studied at Aston University in Birmingham (in the English Midlands) where he gained an honours degree in the same subject.
In the early 1970s, while working for a British company that developed what was then pioneering technology for the commercial knitting industry, Ray visited America several times and liked it so much that, during one trip, he decided to stay. He worked for a number of corporations, including General Time, SAI Engineering and Gaston County Dyeing Machine, before starting his own business, R.C. Systems Inc.
This was a design consultancy which specialized in software and hardware for the commercial knitting of fabrics along with other business and industry applications. The fabric knitting systems allowed users to draw patterns or import photos and then automatically knot the image on large machines. His systems sold not only in the US but in other countries including the UK, Germany, and China.
In 1986, Ray married Terry Blankenship, from Charlotte, and they set up home in Pencoyd Lane, moving out of town some years later to Marvin. With several acres of land at their new home, Ray was able to indulge his interest in horses. He became well-known locally as an expert in retraining racehorses for gentler riding pursuits.
He developed a deep understanding of equine behavior and had a real gift for getting the best from any horse, using what he called "natural horsemanship techniques" in which the key elements were gentleness, hand signals and body language rather than traditional "breaking" techniques.
He especially enjoyed teaching people horsemanship and how to observe horses closely to enable greater understanding and empathy with them.
In a reversal of his racehorse re-training role, he was once call upon to train a horse for racing. Beaujack (known as BJ) was trained by Ray Williams as a colt at Hollybush farm, and soon went on to win a first place, four seconds, a third and two fourths at various race meetings, earning more than $50,000 dollars for his owners. Most racehorses don't win as much as their purchase price: BJ had been bought as a colt for just $1,000.
Ray Williams was also the driving force behind MARES – the Marvin Area Recreational Equine Show, an event with the purposes of explaining to non-riders all that horses had to offer. The first year drew 200 people; by the fourth year, the attendance was nearly 1,600.
He was also active in other parts of the community, serving as chairman of the Village of Marvin Planning Board from 1999-2005, and later as chairman of the Marvin Parks and Greenway Board for around three years.
Apart from all this, for many years he also found time to indulge his passions for scuba diving and snow skiing, earning top qualifications in the process.
Ray Williams will be sadly missed by his family, friends and the local Marvin community, and much further afield, wherever his electronic innovations and infectious enthusiasm for horses enabled him to forge links.
Memorial Gifts may be made to the Mitey Riders, a therapeutic riding school for the disabled.
Condolences and fond memories may be shared at www.McEwenPinevilleChapel.com.
We plan to have a "Celebration" of Ray's life at a later date. To be included, please email your contact information plus a sentence about how you know Ray to the following private email address: [email protected].

Published by Charlotte Observer on Oct. 17, 2021.
To plant trees in memory, please visit the Sympathy Store.
MEMORIAL EVENTS
To offer your sympathy during this difficult time, you can now have memorial trees planted in a National Forest in memory of your loved one.
Funeral services provided by:
McEwen Funeral Service-Pineville Chapel
MAKE A DONATION
MEMORIES & CONDOLENCES
Sponsored by The Charlotte Observer.
2 Entries
My sincere condolences for your loss. Ray was a bright light in the world and will be deeply missed. (Psalms 94:19)
Ryan
October 14, 2021
As the days and weeks pass, and as you return to life's routine, may you continue to feel comforted by the love and support of family and friends. Please find comfort in the words found at 2nd Thessalonians 2: 16,17.
DT
October 14, 2021
Showing 1 - 2 of 2 results