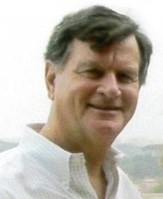 BORN
1944
DIED
2021
FUNERAL HOME
Kenneth W. Poe Funeral & Cremation Service - Charlotte
1321 Berkeley Avenue
Charlotte, NC
Robert Kent Goolsby
August 14, 1944 - October 5, 2021
Charlotte, North Carolina - Robert Kent Goolsby, 77, passed away on Tuesday, October 5, 2021. Born in Lynchburg, VA to the late Robert "Bill" Beverly and Beulah (Winebarger) Goolsby, Kent graduated from Boonsboro High School in Boonsboro, VA and went on to Virginia Polytechnic Institute and Virginia State University obtaining a degree in Architecture and a master's degree in Urban Planning.
Kent served in the US Army rising to the rank of Lieutenant. During his time in the Army, Kent served as an officer in the prestigious Old Guard tied to the White House and Arlington Cemetery. He later served as platoon leader in Vietnam, earning numerous medals, including both a Bronze Star and a Silver Star. The Silver Star, the Army's third highest honor, was awarded to Kent in 1969 for distinguishing himself by advancing under heavy enemy fire to take out a sniper position with a well-placed grenade. For those who knew Kent, this would come as no surprise.
Returning from Vietnam in 1969 was no picnic, but over the years Kent took great pride in his service and reconnected with many Vietnam veterans from the 1st Battalion, 8th Infantry in which he served. Kent's admiration for the military lives on through the monument he designed for The Korean War Memorial in Mint Hill which was the first memorial in North Carolina devoted solely to Korean War veterans.
In 1972, Kent moved to Charlotte, NC to pursue a job in architecture where met his wife Patricia (Pat). Married on October 6, 1973, they would have celebrated their 48th wedding anniversary this year.
During Kent's career as an architect, he worked at several firms in the Charlotte area, serving as a principal at J.N. Pease Architecture before starting his own firm. He loved being an architect and continued to practice until his death.
Throughout his life, Kent found his greatest joy in family and the many friendships he nurtured over the years. He was enormously proud of his two daughters who grew up to embody the same kindness, courage and can-do spirit that defined Kent. Kent always loved sharing his knowledge and inspiring curiosity in the next generation. In his mind, this was a "job well done". Affectionately known as "Grand dude", Kent loved spending time with his grandchildren going to the beach, taking flashlight walks at night, swinging in the hammock, and any other silly things he or they could think of.
Kent loved traveling throughout the world, as well as enjoying his many trips back to his hometown of Lynchburg, VA where he stayed connected to family and many lifelong friends. No matter what or where, Kent was always up for the next adventure.
Described by his friends as the quintessential southern gentlemen, Kent was kind, thoughtful and eager to help people however he could. He was a man of service. No matter what needed to be done, occasions to be celebrated, Kent always showed up. He was a man of many talents — a true Renaissance man. Whatever Kent didn't know how to do, he learned how to do. It is almost impossible to sum up a life so well lived. Kent is leaving a big, big hole and will be missed incredibly by his family and the many friends that loved him.
A member of Boonsboro Methodist Church, throughout his childhood, while in Charlotte, Kent attended Trinity Presbyterian Church for many years where he was an elder. He also frequented Forest Hills Church and others wherever a good sermon took him.
Kent leaves behind his wife, Patricia (Pat) Haley Goolsby; daughters, Erin Cassell and her husband, Robert (London, UK) and Lauren Freeman and her husband, Nick (Charlotte, NC); grandchildren, Evelyn Cassell, Dexter Cassell, Harper Cassell, and newest grandchild Lucas Kent Freeman born October 6, 2021. Also surviving are his brother, Reginald "Reggie" Goolsby and his wife, Patsy; nephews Clint Goolsby and his wife, Amy, Jason Goolsby and his wife, Lisa; niece, Wendy Jamerson and her husband, Greg all of Lynchburg, Virginia, as well as numerous great nieces and nephews all of whom he cherished greatly.
A memorial service will be planned for Kent later this year for family and friends, Covid precautions permitting.
Kent will be buried at Arlington National Cemetery at a date to be determined.
Memorials may be offered in memory of Kent to Community Home Care & Hospice, 156 Corporate Blvd., Indian Trail, NC 28079 or Boonsboro Methodist Church at 6205 Boonsboro Road, Lynchburg, VA 24503.
Arrangements are in the care of Kenneth W. Poe Funeral & Cremation Service, 1321 Berkeley Ave., Charlotte, NC; 28204 (704) 641-7606. Online condolences can be shared at www.kennethpoeservices.com.

Published by Charlotte Observer on Oct. 17, 2021.
To plant trees in memory, please visit the Sympathy Store.
MEMORIAL EVENTS
To offer your sympathy during this difficult time, you can now have memorial trees planted in a National Forest in memory of your loved one.
Funeral services provided by:
Kenneth W. Poe Funeral & Cremation Service - Charlotte
MAKE A DONATION
MEMORIES & CONDOLENCES
Sponsored by The Charlotte Observer.
0 Entries
Be the first to post a memory or condolences.