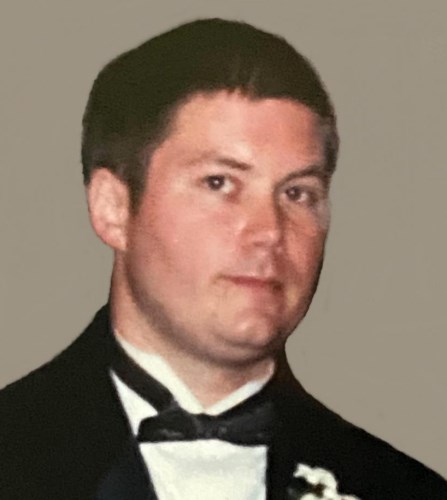 Born June 3, 1966 in Charlotte, he was the son of the late William Frank Black, Jr. and Diane Miller Sperau. Following graduation from South Mecklenburg High School he proudly served in the U.S. Marine Corps. After his service ended Frank attended and graduated from UNCC with a degree in Criminal Justice.

Frank was generous with his time and had a passion for taking care of others. Frank served as a caregiver for his grandfather, followed by his grandmother, and devoted countless hours caring for his father who also battled cancer. Frank was a lover of dogs and had a special love for his mom's golden retriever, Soffee. His extreme love for his mom, dad, brother, nephews, nieces, cousins and extended family were evident in every holiday gathering and he would never miss an opportunity to gather with his family.

He is survived by his mother, Diane Sperau; brother Eric W. Black; Eric's wife, Amy and nephews and nieces, Sara-Ashlyn, Madyson and Nicholas Black; his aunt, Sally Miller and her two sons Jay Miller (Sondra) and Malcolm Miller (Carolyn) and their children, Brian, Brittany and Laura.

A memorial service to celebrate Frank's life will be at a later date.

Condolences may be offered at www.harryandbryantfuneralhome.com.

Published by Charlotte Observer on Jun. 28, 2020.
To plant trees in memory, please visit the Sympathy Store.
MEMORIAL EVENTS
To offer your sympathy during this difficult time, you can now have memorial trees planted in a National Forest in memory of your loved one.
Funeral services provided by:
McEwen Funeral Home & Cremation @ Myers Park
MAKE A DONATION
MEMORIES & CONDOLENCES
1 Entry
Ill miss you Frank.
Allen Skeens
Friend
June 28, 2020
Showing 1 - 1 of 1 results