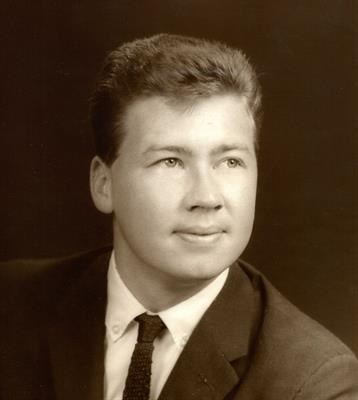 BORN
1937
DIED
2017
ABOUT
East Mecklenburg High School
FUNERAL HOME
McEwen Funeral Home & Cremation @ Myers Park
500 Providence Road
Charlotte, NC
Frank, 79, passed away Saturday, January 14, 2017 peacefully at his home in Charlotte. He was in the company of his loving family and in the devoted care of hospice.

Born November 22, 1937 in Charlotte, he was a son of the late William Frank Black and Sarah Covington Black. Following graduation from East Mecklenburg High School, he proudly served in the U.S. Army and was awarded the National Defense Ribbon. Frank furthered his education at Kings College in Charlotte. He started his career with Celanese and later worked for both Miller's and Kale Office Outfitters as a sales representative. Finally, in his later years he entered into business for himself as an antique dealer.

Frank lived in Charlotte his whole life; raised on a dairy farm, he grew up milking cows and delivering milk door to door. During his high school years he was an exceptional athlete playing baseball and football at East Mecklenburg High School. His joy in life was his family and friends. He was a devoted father and grandfather. He was very active in his grandchildren's life, attending their sports and activities including football games, soccer games and dance recitals. Also, he adored his companion Gloria. They enjoyed annual beach trips to Myrtle Beach and Folly Beach together and going out to lunch with friends. Frank enjoyed taking walks and playing golf. For the last 9 months of his life while battling cancer, his son Franklin has been devoted to taking care of him.

He is survived by his two sons, Frank Black, III and Eric W. Black of Charlotte; Eric's wife, Amy and three beloved grandchildren, Sara-Ashlyn, Madyson and Nicholas Black; his sister, Sally Miller and her two sons Jay Miller (Sondra) and Malcolm Miller (Carolyn); and his nieces and nephew, Brian, Brittany and Laura. Also, he is survived by his companion of 38 years, Gloria Blackwood.

A service to celebrate Frank's life will be held at 3:00 p.m. Tuesday, January 17th at Sharon Presbyterian Church, 5201 Sharon Road, Charlotte. Burial will follow in the church cemetery. The family will then receive friends in the church hall. 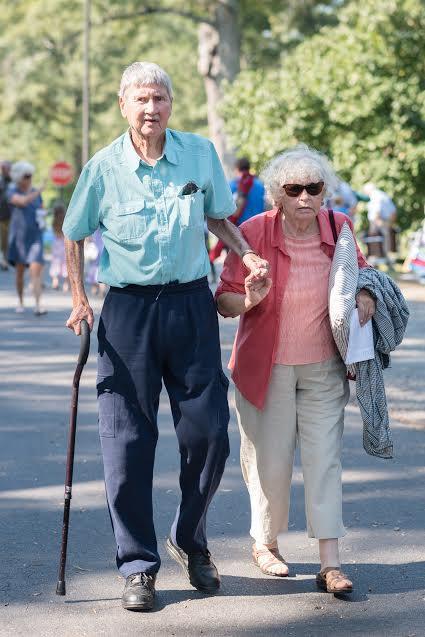 January 23, 2017
Frank will be missed. He had a genuine interest in those he talked to. My best wishes to the family and to Gloria.
Louise Phillips
January 17, 2017
Our thoughts and sincerest prayers are with the Black family. We are so sorry for your loss and pray specifically for comfort, peace and the fondest memories as you celebrate your dad's life.
Diana & Tyler Carter
January 17, 2017
Gloria: So many memories over
so many years, God Bless
Linda & Michael Hovis
Tryon, North Carolina
January 17, 2017
Eric, we are keeping you and your family in our thoughts and prayers as you remember and celebrate your Father's life. We are so sorry for your loss.
Jodie Petrone
January 17, 2017
To my best friend, I will always love you and will miss you..Love so much,Gloria
Gloria Blackwood
January 16, 2017
Truly the best , welcome to the glory of GOD in the highest my dear cousin. Thank you Gloria, Frankie Jr., Eric for bringing him joy here on Earth.
Curtis Hurst
January 16, 2017
As neighbors at Metrolina for almost twenty years, we know Frank to be one of the nicest of men, a true Southern gentleman. Our thoughts are with Gloria and Eric and Franklin and their families at this time and our hopes are that your memories of this warm and gentle man will ease your sorrow.
Helen, Kent, and Jesse Juday
January 16, 2017
You and your family are in our thoughts and prayers
Jim and Vonda Covington
January 16, 2017
Our Friend Frank has left a lot of wonderful memories with us. He will truly be missed. Our thoughts and prayers are with
Gloria, Frank Jr and Eric and the rest of Frank's family. He definitely meant a lot to Sam. Judy & Sam
January 16, 2017
My deepest sympathy to Gloria and to Frank's family. I knew Frank through Gloria, and he was a kind wonderful person. You all will be in my thoughts and prayers.
Sylvia Beasley
January 16, 2017
My thoughts and prayers go out to the Black family. I worked with Frank at Celanese many years ago. He was one of the nicest people I knew. God be with you through this sad time.
Tillie Ray
January 16, 2017
The world is a sadder place without Frank. Such a kind and caring man. My mother Caroline and I always enjoyed seeing Frank and Gloria at her estate sales. Both such great human beings. I feel so honored and blessed to have known him. Your families are in my thoughts and prayers.
Deborah Gray-Smith
January 16, 2017
Our prayers for comfort and strength go out to Franklin, Eric, Gloria, and the rest of the family that Frank leaves behind. What a wonderful man we all had the privledge of having in our lives. He will be greatly missed.
Justin Sykes
January 16, 2017
Eric and family. My thoughts and prayers are with you and your family during this difficult time. I am so sorry about your loss but your Dad is in God's arms now and no longer suffering.
Sherry King
January 16, 2017
Sally and family,
I first met Frank as the driver of my school bus. Sally was in my classes growing up. Remember the dairy well. So sad to lose a loved one.

We rejoice with you in Frank's homecoming;
We shed tears of sorrow with you for your loss;
We lift you up in our hearts for peace and comfort;
And pray that each day gets better and better.
Frank Jones
January 16, 2017
Frank will dearly be missed by the Blackwood family.He was a caring person with a great sense of humor and fun to be around.It is sad to see him leave.Our sympathy goes out to his family and friends. Love-Gloria,Jeff,Jimmy,Jeffery,Tammy
Blackwood Family
January 15, 2017
We were good friends with Frank and Gloria for many years. He was a funny and sweet guy. Our love and sympathy goes out to Gloria and to Frank's family. May your memories bring you comfort... Sheryl & Bill
January 15, 2017
Our thoughts and prayers go out to Frank's family, Gloria and friends at this very difficult time. Frank was such a kind and caring person. Will miss his wit and all the memories we have shared through the years with him and Gloria. Frank will surely be missed by so many and forever in our hearts.
Tom & Susan Homesley
January 15, 2017
I am sorry about your loss. I always enjoyed seeing him. He was a special person.
January 15, 2017
May God's loving kindness and comfort help you and your family through this very sad time Psalms 29:11
January 15, 2017
Showing 1 - 22 of 22 results