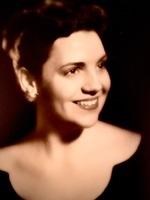 Longtime Streeterville resident, Dolores Roe Thompson, has died after a two-year battle with Lewy Body Dementia. Born in 1933 to B. T. Roe and Loretta Spellman, Mrs. Thompson spent her early years dividing time between her ancestral home in Chicago's Belmont Harbor neighborhood and East Washington, Pennsylvania where she was raised by her aunt Eleanor Roe Samolsky. In the summers of her youth, she lived with and travelled coast to coast with her father who was an innovative sales executive for Crosley Radio and later, a Los Angeles-based aviation parts supplier. After High School, Mrs. Thompson became part of the second generation of women in her family to attend Northwestern University. Upon graduation, Mrs. Thompson moved to the newly developed neighborhood of North Streeterville where she remained a resident for the rest of her life. There, she met her first husband Harold Conn, an Air Force officer turned real estate developer. They had two children, a daughter Tracy and son Roe, a long-time Chicago radio and television personality. After their divorce in the mid 1970's Dolores married Executive Health pioneer Charles Thompson, M.D. The two became stalwarts in arts, philanthropy and social service until Dr. Thompson's death in 1988. Mrs. Thompson is survived by her two children, Tracy and Roe, as well as her granddaughter Torie Conn and her husband Amarit Dulyapaibul. Private services will be held. In lieu of flowers, donations can be made tosupport.americanbrainfoundation.org. Funeral arrangements handled by Kuratko-Nosek Funeral Home. Online condolences may be offered to the family at www.KuratkoNosek.com. Info: (708) 447-2500.

Published by Chicago Sun-Times from Nov. 18 to Nov. 21, 2021.
To plant trees in memory, please visit the Sympathy Store.
MEMORIAL EVENTS
To offer your sympathy during this difficult time, you can now have memorial trees planted in a National Forest in memory of your loved one.
Funeral services provided by:
Kuratko-Nosek Funeral Home
MAKE A DONATION
MEMORIES & CONDOLENCES
Sponsored by Chicago Sun-Times.
1 Entry
Dolores loved life, she will be missed.
Kelly
November 18, 2021
Showing 1 - 1 of 1 results