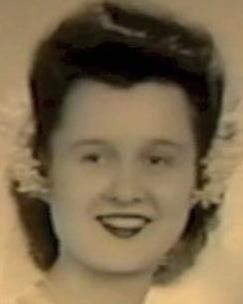 BORN
1925
DIED
May 9, 2020
Albina, age 94, was born on September 9, 1925 in Chicago IL, and passed away on May 9, 2020 in Albuquerque, NM. The only daughter of Walter Mitrenga, a Polish immigrant and cabinet maker, and Frances Malinowski Mitrenga, the daughter of Polish immigrants, and a telephone operator. She had three older brothers: Arthur John, Thaddeus (Ted) Walter, and Edward Paul, and one younger brother, Father Edwin Francis, a Catholic priest. She was the last surviving member of her immediate family and very proud of them all, and of their Polish heritage. Albina was married to John William Adams for more than 68 years before his passing in 2014. Together they had three sons; and she is survived by Philip (Peggie) of Galena, MO, Marshall (Kelly) of Albuquerque, NM, and Victor of Plano, TX. She is also survived by sisters-in-law: Dolores Mitrenga of Elgin, IL, Della Waymack and Imogene Neff of Ozark, MO, Wanda Graves of Green Valley, AZ; and former daughter-in-law Diane Cebulak Adams of Plano, TX. Her grandchildren, Angela Adams Martilik (Jerry), Veronica Adams, and John Adams; her great-grandchildren, Steele and Violet Martilik also mourn her passing. Albina has requested a private cremation with no funeral services, There will be a Memorial Mass scheduled at St. Hyacinth Basilica where she attended school and was married.

To plant trees in memory, please visit our Sympathy Store.
Published by Chicago Tribune on May 17, 2020.
MEMORIAL EVENTS
Service
Private Service
Memorial Mass
Service details to be determined.
MAKE A DONATION
MEMORIES & CONDOLENCES
0 Entries
Be the first to post a memory or condolences.