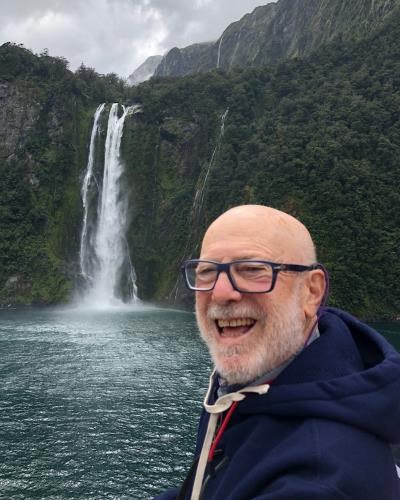 In San Francisco, he was hired by Heller, Ehrman, White & McAuliffe, where he spent 5 years as a young associate lawyer. Al left his law practice in 1963 and obtained a master's degree in City & Regional Planning from UC Berkeley. Upon graduating, he joined the newly-created SF Bay Conservation & Development Commission (BCDC) and in his 6½ years there became its deputy director and wrote the regulations that to this day protect the Bay. From 1962-64, he was a member of the San Francisco Planning Commission. Following BCDC, Al led a small private firm practicing city planning for 12 years. After two successful careers as lawyer and city planner, Al retired, spent four months in France perfecting his French, and travelled with a group to Israel that would later become the founders of the New Israel Fund.

In the midst of the AIDS epidemic, Al felt his calling was to become a psychotherapist. He returned to UC Berkeley and obtained a master's degree in Social Welfare. Al built a successful private practice, seeing clients until he was well into his 80s. Al also raised significant funds to help provide long-term outpatient psychotherapy and was a founding Board member of the Access Institute for Psychological Services.

Al will be most remembered as a brilliant and strategic philanthropist. He brought his illimitable energy and compassionate heart to every endeavor. His initiation into advocating for the rights and liberties of others began with joining the board of the ACLU of Northern California in 1976. Over 50 years, Al worked tirelessly within the Jewish community. He was the founding board member of the New Israel Fund, advocating for equality and democracy in Israel, and traveled to Israel fourteen times. In 1984, while serving as the only out gay board member of Jewish Family & Children's Service of San Francisco, Al established an endowment committed to educational and therapeutic outreach to children and the aged. He was director of the Jewish Community Federation and Endowment Fund. Al was also a longtime member of San Francisco's LGBTQ+ Congregation Shamar Zahav.

Al fought passionately for LGBTQ+ inclusion, nurturing many grassroots and progressive organizations with his wise counsel and philanthropic support. His background in law led to a successful tenure as director of Lambda Legal (1994-2000), dedicated to achieving full equality for lesbian and gay people. Al actively championed those fighting discrimination, and was the founding chair of the LGBT Alliance in 1975. Benchmark groups for democracy, LGBTQ+ inclusion, and the arts benefited from his wisdom and generosity, among them the National Center for Lesbian Rights (NCLR) and San Francisco's Openhouse, providing LGBTQ+ seniors housing and other community services. In 2013, at the age of 82, Al was given the Lifetime Achievement Award and served as Grand Marshal of the San Francisco Pride Parade, one of the highlights of his life. Consistently droll, he remarked to friends he received the award simply for being around so long, but deeply cherished the honor.

In addition to his work in the community, Al had a lifelong passion for art. He filled his home with artifacts from around the world and well-renowned paintings, photographs, and sculpture. One of his most beloved pieces, a ten-foot sculptural piece by Viola Frey he affectionately named "Doris," greeted visitors as they entered his home. As an ardent supporter of the arts, he served as Director of the Fine Arts Museums of San Francisco and a member of its Executive Committee (1996-2006). Al was also patron to the New Conservatory Theatre Center and Berkeley Rep.

From the 1960s until the 2000s, Al was a familiar sight zipping around town on his iconic red scooter. It was during these years that Al, ever affable and sharp-witted, entertained at his Green Street home and developed his many lifelong friendships. In 1977 he wrote to the Harvard class of 1952, "I have become more open, more accepting, less 'uptight,' in both my professional and my personal life… if I were ever to have what I'd thought I wanted - the house with the 'white picket fence' - the partner there would be a man rather than a woman." In 2004, Al met that man, Robert Holgate. Their relationship endured and grew over seventeen years. They married on their tenth anniversary in 2014, and together traveled, collected art, and worked on philanthropic endeavors in the LGBTQ+ community.

A virtual Celebration of Al's Life will be held on April 13th at 4p PT followed by a virtual Shiva the next afternoon, April 14th at 4p PT. More information regarding both services can be found on his memorial page at GatheringUs.com. Al loved a good party so all are welcome to attend one or both events.

Charitable donations can be made in Al's honor to any of the following organizations: New Israel Fund, ACLU, Openhouse and/or New Conservatory Theatre Center.

To plant trees in memory, please visit our Sympathy Store.
Published by Chicago Tribune on Apr. 8, 2021.
MEMORIAL EVENTS
No memorial events are currently scheduled.
To offer your sympathy during this difficult time, you can now have memorial trees planted in a National Forest in memory of your loved one.
GUEST BOOK
1 Entry
May the love of friends and family carry you through your grief. Our warmest thoughts and prayers.
Loretta Dill
April 6, 2021