It is with great sorrow that we announce the passing, on Wednesday, August 19, 2015 at home in Washington, DC, of AMY APFEL KASS, beloved wife, cherished mother, grandmother and sister, revered, masterful teacher. Born Amy Judith Apfel in 1940. Mrs. Kass grew up in New York City, where she graduated from the High School of Music and Art. She was educated in the College of the University of Chicago, and then earned a Master's Degree at Brandeis University and a Ph.D. in the history of education at The John Hopkins University. She began teaching at Lincoln-Sudbury Regional High School in Sudbury, MA and later at St. John's College in Annapolis, MD, but her vocation was fulfilled during 34 years teaching in the College of the University of Chicago. There, through her intimate seminars, she brought to life great works of Western Civilization and opened the hearts and broadened the minds of hundreds of undergraduates. Through her searching questions, freely yet tenaciously pursued, students were invited to think deeply not only about the works of Homer and Shakespeare, George Eliot and Tolstoy, Tocqueville and Melville, but also about themselves, our common humanity and the path they might chart toward living a good life. Generations of her students benefited from her deep interest in who they were and who they might become. Treating them as better than they knew themselves to be, she enabled them to raise their sights and to aspire to meet her expectaions of them. Her practice of educating for thoughtfulness is institutionalized at Chicago in the ongoing Human Being and Citizen common core course, which she co-founded (with her husband and colleague, Leon Kass) and led for three decades, and in the Fundamentals: Issues and Texts Bachelor's Program, in which she was a most influential teacher and advisor. In addition to her teaching, Mrs. Kass served on the National Council on the Humanities for the National Endowment for the Humanities, as a consultant to the Corporation for Public Broadcasting and the Corporation for National and Community Service, and most recently as a Senior Fellow at the Hudson Institute. She founded the "Tocqueville Seminars on Civic Leadership" and nationwide "Dialogues on Civic Philanthropy", authored numerous articles, and edited anthologies on American autobiography and on the idea and practice of philanthropy. With her husband, she produced two or more anthologies, one on courting and marrying (Wing to Wing, Oar to Oar), and one on American national identity and civic attachment (What So Proudly We Hail: The American Soul in Story, Speech, and Song), as well as a series of e-books on The American Calendar, one for each of ten national holidays. "Strength and dignity were her clothing, and she laughed at the time to come." The proverbial woman of valor, in sickness as in health, Amy Kass will be sorely missed by her husband of 54 years, Leon R. Kass, Her children, Sarah Kass (of Jerusalem) and Miriam R. Kass and her husband, Robert Hochman (of Chicago), her granddaughters, Polly, Hannah, Naomi and Abigail, her siblings, Dr. Roberta J. Apfel, Dr. Franklin J. Apfel and David J. Apfel, and hundreds of family members, friends and former students. Funeral services will be held on Friday, Aug. 21, 2015, 12:00 pm at Ohev Sholom - The National Synagogue, 1600 Jonquil St. NW, Washignton, DC. Interment will be held on Sunday, Aug. 23, 2015, 2:00 pm at Oak Woods Cemetery, 1035 E. 67th St., Chicago, IL. Contributions in her memory may be made to the Leon and Amy Kass Odyssey Scholarship Fund at the University of Chicago. Arrangements entrusted to Torchinsky Hebrew Funeral Home, Washington D.C. 1-800-500-5401 (endorsed by the Rabbinical Council of Greater Washington).
To plant trees in memory, please visit our Sympathy Store.
Published by Chicago Tribune on Aug. 21, 2015.
MEMORIAL EVENTS
Aug
21
Funeral service
12:00p.m.
Ohev Sholom - The National Synagogue
1600 Jonquil St., NW, Washington, District of Columbia
Aug
23
Interment
2:00p.m.
Oak Woods Cemetery
1035 E. 67th St., Chicago, Illinois
GUEST BOOK
16 Entries
As a student of Human Being and Citizen in '83-84, I happily owe Mrs. Amy Kass an unpayable debt of gratitude for initiating me and my classmates into the wonderful, inspiring, life changing, exuberant and exacting world of textual analysis. She changed our lifes immeasureably and set us on a lifelong course of inquiry, ideas and critical thought. Perhaps even more impressively, it always felt to us as if she did so gently and lovingly, despite the intellectual rigor that she brought to each and every encounter. For these gifts, I will be forever in her debt, hoping only that one day my own daughter might encounter a teacher like her.

In these days of great loss, I hope that her family may find comfort.

May her memory be for a blessing.

Joe Karten, New York City
Joe Karten
September 15, 2015
Dear Leon and family, I was so very saddened to read of Amy's death. You two were the most wonderful, loving and engaging couple. May God hold her in the palm of His hand. With deepest sympathy. Susan Koehler
Some time ago, I sent a photo of a friend of yours, Greg Campbell. We were on a trek - the Tour du Mont Blanc. The world is quite small.
September 14, 2015
September 14, 2015
I owe much of who I am as a person and as a professor to Amy. Every time I step into a classroom I do so in tribute to her. I hope that I have a fraction of the impact on my students as she did on hers.
Serh Weinberger
August 27, 2015 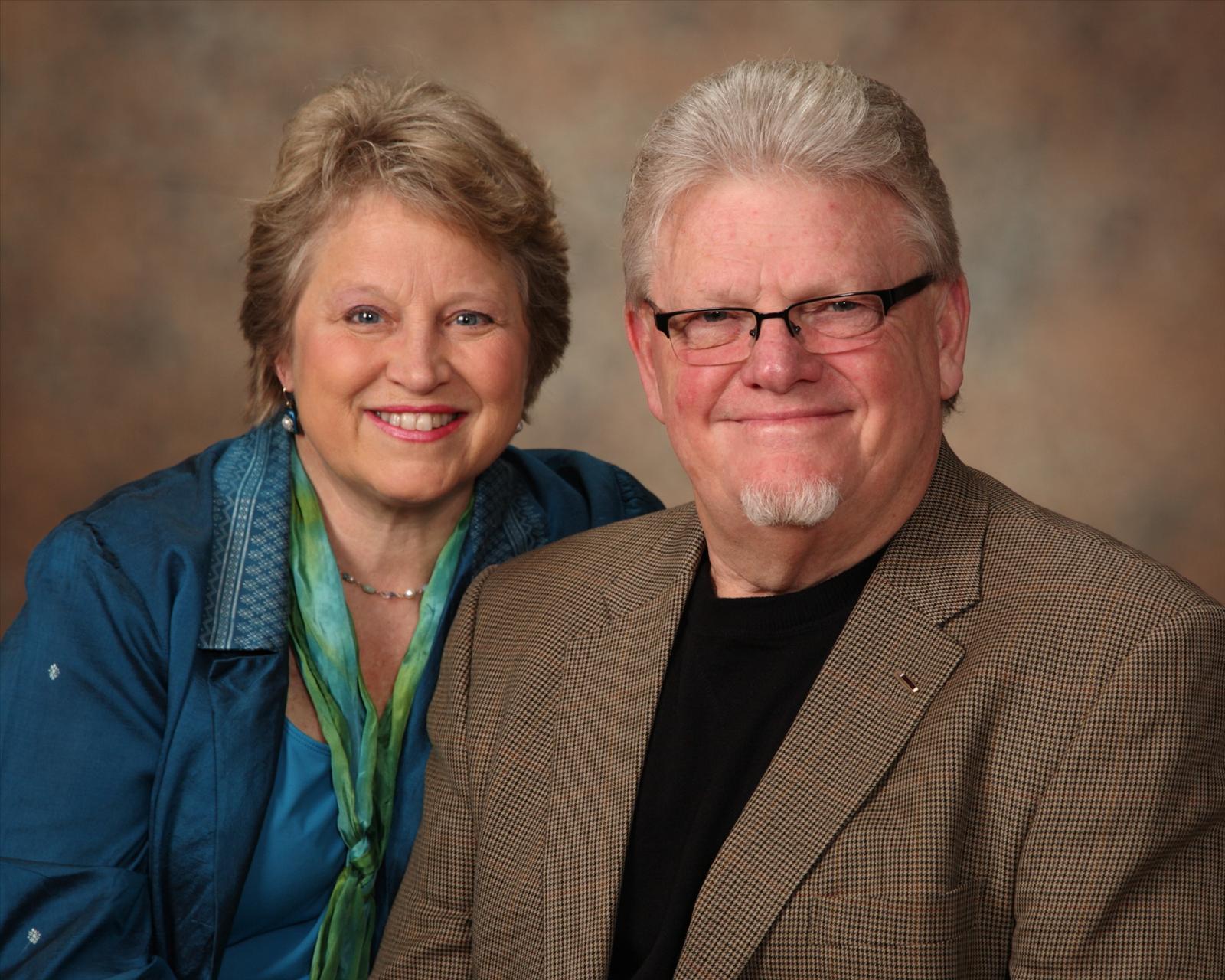 My deepest sympathies to Prof. Kass and their daughters, and the rest of Prof. Amy Kass' friends and family. Hers was a life brilliantly lived; she is a presence and an intellect that will be greatly missed. To this day I thank my lucky stars I was fortunate enough to be one of the incoming students at University of Chicago (1977) to receive a letter asking if I wanted to be part of an "experimental" joint humanities and social science class. Replying yes, and having the opportunity to become one of the devoted fans of Amy and Leon Kass, who created and taught "Human Being and Citizen," truly changed my life. Not a week goes by I don't find myself making a decision by looking at a challenge through two lenses -- one of an individual human being and one as a citizen trying to do the right thing for the greater good. Thank you, Professor Amy Kass, for always believing in both my brain and my heart.
Lindsey Johnson
August 27, 2015
Leslie Lynn Ehrlich, "62. A great loss of a life well-lived.
August 26, 2015
When I tell my children to keep taking classes from a professor when they find a special one, I am thinking of Mrs. Kass. She influenced my college experience in such a meaningful and positive way that it is hard to find the words to express it.

May her memory be for a blessing.
Debra Goetz
August 26, 2015
Deepest condolences. A wonderful lady.
Dean Clancy
August 26, 2015
In 1993 I accompanied my daughter on a prospective student visit to U of C when we attended one of Amy Kass' classes. She was a remarkable teacher and I remember that hour vividly. It was doubly significant to me as she reminded me of teachers I remember with fondness, Christian Mackauer and Karl Weintraub.
steven solomon
August 26, 2015
Amy Kass, a bright light in this world. She helped me grow into the person I never thought I could be. She was a model of the best kind of teacher, the best kind of human being (and citizen!). My love and prayers go to Leon, Sarah, Miriam, and the whole family.
Ingrid Parker
August 24, 2015
Dear Leon,Sarah & Miriam

It is with heavy heart to hear about your loss.
We like to give you our support and love in this difficult time.
Our condolences and love for all of you
Diana & Dr. Ivan Hronsky
IVAN HRONSKY MD
August 24, 2015
There's no way I can express in words how much Mrs. Kass meant to me. She changed my life immeasurably for the better. Her memory will forever be a blessing. My love, thoughts and prayers to the Kass family.
Brad Glaza
August 23, 2015
Amy Kass wears the Crown of a Good Name.

My sympathy to Leon and the family.

Ada Solovy
August 23, 2015
I remember her carefully prepared talk to us at Akiba Schechter Jewish Day School, her warm smile, her beauty and her sense of calmness, and her knowing nod when Leon answered my question, "I did not leave The Movement. The Movement left me."
Steve Molasky
stephen molssky
August 22, 2015
Amy Kass cared so deeply about her students, you couldn't help but feel, in a way, loved, even though you never forgot how demanding she was on intellectual, ethical, and moral levels. It is hard to express how formative her classes--and she herself--were in my education. My heart goes out to the Kass family.
Martha Otis
August 21, 2015
My deepest condolences to the Kass family. I will always be indebted to Mrs. Kass' teachings in the Human Being and Citizen course, and simply hope I pass along to my children the deep love for knowledge and intellectual challenge she imparted to her students.
Jihad Shoshara
August 21, 2015