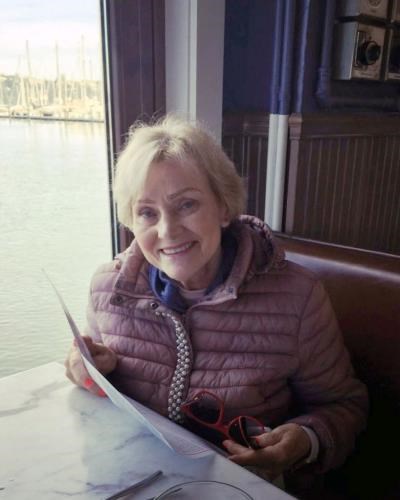 BORN
1947
DIED
2021
Anna Theresa Piecewicz (nee Mikolajczyk), 73, died peacefully on October 9, 2021, surrounded by her husband, two daughters, and surviving sister. Born in a displaced person camp on December 22, 1947, in Greven, Germany, her father Szymon was involved in the underground activities in Poland during WWII. Anna came to the United States in the early '50's, living in Chicago. She attended Holy Family Academy, in Chicago, and worked for many years in the hospitality industry. She proudly became a U.S. citizen in 1973. Anna married in 1978, moved to Oak Park that same year with her husband, raised her two children there, and stayed in the same home until her death.

Anna was an early volunteer and director of Sarah's Inn, member of the Oak Park Garden Club, and enjoyed many friendships through her involvement with the Oak Park Newcomer's Club, serving one year as president.

Anna is survived by her husband, Walter, her two daughters, Tiffany (Michael) Piecewicz, and Stephanie (James) Watters, both living in San Francisco, a grandson, Alexander Watters, and a soon-to-be-born granddaughter, Penelope Bayne. She also is survived by a sister, Josephine Kowalski.

To accommodate dear friends and relatives who live in other states and abroad who were instrumental in her life, and addressing current COVID conditions, a memorial celebration will be held in the early Spring, date to be determined, preceded by a Mass at her parish, St. Giles, Oak Park.

In lieu of flowers, donations may be made to the Sisters of the Holy Family of Nazareth, Des Plaines, IL.

Published by Chicago Tribune on Oct. 24, 2021.
To plant trees in memory, please visit the Sympathy Store.
MEMORIAL EVENTS
To offer your sympathy during this difficult time, you can now have memorial trees planted in a National Forest in memory of your loved one.
MAKE A DONATION
MEMORIES & CONDOLENCES
1 Entry
WITH SYMPATHY FOR YOUR LOSS. FOND MEMORIES OF ANNA. MANY YEARS AGO.
Karen Garifo
Friend
October 23, 2021
Showing 1 - 1 of 1 results