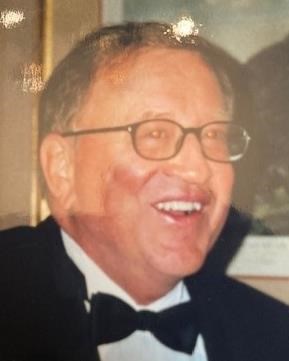 Successful entrepreneur, executive, husband, father, and grandfather, Anno Karl von Heimburg passed peacefully at home surrounded by family on Tuesday, May 11, 2021. Karl was born in Milwaukee, Wisconsin and was a proud graduate of the University of Minnesota.

In today's business world, Karl would be considered a start-up entrepreneur. Karl started a string of successful enterprises, but prior to those ventures, Karl began his career with the YMCA while also volunteering as a swim coach with the YMCA swim team. He successfully coached many swimmers and championship teams. Following his tenure with the YMCA, he turned his focus to develop and franchise grocery stores (Country Cupboard and Open Pantry) in the Illinois Fox Valley area. After Karl's success in retail businesses, he moved his focus to manufacturing and opened an operation, GNP, and that venture expanded to the Naples, Florida area. While in Naples, FL, Karl created several real estate ventures as well as a rental operations company. His entrepreneurial spirit continued but moved to the captive insurance industry, and in the early 1980's Karl founded Captive Resources, Inc. which continues to be a successful business today.

Throughout his career, one of Karl's skills was listening, recognizing, and cultivating talent and he played a key role in developing many careers. In the end, his genius was guiding and mentoring others so they excelled and believed in themselves and the beauty of their dreams. Over the course of his life, Karl never lost touch with the YMCA and along with his wife Valerie, contributed and funded the von Heimbug Aquatic Center at the Foglia YMCA. The von Heimburg Aquatic Center continues to give thousands of children the opportunity to attend summer camp, learn to swim and engage in sports and swimming programs.

Published by Chicago Tribune on May 20, 2021.
To plant trees in memory, please visit the Sympathy Store.
MEMORIAL EVENTS
May
20
Celebration of Life
Naples, FL
May
25
Burial
Munising, MI
MAKE A DONATION
MEMORIES & CONDOLENCES
1 Entry
We just heard of the news of Karl's passing this evening. Just yesterday, I found the picture of the family reunion held at your home in Barrington Lakes many years ago. So glad we were able to be a part of that gathering. We live fun time in Ft Myers having sold our beach property and WI property a few years ago. Lee was diagnosed with Alzheimer's in 2014 and even though in rapid decline, I'm still able to care for him at home. Blessings and prayers
PAULA JANE VON HEIMBURG
Family
May 20, 2021
Showing 1 - 1 of 1 results