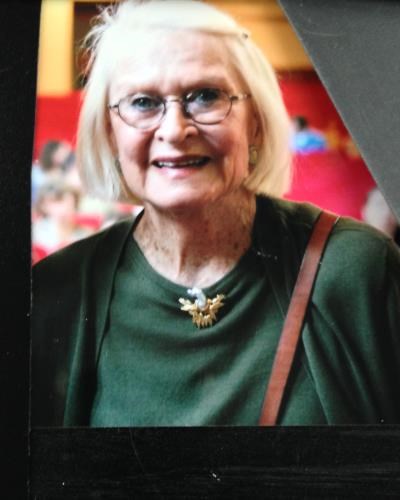 Bernice Pink, nee Steckloff, age 88, passed away peacefully at home on December 28, 2016. A long-time Chicagoan, Bernice will be remembered by her own words, "I'm one of the lucky ones." She was married to the love of her life, Chester A. Pink, until his death in 1974. They lived in Highland Park and in Chicago. Bernice was very active in the philanthropic community, beginning with fund-raising and charity fashion modeling upon her arrival in 1951 from New York, where she had attended the Dalton School. Over the ensuing decades, Bernice was a tireless advocate for DIFFA, AIDS Foundation of Chicago, Chicago House and the Alliance on Mental Illness. She trained her four-legged companion Jake as a service animal with Chenny Troupe. Bernice was also a founding board member of PAWS Chicago and active at the Anti-Cruelty Society. She chaired many events, but one of her proudest achievements was serving as chair of the Rita Hayworth Gala in 1990, when, for the first time in Chicago, over one million dollars was raised at this event. Bernice's interests included gardening and her rooftop garden gained such acclaim that Mayor Richard M. Daley called on her to head his Rooftop Greening Committee in the 90s. Bernice was known for her style in clothing and jewelry, designing custom jewelry in precious metals and gemstones for many of Chicago's best-dressed list. A member of the Circumnavigators Club, her passion for traveling carried Bernice all over the world. Everywhere she went, abroad or at home, Bernice formed lifelong friendships. She is remembered for her gift of bringing people together - a networking genius of the highest degree. Everyone was "dear man" or "dear girl" and she knew someone they should meet. Cooking was NOT one of Bernice's passions, however, and she was a familiar figure at Chicago's best eateries, where she was adored by owners and wait staff alike. She took great pride in stating that she helped give Tony Priolo of Piccolo Sogno national attention on her rooftop garden, where he cooked for a morning TV show that was showcasing the Chicago Rooftop Gardening Project. For the last 2 years, Bernice quietly faced Alzheimer's disease with the same grace, humor and determination that had always framed her life. Visits this summer from family and friends included riding the Centennial Wheel and the wave swinger at Navy Pier. Her sense of adventure never dimmed. Bernice is survived by: Tom (Christina), John (Karen Schmidt) and Michael Pink (Sharon); Carol Mendelsohn; 5 grandchildren, Zara, Zan, Perry, Candice and Chloe; 3 great-grandchildren, Declan, Ronan and Luca; and 2 nieces Amy Liebman and Cecile Rabiea. Bernice was predeceased by her sister Leah Liebman. Bernice Pink was one-of-a-kind. Many have expressed that her passing is the end of an era. Grace, style, exuberance, generosity, curiosity and humor were the hallmarks of this unique grande dame. In Bernice's honor, donations to PAWS Chicago and Anti-Cruelty are appreciated. Photo gallery and remembrances at www.bernicepink.com
To plant trees in memory, please visit our Sympathy Store.
Published by Chicago Tribune from Feb. 4 to Feb. 5, 2017.
MEMORIAL EVENTS
No memorial events are currently scheduled.
To offer your sympathy during this difficult time, you can now have memorial trees planted in a National Forest in memory of your loved one.
GUEST BOOK
5 Entries
I met Bernice in San Miguel de Allende at a Life Long Learning class. Her positive attitude and enduring curiosity stuck out. Her beautiful face was filled with life’s experiences and a interest in everything in the world. I couldn’t resist her. We chatted regularly and she expressed love, appreciation and annoyance about her family’s concern for her. She was intrepid and mischievous. She was aware of current events and life all around her. Eventually, after our friendship grew she gave me her card and told me to come and visit her In her cherished home off Michigan Avenue. I live in Milwaukee so it was doable. But it wasn’t to be. I miss her face and personhood and energy.
Ruth Shlimovitz
Friend
January 29, 2021
I met Bernice in San Miguel de Allende where she radiated kindness, spunk and beauty. She always had a positive word for everyone. She loved it here and in Chicago and invited me to visit her when I was back in Milwaukee. It is a great reqret that I never did, not because I didn't want to, but because life got away from me. She was smart, beautiful and kind.
Abrazos,
Ruth Shlimovitz
February 16, 2019
I am so sorry to hear of Bernice passing. I've been away from the Chicago area since 2004 so I just heard about it today. Bernice became one of my clients in the early 90's. My first meeting with her took place in her apartment in the John Hancock tower during which a severe thunderstorms blew through causing the building to sway and set the chandelier swaying. It was exhilarating and it was the beginning of what I will forever hold as a beautiful relationship, professionally and as friends. My firm designed her apartment (including the terrace garden) on east Huron, which was a wonderful ongoing collaboration and exploration of beautiful and whimsical ideas. She was perhaps the kindest and most gracious person I've had the pleasure to know and work with. She always made me feel welcome and appreciated. As often as I could i would pop in to say hello by myself or with a friend. It was always a genuinely lovely time and i always lingered on with her much longer than I expected to. She was one of a kind and she made all the effort we make every day as designers and builders worthwhile. God bless and rest in peace my friend.
With love and admiration
Roberto Villate.
Roberto villate
January 27, 2018 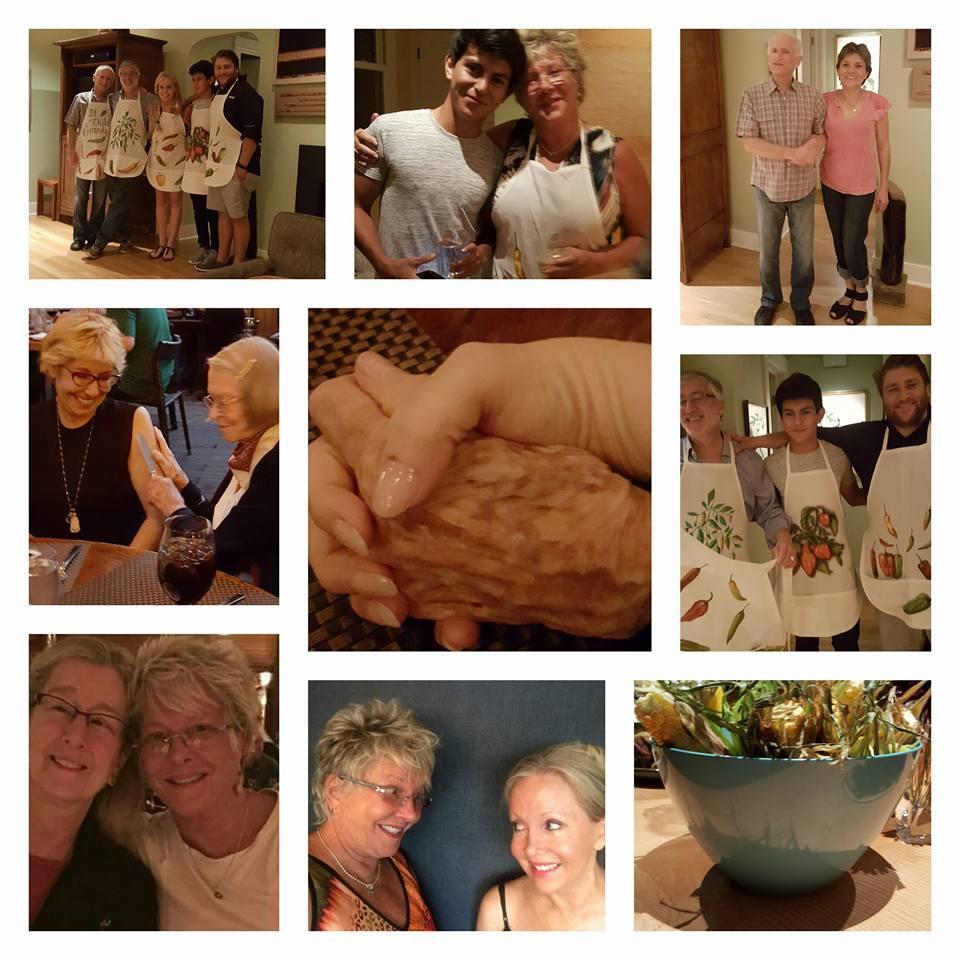