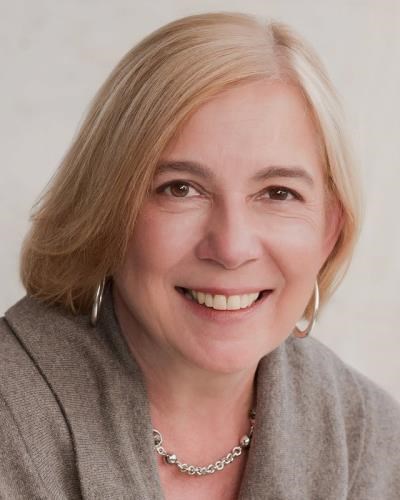 BORN
1949
DIED
2021
Dr. Bren Adair Ortega-Murphy died on April 26th, 2021 as afternoon sunlight filled the room. It was a warm and fitting moment of passage, as Bren never curtained a window. She adored open half shutters, which allowed for direct communion with light and plants, birds and wonder. Her husband was present to read a final children's book and her two grown kids held her hand. Bren was born November 27, 1949 in Beaumont, Texas and raised in Houston by her parents Edward Ortega Jr. and Esther Ortega née Larsen. She often reflected on her time at Mount Carmel Catholic School, where she shone as a debate champion and dedicated classmate. Her incredible work on the forensics team led to a scholarship at Northwestern University where she eventually completed her undergraduate, graduate, and doctoral degrees. In June 2020, Bren retired from a cherished 36-year career at Loyola University Chicago, where she held a joint appointment in the School of Communication and Women Studies and Gender Studies. She taught numerous courses in both areas and in 1996 received the Sujack Award for teaching excellence. In her time at Loyola, she also served as the Chair of the Communication department, Associate Dean for the College of Arts and Sciences, Chair of Faculty Council and Director of Women's Studies. With a focus on rhetoric and ethics, Bren championed children's literature, women religious, and service learning. A favorite assignment was to teach public speaking by requiring students to read children's books out loud to the whole class. She cried openly whenever anyone read Pink and Say by Patricia Polacco. For Bren, children's literature had a power beyond measure, allowing the reader to delight, to cry, to discern and, finally, to act in the name of all that is good. She advocated equally for celebrating Catholic women religious or, as many know them, Nuns. In 2011, Bren directed A Question of Habit, a documentary narrated by Susan Sarandon. The film explored popular culture's fascination with all things "nun" and illuminated the history of women religious in the United States, from their life as battlefield medics in the Civil War, to their persistence as political activists fighting against capital punishment. Outside of academia, Bren dedicated her life to friends and family through a constant stream of greeting cards, cookie packages and film suggestions. She was obsessed with cut flowers, lit candles, excellent butter, and supporting lonely-looking farmers at the Evanston Farmers Market. She could be found often at the Chicago Symphony Orchestra, the Lyric Opera, Steppenwolf Theatre, and the KidSeries at Lifeline Theatre. She was Catholic. She was a feminist. She was a wonder - and she had all the buttons, bumper stickers, and subscriptions to prove it. This is all to say, she was a multiplicity and her communities are bereft at her passing. Bren is survived by her husband Christopher Murphy, her children Connor Murphy (Seattle, WA) and Laurie Ortega-Murphy (Wells River, VT), as well as by her siblings Laurie Ortega (Portland, OR), Martin Ortega (Oklahoma City, OK), and Tom Ortega (Phoenix, AZ). In addition to these names are beloved nephews, nieces, in-laws, and friends who made-up her personal communion of earthly saints. Visitation Monday May 3, 2021 9:00 until 11:00 a.m. at St. Nicholas Church 806 Ridge Ave. Evanston, IL 60202. Due to Covid-19 Funeral Mass will be private. To livestream the Funeral Mass go to wwwdonnellanfuneral.com at 11:15 a.m. In lieu of flowers, donations requested for Josephinum Academy: josephinum.org/support-us or Bookwallah: donate.bookwallah.org. Info: donnellanfuneral.com or (847) 675-1990.

To plant trees in memory, please visit our Sympathy Store.
Published by Chicago Tribune on May 2, 2021.
MEMORIAL EVENTS
May
3
Visitation
9:00a.m. - 11:00a.m.
St. Nicholas Church
806 Ridge Ave., Evanston, Illinois
May
3
Funeral service
11:15a.m.
Saint Nicholas Church
806 Ridge Avenue, Evanston, Illinois
Funeral services provided by:
DONNELLAN FAMILY FUNERAL SERVICES
GUEST BOOK
25 Entries
My deepest sympathy to you, Chris, and the family. Many beautiful memories from the time we spent together at OLPH.
Ann Lantolf
May 6, 2021
What a beautiful person. My heartfelt sympathy to you, Chris, and the children
Ann Lantolf
Friend
May 6, 2021
My deepest condolences to Chris, Connor and Laurie. I have wonderful memories of Bren from the year you all spent in Rome. She was such a vibrant and wonderful person. May she Rest In Peace.
Sheila Curtin
Sheila Curtin
May 4, 2021
Chris, I am stunned by this news. And am deeply sorry for your loss - and ours. I still don´t know why we lost contact over the years and I remain sad about that. Kathy is in the throes of Alzheimer´s but Bren was a significant part of her life. Please know we are with you, especially our prayers. Charlie R I P
Charles & Kathleen Wilkinson
May 4, 2021
Dear Chris, My deepest condolences on the loss of beautiful Bren. Serving on a multitude of Loyola committees with Bren over 25 years, I came away from every encounter with Bren so moved by her kindness, warmth, humor, strength, loving heart, and deep faith. Bren was always my exemplar of a strong woman in leadership. May her memory be a blessing to you and your family.
Janis Fine
May 4, 2021
Chris, I saw what a beautiful tribute you gave to Bren today at her funeral and know that her love lives on in your soul forever. You had an amazing love and life together! Sending many prayers and hugs your way. Maureen
Maureen Henderson
May 3, 2021
Dearest Chris, I extend to you my heartfelt condolences on the loss of your beloved wife Bren. I did not know her. I know that you enjoyed cooking for her because you’ve talked about it often. I loved your beloved wife was obsessed with cut flowers, lit candles and excellent butter. That resonated with me.

Blessings to you and your family.
I will keep you in my thoughts and prayers. I know that you adored your wife.

May you draw even closer to God and may He envelop you in warmth, comfort and peace.

My sympathy on the loss of this amazing woman. Chris, you were my leader on a wilderness trip to Colorado in the early 90’s.
Mary McCaffrey Puccinelli
Friend
May 2, 2021
I'm so deeply sorry. May your memories of Bren bring you blessings of comfort. May you know in your heart of hearts that she loves you still; that she is always with you. I'm holding you all in my heart and in my prayers.
Paula Strupeck Gardner
May 1, 2021
May God bless you and your family in this time of sorrow. She will be greatly missed at St.Nick’s also.
Maria Senecal
April 30, 2021
You were a gift in the lives of the women ( and men) of St Nicholas and beyond. May you Rest In Peace and rise in glory.
Judy Borchers
April 30, 2021 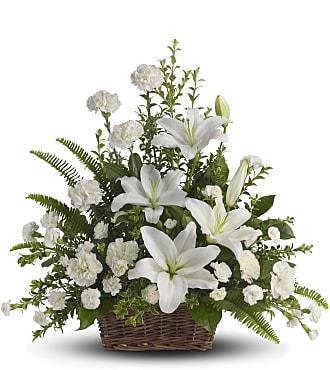 John and Anne Gimpl
April 30, 2021
Friendships formed in our childhood and college years remain powerful, often as helpful moral checks on what kind of souls we become and who we are, truly. Bren was a classmate and friend at Northwestern U, and she shone as a fun, lovely, positive presence in any room or event. Simply by being supportive and thoughtful, she improved those of us who spent time with her. What a vibrant soul - full of wonder! Thank you for sharing this heartfelt obituary of the woman she became after the long-ago years - the same shooting star we loved then. My sympathy to all her loved ones.
Barbara Bolas Greenberg
April 30, 2021
I went to High School with Bren and haven't seen her in over 50 years but she would often pop up in my mind when I thought of smart, brave, strong, courageous, challenging (yes, I was challenged by her) kind women. God bless her and her family.
Tom King
Friend
April 30, 2021
I was honored to be Bren´s roommate in college...so many years ago. She was one of the best people I have ever known. Brilliant, fun and glowing. What a tremendous loss for everyone. My thoughts and love to her family.
Deidre Young
April 30, 2021
We send our prayers to all of Bren's family. We are so incredibly sorry for your loss. Even those of us who only knew Bren and Chris as fellow parishioners at St Nick could see how passionate, smart and dynamic Bren was. We have lost a beautiful soul on Earth and we will mourn her absence at St.Nick.
Kathy Kearns
Acquaintance
April 30, 2021
We were friends long ago at NU - I think of her smiling and full of fun and I am so sorry she is gone.
Cathy Davis
April 29, 2021
I did not know Bren well as many, but I knew her enough to know she was an incredible light in the world. I send prayers of support to Chris and their family. She will be missed.
Nancy Goldberger
April 29, 2021
Dear Chris & Family,
My condolences on the heartbreaking loss of Bren. I'm praying that the peace of God to hold you as you grieve.
Maria Wathen
Coworker
April 29, 2021
Dear Chris & Family,

May care and love of those around you provide comfort and peace to get you through the days ahead. Our condolences on the passing of your wife & mother.

Sincerely,
The Aguilar Alvarado Family
Annette Alvarado
Coworker
April 29, 2021
Chris, there are no words my dear friend. Bren was, no IS, the love of your life and I cannot imagine your grief. Know that you, Laurie, Connor and all of your families are in my prayers.
Cathy Shipp
April 29, 2021
Dear Chris & Family, I'm with you in prayer & hope from afar. My heart aches for you all -- Bren was such a presence & force, it's difficult to imagine the world without her. I'll be offering mass for Bren, and I'll be remembering you all at prayer. Yours in the Lord, Paul sj
Paul Mueller SJ
April 29, 2021
Chris, Prayers & deepest sympathy
Joanne Nicgorski, OSF
April 28, 2021
Dear Chris and Family, Prayers for you and the family with your lost of Bren. Cannot make it to the church because I am in an assisted living facility in Northbrook. Thoughts and prayers for Bren and you. Denis Daleiden
Denis Daleiden
April 28, 2021