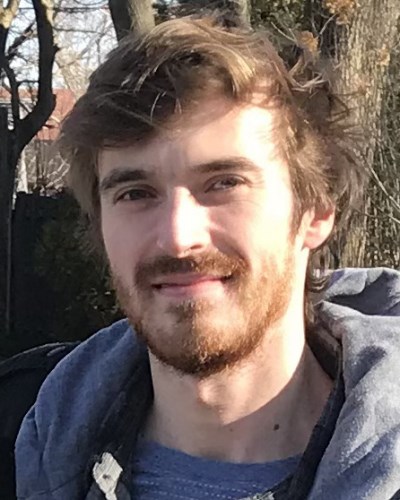 Brendan is survived by his parents, his sister Holly (Rick) Johnson, grandmother LaVerne Slider, many aunts, uncles and cousins. Brendan will be missed by his longtime girlfriend, Teil Lindgren.

Brendan loved hanging with friends, attending live concerts, and playing with the family English bulldog, "Rollie". Brendan was intelligent, kind, and showed empathy for all. He was a gentle soul and will be terribly missed.

Published by Chicago Tribune on Aug. 8, 2021.
To plant trees in memory, please visit the Sympathy Store.
MEMORIAL EVENTS
Aug
11
Visitation
3:00p.m. - 7:00p.m.
Hallowell & James Funeral Home
1025 West 55th Street, Countryside, IL
Aug
11
Memorial service
7:00p.m.
Hallowell & James Funeral Home
1025 West 55th Street, Countryside, IL
Funeral services provided by:
Hallowell & James Funeral Home
MAKE A DONATION
MEMORIES & CONDOLENCES
2 Entries
Brendan had such a big heart. He was kind and empathetic towards everyone. He was quiet around most but I shared a lot of amazing conversations with Brendan. We loved you. And we know you loved us. I wish we had gotten to spend more time with you while you were here. I know you'll be watching over us. Love you Brendan.
Dash Campos
August 9, 2021
We only knew you for a short time, but between the stunned silence and the tears we've been able to smile and even mimick his laughter. The story that seems to be a favorite for my twins and I was the time we all went to Panda Express because Brendan needed his "after meeting Orange Chicken"... He told us that one of his favorite childhood memories was when his father would take the family to some Chinese restaurant near LaGrange. As soon as the owner would see Matt, he would approach him, clasp his hands in front, bow forward and say: " Aaaaaaaaah.....Mistah Connah!". We laughed for hours that night, and every night he was nearby. You go eat all the Orange Chicken, Pizza rolls and Uncrustable Peanut butter and strawberry jelly sandwiches that you want, Brendan....I'll keep raising the twins to forgive, listen, love and laugh...It'll just be a bit quieter now. You touched so many people. I was simply lucky enough to be one of them.
Jeffrey, Logan & Riley Hunt
Friend
August 8, 2021
Showing 1 - 2 of 2 results