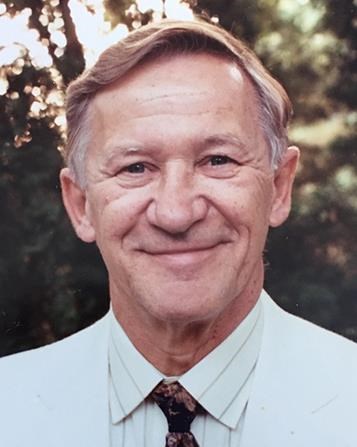 BORN
1930
DIED
2018
ABOUT
Lane Tech High School
FUNERAL HOME
Rosehill Cemetery
5800 North Ravenswood Ave
Chicago, IL
C. Glenn "Butch" Richardson, born on September 21, 1930 in Chicago to Bertha (nee Gnapp) and Walter Richardson, passed away at age 87 on September 17, 2018 in Galena, Illinois. Glenn graduated from Lane Tech high school, and attended Wright Junior College and the University of Alabama before serving in the Marine Corps during the Korean War. Glenn spent over 50 years in the commercial and non-commercial art world as a painter, sculptor, muralist and product designer. He worked as chief designer at Plasto, Haeger Potteries, and Harris-Marcus Group until he retired in 2006. Glenn is survived by his beloved wife Joan (nee Mahoney), daughter Carol (Craig d.) Richardson-O'Brien, son Keith Richardson, daughter Susan (Paul) Newman, and grandchildren Eamon, Alexander and Nicholas Newman, and Hadley Richardson-O'Brien. Glenn loved his family, loved to travel, and loved the Bears. In lieu of flowers, the family requests donations in Glenn's name to The Children's Diabetes Foundation. Friends and family members may attend the funeral service on Friday, September 21 at 1:30p.m. at Rosehill Cemetery, 5800 N Ravenswood Ave, Chicago. For a more extensive biography see cglennrichardson.com/about

Published by Chicago Tribune from Sep. 19 to Sep. 21, 2018.
To plant trees in memory, please visit the Sympathy Store.
MEMORIAL EVENTS
Sep
21
Funeral service
1:30p.m.
Rosehill Cemetery
5800 N Ravenswood Ave, Chicago, IL
Funeral services provided by:
Rosehill Cemetery
MAKE A DONATION
MEMORIES & CONDOLENCES
4 Entries
My deepest sympathies for the loss of your loved one. May your family be comforted by God who loves you. (John 3:16)
September 22, 2018
Suzie,
We are so sorry for your loss. He was a talented man who left his mark in many ways. Our condolences to you and your family.

Love
Ron & Judy
Ronald Moore
September 20, 2018
I am sorry for your lost, may the God of all comfort, comfort those mourning and bind up the broken hearted.
Isaiah 61: 1, 2
September 19, 2018
Dear Joan,
Sorry to read about Glenn's passing.
My husband Pat Mentone and Glenn were the best of friends at Plasto Lamps. Pat was the salesman for the company.
I remember visiting your home when the children were small, I think you were living
in Morton Grove at the time.
Pat passed away in 2015. Yes they were such very good friends. I still have some art work that Glenn made for us.
A great guy. You and the children are in my thoughts and prayers.
Joan Mentone
PS If the funeral was closer to me, I would attend to express my sympathy in
person.
September 19, 2018
Showing 1 - 4 of 4 results