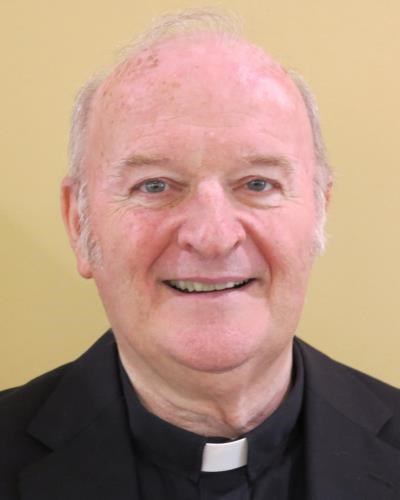 BORN
1945
DIED
2021
January 10, 2021, Age 75. A Jesuit for over 55 years. He was born on June 29, 1945 in Cincinnati, Ohio. He is the son of the late William J. and Elizabeth (nee Reifel) Niehaus. He is survived by a brother, William of Orlando, Florida and sisters Clarissa and Carol of Ohio and many nieces, nephews and cousins. He died at Colombiere Center in Clarkston, Michigan.

Fr. Chuck spoke and worked in Spanish without ever having lived in a Spanish-speaking country. During formation, he participated in the "Horizons for Justice" program in which North American Jesuits spent some weeks in Latin America to directly experience situations of social injustice. Chuck's participation changed his life -- it was the reason he decided to learn Spanish and dedicate his apostolic life to the Hispanic apostolate.

Christ was the center of Chuck's life and the motivation for all his thoughts and actions. He saw Christ in the Hispanic people with whom he lived and worked. He was prayerful, generous, and devoted to his friends (i.e. everyone he met). Chuck loved his parishioners and could be obstinate when helping them; he would not "give up" until he had accomplished his goal. "Fr. Carlos" was much loved by the people of St. Procopius. They appreciated how hard he worked for them and easily saw how his love was expressed in his tireless work for them.

People felt privileged to have Chuck in their lives or to work alongside him as he was always loyal and dependable. Like the Holy Spirit, he was everywhere and everyone in the neighborhood knew him and were grateful for his companionship. He enjoyed presiding at summer street Masses, and loved organizing and leading processions through the streets.

A Funeral Mass and burial will be held privately at Colombiere Center in Clarkston, MI. Due to COVID-19 restrictions, attendance at the Vigil and Funeral Mass is private and can only be attended by members of the Colombiere community. The Vigil will take place on Sunday, January 17 at 7 PM. The Funeral Mass will occur on Monday, January 18 at 10:45 AM. These events will be livestreamed on Youtube. Please type in "Colombiere Center Youtube" in the Youtube search field at the webpage, click on the Colombiere Sun Circle icon, the vigil and funeral mass will be shown on that webpage or you may go to the obituary at the funeral home website for a link.