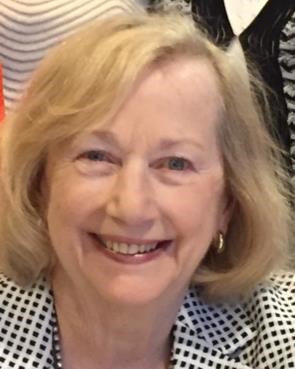 ABOUT
Gage Park High School
Constance Forcey, née Conrad, age 78 of Glenview, Illinois passed away peacefully, at home in her husband's arms after a long struggle with a failing heart, on September 30, 2021.

Constance grew up on the south side of Chicgo and graduated from Gage Park High School. She went on to become a registered nurse upon graduation from Mt. Sinai Hospital School of Nursing in Chicago and worked at Mt. Sinai Hospital in New York City for a few years. She then retuned to Chicago and became a courier nurse with the Santa Fe Railroad traveling between Chicgo and California. It is there that she met her future husband. After they were married, they lived in Los Angeles for a year before moving back to the Chicago area, living in Mt Prospect for 8 years and Glenview for the next 41 years.

Constance was a loving and devoted wife, mother and grandmother. Taking care of the family, immediate and extended, and close friends was her primary passion and goal in life. When not looking after her beloved family, she loved to travel. As years passed, her trust in all forms of public transportation lagged. With that in mind, Connie and her husband set off on frequent road trips throughout the US often in their RV camper. Her favorite destinations included New Orleans, Charleston SC, Santa Fe NM, and the west coast of Michigan. Love for New Orleans started with their honeymoon and continued on many anniversary visits. Dinning on Cajun food and beignets and sipping Sazeracs in the evening while listing to great jazz musicians made this city irresistible.

Published by Chicago Tribune from Oct. 10 to Oct. 14, 2021.
To plant trees in memory, please visit the Sympathy Store.
MEMORIAL EVENTS
To offer your sympathy during this difficult time, you can now have memorial trees planted in a National Forest in memory of your loved one.
MAKE A DONATION
MEMORIES & CONDOLENCES
2 Entries
My family´s hearts are with you and your family
Tiffany
October 14, 2021
Dear Ben, Matt, Kara and Kayla, We are so saddened to hear of Connie's passing! She was such a smart, funny, witty, kind and caring gal. She gave 110% of herself. She was beautiful inside and out and she touched our heart. We carpooled together with Kara and Ryan when we first moved to Indian Ridge. We loved Kara too and remember when she went with Ryan to Homecoming even though Ryan was several inches shorter than her at the time. She was Connie too. Always finding the best in people. Connie loved her garden and it wasn't uncommon to see her derriere up in the air in Indian Ridge as she pulled weeds in the front of the house. It always brought a smile to my face. The last time I saw her was at the Gift Show a few years back. I was hoping we would get together again. I will miss her and her annual Christmas Letter, always an interesting read. Her way with words was phenomenal and unforgettable. Ben, our arms are open to you. Our home phone number is the same, and we would love for us to get together...lunch or dinner would be fine. We'd love to hear your stories about her. You, Matt, Karla and Kayla have our deepest sympathy. Sending hugs your way.
Linda & Norm Lieber
October 10, 2021
Showing 1 - 2 of 2 results