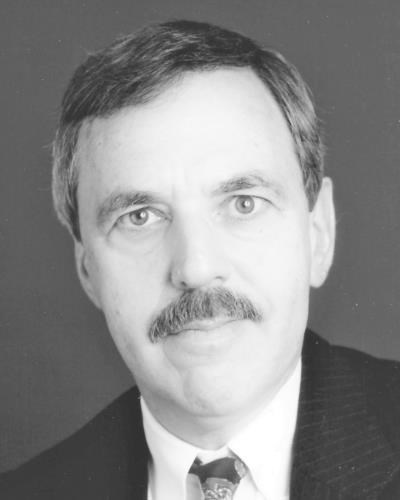 David was born in the Chatham neighborhood of Chicago and grew up in South Shore and Hyde Park. He attended the University of Chicago Schools from fourth grade at The Lab School through the College and The Law School. He stayed in Hyde Park until he met his wife, Loren. After they married, they moved to the Old Town neighborhood and then settled in Lincoln Park where they raised their family.

While practicing law with a small firm. He was approached by the General Counsel of the MacArthur Foundation to come to the Foundation to handle the sale of its New York Residential Portfolio. He then handled numerous Program Related Investments, successfully co-chairing an ABA project that resulted in the IRS issuing new regulations for PRIs. He traveled to India and Nigeria, meeting with Country Coordinators to develop Population Programs. He became the unofficial historian of the Foundation, a position in which he took great pride, regaling people with amusing stories whenever he had the opportunity.

David was active in many non-profit organizations, including The Chicago Architecture Center, VanderCook College of Music, Good City, Chicago Volunteer Legal Services, and The Donor's Forum, always making sure people understood the importance of philanthropy in a well-functioning society. The Donor's Forum published his booklet, "Rights and Responsibilities of Directors and Trustees of Private Foundations." He was an active member and past president of The Cliff Dwellers, an organization for people either professionally engaged in or who support the fine and performing arts. He also was a member of the Cubs Prognosticators, happily sitting in the cold on Opening Day every year.

One of David's lifelong passions was the Judo community. He earned a third-degree Black Belt, working with Grand Master Kyung Sun Shin throughout his adult life. After his retirement, he taught children along with Grand Master Shin. He also taught Negotiation in the LLM program at John Marshall Law School and taught celestial navigation with the Chicago Sail and Power Squadron.

David's main passion was his loving family, wife Loren, son Marc (Cynthia), daughter Carolyn (Richard Hoak), and three grandchildren. He is also survived by his brother Michael (Eunice) and four nieces and nephews. He will be sorely missed by all.

When the public health situation stabilizes, there will be a celebration of David's life. If people wish to consider a memorial gift, donations can be sent to VanDerCook College of Music, 3140 S. Federal St. Chicago 60616 or The Chicago Architecture Center, 111 E. Wacker Dr. Chicago 60601

Published by Chicago Tribune on Oct. 10, 2021.
To plant trees in memory, please visit the Sympathy Store.
MEMORIAL EVENTS
To offer your sympathy during this difficult time, you can now have memorial trees planted in a National Forest in memory of your loved one.
MAKE A DONATION
MEMORIES & CONDOLENCES
5 Entries
I also worked at the "small law firm" with David. He was the young, brash lawyer, I was the new secretary, and we got along perfectly. He made work fun and rewarding for me and I'll never forget those days. And though I hadn't seem him for many years, I will always remember him fondly. My condolences to Loren and the family.
Diane Kumpf
Work
October 23, 2021
Dave was my landlord for two years, and it was a truly singular experience. He and Loren charged "what was fair" for rent - far under the market rate - and tended to their building and tenants with such care. My heart goes out to everyone in his life.
Dana Moran
Other
October 15, 2021
I was a young law student when I worked at David's law firm. Unlike some lawyers, who could be crass, he was erudite and courteous. He served as an excellent role model for a future attorney like me. I am glad I knew him.
Bob Freud
Work
October 11, 2021
Dear Loren and Family, We were so sorry to learn of David's passing. He was a good friend and will be missed by all of us. We will remember David in our prayers and Masses. Pat and Melissa Savage
Patrick Savage
Friend
October 11, 2021
I loved David. I worked at Vihon, Fuchs, Temple, & Berman when David was practicing law at that firm. I have always been grateful for his kindness and encouragement of my ambitious career trajectory. David lived his life as we all should --- with love and constant achievement making the world a better place.
Marlena T Ascher
Friend
October 10, 2021
Showing 1 - 5 of 5 results