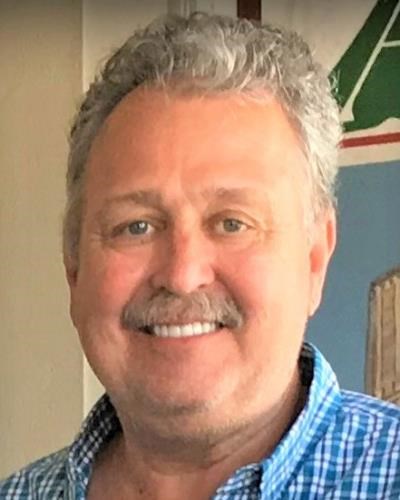 David was born in Hammond, Indiana December 26, 1955 and always "loved" that his birthday was the day after Christmas.

As a child he had a passion for many sports. He played in both Little League and Babe Ruth leagues in South Holland, IL and took great pride building the Babe Ruth field there. His love for sports continued in high school where he was part of the baseball and basketball teams at Thornwood High School.

David attended Purdue University in West Lafayette and became a member of Beta Theta Pi fraternity. He earned a Bachelor of Science degree in Business and became a life member of the Purdue Alumni Association. After college he began his career in investments and built a reputation of being an honest man that followed through with his work. He didn't stop till he found an answer and that integrity has made a lasting impression on others till this day. His work ethic guided him to become a chief compliance officer and a successful investment broker during his career.

When Dave was not working, he took great pleasure in every car he owned making sure that it looked like it just came off the showroom floor. There are many memories of him washing and waxing his car under the tree at home in South Holland with the family dog by his side keeping him company listening to the tunes while he cleaned and drank an ice-cold beverage.

Later in life he took that same pride in his yard. He felt that his legacy would be seen in the trees and landscaping that he picked out for years to come.

The last 5 years of his life Dave became involved with ALS research at the University of Chicago. His interest started when his brother was diagnosed with ALS in 2017 and later died in 2019 from the disease. David became a member of the Phoenix Society there and began donating towards finding a cure for ALS.

He was preceded in death by his father Ronald Kickert and brother Mark Kickert.

Friends may visit with the family on Sunday, January 16, 2022 from 1:00 p.m. until time of service at 3:00 p.m. with Pastor Kerry Robinson officiating at Pruzin & Little Funeral Service, 811 E. Franciscan Dr. Crown Point, IN 46307. Internment at Oak Ridge Cemetery in Lansing, IL.

In lieu of flowers please donate in memory of David Kickert to support ALS research at the University of Chicago Medicine. Information on how to donate is online at http://giving.uchicago.edu//David-Kickert

Published by Chicago Tribune on Jan. 14, 2022.
To plant trees in memory, please visit the Sympathy Store.
MEMORIAL EVENTS
Jan
16
Visitation
1:00p.m. - 3:00p.m.
Pruzin & Little Funeral Service - Crown Point
811 E. Franciscan Drive, Crown Point, IN
Jan
16
Service
3:00p.m.
Pruzin & Little Funeral Service - Crown Point
811 E. Franciscan Drive, Crown Point, IN
Funeral services provided by:
Pruzin & Little Funeral Service - Crown Point
MAKE A DONATION
MEMORIES & CONDOLENCES
4 Entries
Anita and I were so saddened to hear of Dave's passing. We were pledge brothers in Beta Theta Pi at Purdue, meeting in 1975. Enjoying fraternity social life and intramural sports success, Dave and I became great friends. As fellow Chicago suburban natives we had common interest in our pro sports teams as well as the Boilers. We also liked to golf together, enjoying stories on the links. Dave and brother Mark's (RIP) infectious laughs added to the joy of any gathering. Our sympathies to the Kickert family.
Bob Woods
Friend
January 14, 2022
Julie and family. Please accept my sincere sympathy to you and your family on the passing of your brother. May your wonderful memories help you during your hard days. Love, Paula
Paula Kraus
Other
January 14, 2022
I have know Dave and Mark for over 40 years. Dave was a great friend. We played golf this August, like Mark could, Dave makes you laugh. I remember many years ago at a bar in New buffalo with Dave, Mark, my brother Mike. Dave taps me on the arm points to my brother Mike, standing asleep with a drink in his hand. We laughed, this is one of many great memories of sharing laughs with Dave. He was a great guy, and great friend. I will miss him.
Daniel Fox
Friend
January 14, 2022
Heartfelt sympathy to the family. I always valued Dave's sincere friendship, honesty, compassion for others, intelligence and sense of humor. I really enjoyed our conversations through the years. Dave left much sooner than I hoped and will be sorely missed.
Pete Carlino
Friend
January 13, 2022
Showing 1 - 4 of 4 results