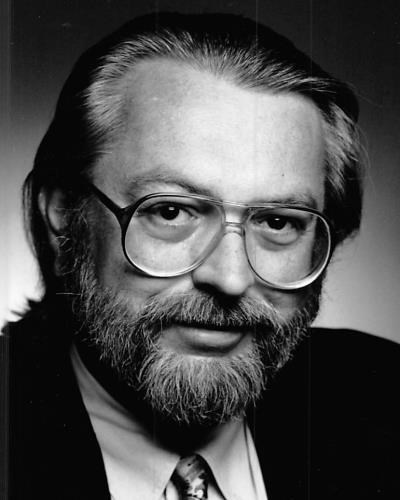 David Andrew Szabo, 70, died Feb. 22, 2017 after an extended illness. The only child of Eleanor and Andrew Szabo, he was born and raised in Middletown, Ohio, where he studied classical piano, developed his skill in photography and subsequently studied architecture at Miami of Ohio University. He moved to Chicago, where he completed a film degree at Columbia College in 1970. His early career as a freelance editor included work with Sedelmaier Films and Kartemquin Films, among others, and a teaching position in the film department at Columbia College. Szabo Editing was founded in 1975 at 612 North Michigan Avenue where he soon was joined by Jack Tohtz as partner. By 1989 the company became Szabo-Tohtz and Skyview, with the expansion to a full-service post-production company in the Time-Life Building. An accomplished musician, Szabo also established Szabo Productions during this period to create music for commercials he edited. Szabo's client roster included all the major ad agencies of the day--Foote, Cone and Belding, Leo Burnett, DDB Needham, and J. Walter Thompson, among others. He worked on national advertising campaigns for Coca Cola, United Airlines, Kraft, Kellogg's, MacDonald's, Budweiser, Wrangler and Hallmark- to name a few. Among his many longer-form projects were the PBS film, "Come Along with Me", "Our Children's War", and several documentaries for the History Channel. David Szabo's awards include a first-place Hugo Award, Clios and Addys for commercials edited as well as awards for industrial, corporate, and documentary films. He was honored with an International Broadcast Network Award as 'Best Commercial International' for Blue Cross Blue Shield spot. He is survived by his wife of 27 years, Alida Szabo, a theater arts professional at Chicago Shakespeare Theater. Memorial donations may be made to: www.chicagofilmarchives.org or Kartemquin Films, 773-472-4366. Private service to be held in spring.
To plant trees in memory, please visit our Sympathy Store.
Published by Chicago Tribune from Mar. 1 to Mar. 5, 2017.
MEMORIAL EVENTS
No memorial events are currently scheduled.
To offer your sympathy during this difficult time, you can now have memorial trees planted in a National Forest in memory of your loved one.
MEMORIES & CONDOLENCES
3 Entries
It was such a pleasure to have worked with Mr Szabo as a caretaker in his home before his passing condolences to ALL the family
Karen White
April 28, 2021
David was my second cousin on my father's side. I know he loved visiting my grandmother (his great aunt) and her farm near Gratis, Ohio. We always knew he was pretty special because of his incredible musical abilities.
Beverly Brubaker
March 5, 2017
Sending love and blessings-
Liza Ravitz
March 5, 2017