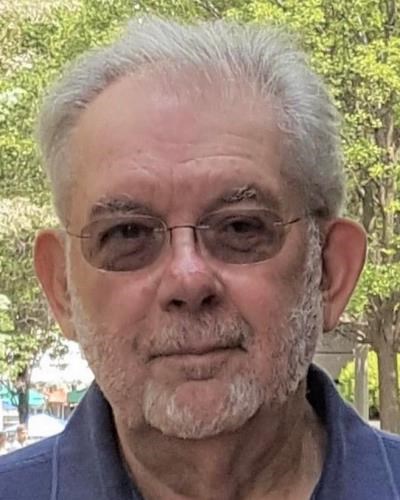 FUNERAL HOME
Chicago Jewish Funerals
8851 Skokie Boulevard
Skokie, IL
Don Simpson, age 77, of Chicago, IL, died April 5, 2020 at home peacefully following a prolonged illness. Don was born in Ithaca, NY, the son of Francis Alfred and Drusilla (Dickson) Simpson. He grew up in Elmira, NY, attended Elmira High School, Corning Community College in Corning, NY, earning his AA in 1962, and Alfred University in Alfred, NY, earning his BA in 1964. Following graduation, Don enlisted in the United States Air Force during the Vietnam War, taking Basic Training, Officer's Training School, and aircraft maintenance in Texas, finishing as a Lieutenant. Don was assigned to the 820th Strategic Aerospace Division at Plattsburgh AFB in Plattsburgh, NY to command a bomber mechanics crew, taking them to Okinawa, Vietnam, and Southeast Asia. Don earned the rank of Captain, and upon his return to Plattsburgh, he filled the position of acting Lt. Col. and for a year, was 2nd in command of the entire Maintenance Division at Plattsburgh-at age 26. Following his honorable discharge, Don enrolled at Syracuse University in Syracuse, NY, in 1969, earning his Master of Science in Library Sciences (MSLS) in one year. In 1970, he accepted a position as Librarian at Keuka College in Keuka Park, NY. In 1971, Don accepted a position at the State Library of Ohio in Columbus, OH, beginning his life long career in all aspects of library cooperation and information provision systems. In 1975, Don accepted the position of Executive Director at Bibliographical Center for Research in Denver, CO. Don and Lupe met in Denver and in 1977 began their life together. They moved to Chicago, IL in 1980 when Don became the President of The Center for Research Libraries (CRL). Don authored/edited books, articles, grants, and managed two major building construction projects for CRL. Throughout his career, Don traveled the globe for business and pleasure, visiting well over 100 countries in Africa, Asia, Australia, Europe, North and South America, and 43 States. Don and Lupe's favorite vacation destination was Maui, Hawaii. Don retired in 1999 and took up the role of house husband. He was a voracious reader, an expert on myriad subjects, film and serials buff, aerospace enthusiast, World War II history buff, student of the world, epicurean, patron of the arts, and a lover of music. He particularly loved opera, classical, big band, and ABBA. In retirement, he discovered his fondness for walking the Cook County Forest Preserve Trails - spotting deer and other animals along the way -- and trips to downtown Chicago revisiting museums, parks and lakeshore. Some weeks he would log 10 to 15 miles of walking. He was an excellent cook and enjoyed hosting dinner parties. Don is survived by his loving wife, Lupe, and their sons: Michael (Danielle Shriver) Simpson of Santa Clarita, CA, and Matthew (Korilin Lunt-Switzer) Hillig of Spring, TX, and Micheal Hillig of New Orleans, LA and grandchildren: Olivia Simpson, Gavin Hillig, Cole Hillig, Chase Switzer, Lilith Shriver-Gonzalez, Chelsea Switzer-Gordon, and great-grandson, Liam Switzer-Gordon. Don was preceded in death by his parents and aunt, Ruth Robyck. We are grateful for the in-home care that Don received from the Rainbow Hospice staff and caregivers from Always Best Care Services. Family, friends and next door neighbors have provided Don (and Lupe) with everlasting love and support. Interment was private. A private Celebration of Life service will be held. In lieu of flowers, memorials can be sent to the International Music Foundation at www.imfchicago.org, 11 E. Adams St., Suite 350-B, Chicago, IL 60603 or a charity of your choice. Arrangements by Chicago Jewish Funerals - Skokie Chapel, 847.229.8822, www.cjfinfo.com

Published by Chicago Tribune on Aug. 16, 2020.
To plant trees in memory, please visit the Sympathy Store.
MEMORIAL EVENTS
To offer your sympathy during this difficult time, you can now have memorial trees planted in a National Forest in memory of your loved one.
Funeral services provided by:
Chicago Jewish Funerals
MAKE A DONATION
Please consider a donation as requested by the family.
MEMORIES & CONDOLENCES
0 Entries
Be the first to post a memory or condolences.