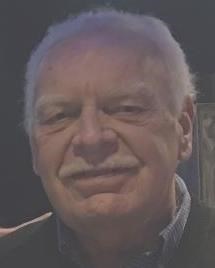 Donald Max Goff, age 85 of Homewood, Illinois, passed away on August 22, 2016. Beloved husband of 60 years to Joyce (nee Warren), loving father of Douglas (Debra), David (Amy), Kenneth (Ann), Robert (Donna), and Kristin (Jason) Simon, and proud grandfather of Danielle, Natalie, Kate, Nicholas, Kathryn, Will, Joshua, Sarah, Thomas and Skylar. Born in Chicago on March 11, 1931, Don earned his BS and MA degrees from the University of Illinois. Served his country in the US Army's 1st Division. Retired in 1992 as District Manager for Illinois Bell. Spent 8 years at South Suburban College, five as Executive Director of the College Foundation. Former director of First National Bank, Chicago Heights, Board Chairman of NewStar Services, Chicago Heights, and Past President of the Rotary Club of Chicago Heights. Project Manager for the Executive Service Corps, Chicago, and served as Trustee for the Village of Homewood from 1988-1997. Served as Chairman of the Village Community Relations Commission for 17 years. Past President of the United Way of Chicago Heights, past President of Homewood Baseball, Inc., where he managed and coached for 17 years. Served as a board member for the Illinois Philharmonic Orchestra, past chairman of the Chicago Southland Chamber of Commerce, was chairman for the Third Airport Alliance, past chairman and founding member of Chicago Southland Regional Economic Development Coordinating Council. Founding member of the Chicago Southland Convention & Visitors Bureau. Elected in 1964-68 as the Republican Ward Committeeman for the 8th Ward, Chicago. Member, Executive Reserve, US Dept. of Commerce from 1967-1992. Member of Chicago Heights Masonic Lodge #851 for 65 years. Pastoral Elder at Living Springs Community Church and formerly at the First Presbyterian Church of Homewood. Don sang in church choirs for 70 years. Member of the South Holland Master Chorale. A Celebration of Life Service will be held at Living Springs Community Church, 19051 S. Halsted, Glenwood, Illinois 60425 on Tuesday, September 6, 2016 at 4:00 P.M. Family will receive friends following the Celebration of Life Service from 5:00 P.M. until 9:30 P.M. In lieu of flowers, donations can be made to NewStar Services, 1005 West End Ave., Chicago Heights, Ill.60411, The Epilepsy Foundation of Greater Chicago, 17 N. State St., Suite 650, Chicago, IL 60602 or The South Suburban Humane Society, 1103 W. End Ave., Chicago Heights, IL 60411.
Published by Chicago Tribune on Aug. 26, 2016.
To plant trees in memory, please visit the Sympathy Store.
MEMORIAL EVENTS
Sep
6
Celebration of Life
4:00p.m.
Living Springs Community Church
19051 S. Halsted, Glenwood, IL
MAKE A DONATION
MEMORIES & CONDOLENCES
7 Entries
We knew Don as a Rotarian - a good member, a song-leader with a lusty voice, a friend. We shall miss him.
Jim & Donna Chestnut
October 6, 2016
Don was an asset to our community...a friend of many...he always had a kind word for everyone. He will be missed.

I worked with Don through the Chicago Southland Chamber, my affiliation with the late Senator Aldo DeAngelis and other organizations. I do not believe he knew what the word "NO" meant. You could always count on Don.
Karen Biesboer
September 20, 2016
Doug -

Our thoughts and prayers are with your family.

The Gary Tokarski Family
Gary Tokarski
September 11, 2016
Spent only 2 weeks with this wonderful man a few years ago from Amsterdam to Budapest.
Enjoyed the time with Don and wife Joy and were hoping we would have a reunion cruise in 17 or 18. Guess we'll have a reunion in the future joining Don and all our other friends and relatives that have left us. Our best to Joy and our prayers are with you.
Creighton & Nancy Fong
Creighton & Nancy Fong
September 10, 2016
A true , loving Gentleman ..very family and community minded and will be greatly missed. Am honored to have him as cousin and friend. Our most sincere sympathy to Joy and the family.
God Bless!

Our thoughts and prayers are with you and your family!

The Gary and Carol Tokarski Family
August 26, 2016
May our Lord bless and comfort your family during this time of grief. Please accept my sincere condolences. A few weeks ago, Don served me communion. I was profoundly moved knowing that he was going through quite an ordeal with his health and most likely suffering. If anything, I should have been serving him. Don truly walked with and exemplified Christ and I am most grateful to have witnessed part of his faithful journey.
Linda Pendleton
August 26, 2016
Showing 1 - 7 of 7 results