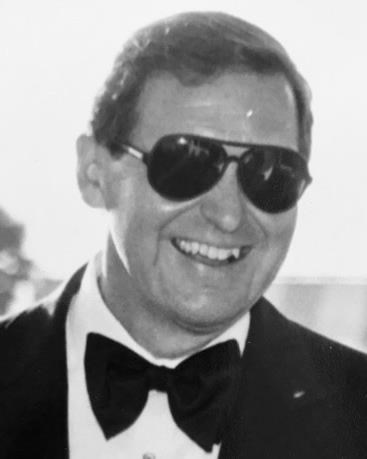 ABOUT
Highland Park High School
Donald Claiborne Lisle, 85, of Chicago, passed away Thursday, November 28, from complications of Parkinson's Disease. He left this life as he lived it, peacefully and happily surrounded and supported by loved ones near and far. He is survived by his wife of 29 years, Carol Prince Lisle, his sister, Cynthia Galster; his son, Matthew Lisle and daughter-in-law, Susan, of Riverside, IL; his daughter, Jennifer Lisle and son-in-law Michael Revy, of Denver, CO; his five grandchildren, Lily and Natalie Lisle and Ginger, Max and Cecily Revy; and many relatives and close friends. He was preceded in death by his wife of 28 years, Ann Olson Lisle, in 1988. Born and raised in Detroit, MI, the son of Claiborne and Marion Lisle, he resided in the Chicago area for almost 60 years.

Don grew up in Highland Park, MI and worked as a paper boy during the school year to earn money to attend Camp Westminster in Roscommon, MI. He graduated from Highland Park High School in 1952, where he played on its state championship basketball team, and in 1956 from Michigan State University where he was a Lambda Chi fraternity member. After serving in the Army, he attended the University of Michigan Law School before moving to Chicago.

While clerking for a grain trading firm, he took accounting classes and ultimately earned his CPA. He subsequently bought a membership on the Chicago Board of Trade, where he worked as a successful corn trader for 45 years. He also became a partner with the Kelly Grain Company, a commodity brokerage and clearing firm. He took great pride in his business and relished the colleagues and friends he made on the trading floor.

Generous with his time and passionate about helping others, he was a long-time member of The Church of the Holy Comforter in Kenilworth, Illinois where he served as a deacon and vestry member for many years. He also served on the Board of Directors of the Chicago Commons, a non-profit organization that helps families in underserved communities.

He was a 50-year member of the Chicago Union League Club, and, as an avid tennis player and golfer, he was an active member of Westmoreland Country Club for more than 30 years. He also served as a precinct captain for many years in Wilmette.

A memorial service will be held on Saturday, May 16, 2020, at the Church of the Holy Comforter, details to follow.

In lieu of flowers, the family wishes that a tribute gift be made in Don's name to the Parkinson's Foundation.

Published by Chicago Tribune on Dec. 1, 2019.
To plant trees in memory, please visit the Sympathy Store.
MEMORIAL EVENTS
To offer your sympathy during this difficult time, you can now have memorial trees planted in a National Forest in memory of your loved one.
MAKE A DONATION
MEMORIES & CONDOLENCES
12 Entries
Carol, I was so sad to see Don has passed!!!! I enjoyed both of you ,at Tully Cleaners!!! I hope you are in good health, And doing well!! I live in Littleton Colo,but my Daughter Kelly is still on Cleveland,my thoughts and prayers are with you!!!! Always ,Donna Johnson
Donna Johnson
Neighbor
June 24, 2020
Don was one of the best men I ever met.We shared an office at the CBOT back in the nineties.I used to say "I want to be Don Lisle when I grow up".Don was decent,kind and caring plus he was fun to be around.We enjoyed many Cubs outings and literally hundreds of lunches around the CBOT over a 25 year span.He was like an uncle who always gave the best advice often with humor. Carol,Matt and Jennifer I will keep you in my prayers.We were all very lucky to have him in our lives.Rodger Knight
rodger knight
December 15, 2019
Don was a dear friend from our days as Lambda Chi Alpha fraternity brothers at Michigan State in the early 50s until his (for me) unexpected death. Don was a rare human being: continually positive, thoughtful, and kind to all. I already miss you pal. RIP.

Matt Lisle, if you see this please call: (540) 421-1216.
Gary R. Frink
December 6, 2019
A true gentleman in the Board of Trade corn pit. It is my great privilege to have known him from my time in the Pit.
Tim Creighton
December 3, 2019
My condolences on your loss. Don was a truly wonderful man. Heartfelt hugs to everyone in his family.
Andrea Revy
December 3, 2019
Don was a great father in law. I will miss him.
Michael Revy
December 3, 2019
My condolences to the Lisle family. I am a former colleague of Donald's son Matthew and I now see how Matt is a real chip off the old block. May he rest in peace.
Matt Garza
December 2, 2019
Dear Carol

Our condolences to you on the loss of Don. We have fond memories of you two at time spent at Westmoreland. May he rest in peace.

Margy & Al McCall
December 2, 2019
Don was a wonderful guy, always a ready smile and kind word. I shared many great days with him on the CBOT floor for many years, and will keep him and his family in my prayers.

Jim Marzano
December 1, 2019
My brother was a gift to my life. No one could have been more loving or supportive to me and my whole family. I was so lucky ! I will miss him every day, but I would not have wanted him to continue in discomfort.
God Bless, Don ❤❤
December 1, 2019
Cynthia Galster
December 1, 2019
So sorry to hear of Dons passing. As I think of Don the first thing that pops into my head is kindness. Also, classy, professional, family. Such a good man. His positive energy will live on in all of us. Cheers to Don
Patrick Pfohl
December 1, 2019
Showing 1 - 12 of 12 results