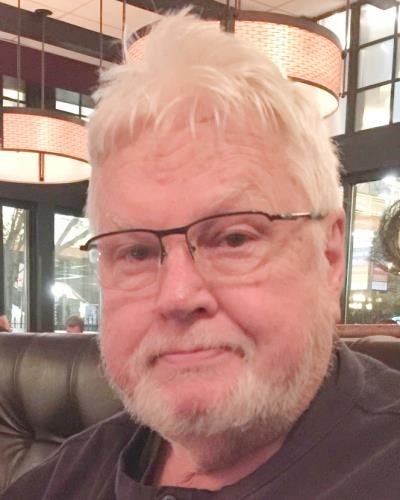 He was married to Susan Louise Sorrell Thompson on May 8, 1976, in Las Vegas, Nevada. She survives.

Michael was preceded in death by his parents; brother, William Thompson; sisters, Opal Upchurch and Sandra Thompson; and 1 infant brother.

Michael served his country proudly in the United States Air Force and was stationed in Honolulu, Hawaii.

Michael was a graduate of the University of Missouri Columbia, receiving both his Bachelors and Masters degrees.

In his professional career, Michael was an English teacher in the Wentzville, Missouri and Fredericktown, Missouri Public Schools, later becoming a librarian at libraries in Libertyville, Illinois; Gurnee, Illinois; and Chicago, Illinois.

An avid reader, Michael always enjoyed mysteries, especially those authored by Randy Wayne White. Special trips to Sanibel Island, Florida and to Honolulu, Hawaii with his wife, Susan were memorable adventures. In his retirement, Michael enjoyed cooking and grilling and often treated his wife to his delightful creations. He also liked attending Highland games in both the Illinois and Wisconsin areas.

Most of all, Michael loved and cared for those around him. He was a generous soul and his caring spirit who will be missed by all who knew him.

Memorial contributions may be made to the Anti-Cruelty Society. Online condolences may be shared and video tribute may be viewed at www.JamesODonnellFuneralHome.com.

To plant trees in memory, please visit our Sympathy Store.
Published by Chicago Tribune on Jul. 22, 2021.
MEMORIAL EVENTS
Jul
24
Graveside service
3:00p.m.
Mt. Zion Cemetery
, Hannibal, MO
Funeral services provided by:
James O'Donnell Funeral Home, Inc.
MAKE A DONATION
MEMORIES & CONDOLENCES
1 Entry
Susan, We were deeply saddened to learn of Mike´s passing. One of my fondest memories as a child was knowing Mike, Susan, and Bill would be coming over to our house to play poker. Looking back at those memories, seeing all the brothers together, is priceless. You have our deepest sympathy and will be in our thoughts and prayers. Dustin and Kathy
Dustin and Kathy Thompson
Family
July 26, 2021
Showing 1 - 1 of 1 results