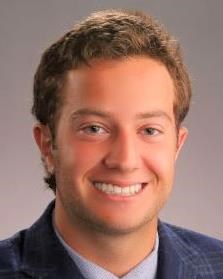 BORN
2002
DIED
2021
ABOUT
Glenbrook North High School
FUNERAL HOME
Chicago Jewish Funerals
8851 Skokie Boulevard
Skokie, IL
It is with indescribable sadness that we announce the passing of our son, Dylan Jacob Buckner who died unexpectedly on January 7. Dylan was only 18, having been born on November 1, 2002 in Chicago before moving to Northbrook in 2004. Dylan's death has broken the hearts of his parents, Chris and Karen nee Teitelbaum, his brother Ethan, his grandfather Leonard Teitelbaum, his uncles Howard S. Teitelbaum, Howie Teitelbaum and Don Buckner Jr., his aunts Jane Waldren and Meg Buckner, his cousins Daniel and Andrew Teitelbaum and Sarah Buckner, and countless friends, coaches and teammates. Dylan is joined in Heaven by his late Grandparents Dorothy Teitelbaum, Don Buckner Sr. and Grace Buckner. Dylan cherished his many friends at Wescott Elementary School, his friends and basketball teammates at Maple Middle School, the coaches, teammates and the families of his Diamond Dawgz Baseball teams, and his coaches, teachers, many friends and great teammates at Glenbrook North High School. Above all but his family and friends, Dylan was a Quarterback. Dylan's football career started in fourth grade and football was a constant until his death. At GBN, Dylan was an honors student, a three year varsity football starting quarterback, a team captain his senior year and holds the school record for passing completions. Dylan's funeral will be held via Zoom on Monday, January 11 at 4p.m. central time. To attend the funeral live stream, please visit www.cjfinfo.com and click on Dylan's name. In lieu of flowers, memorial contributions may be made to: National Suicide Prevention Lifeline, 50 Broadway, Fl 19, New York, NY 10004, https://suicidepreventionlifeline.org/donate/ or American Foundation For Suicide Prevention, 199 Water St 11th Fl, New York, NY 10038, https://afsp.donordrive.com/index.cfmfuseaction=donate.event&eventID=2078 or GBN Booster Club, c/o Cari Stoneburner, 2012 Thornwood Lane, Northbrook, IL 60062, Venmo: @GlenbrookNorth-BoosterClub, Please Memo: #Buck7. Arrangements by Chicago Jewish Funerals – Skokie Chapel, 847.229.8822, www.cjfinfo.com

Published by Chicago Tribune on Jan. 11, 2021.
To plant trees in memory, please visit the Sympathy Store.
MEMORIAL EVENTS
To offer your sympathy during this difficult time, you can now have memorial trees planted in a National Forest in memory of your loved one.
Funeral services provided by:
Chicago Jewish Funerals
MAKE A DONATION
MEMORIES & CONDOLENCES
17 Entries
"Forever in your heart, forever in your thoughts." God's peace.
M.L.A
Other
January 12, 2022
Rest in peace in God's loving embrace.
Brian O'Reilly
April 21, 2021
I just saw you on Fox with Martha McCallum. I want to express my sincere sympathy on the tragic loss of your son. I have a son who also battles depression and I know the struggle for both the child and the parent. Your family is in our prayers. May his memory be a blessing. Sincerely, The Segal Family Pittsburgh, PA
Joanne Segal (Pgh)
March 26, 2021
So very sorry for your loss.
Judy Smith
March 26, 2021
We are Lee Dame Gordon´s parents and live in Minnetonka, Minnesota. We have met you on walks we have taken with Lee when we visited. We are heart broken for your beautiful family and we want you to know our prayers and thoughts are with you. We are both pharmacists and have studied the medications for depression extensively. We know all too well how difficult it is to manage this horrendous disease with the current science available. We also know you all must have done everything you possibly could have done to help your son. This is a very silent, private disease and may God bless you as you reach out to the community to help others like Dylan. We pray for your family and know Dylan´s memory will always be in your hearts and the whole community near and far. Sending love and care.
Susan and Donald Dame
February 9, 2021
My thoughts are with this family. There really are no words. Hope they find the strength for this. They will need it........
Maddie
February 6, 2021
I am so very sorry for your loss. You raised Dylan as an incredible young man. May the pain in your heart lessen as you hold on to happy memories of Dylan. Wrap your arms around your family with love in honor of Dylan.
Carol O'Keefe
February 3, 2021
Just saw you on FOX news. Deeply saddened for your personal tragedy, but want to thank you for reaching out regarding mental health issues. I have a 14 yo son who has been suicidal, and the stigma must change. May God give you strength as you grieve your beautiful son.
leslie
February 3, 2021
My sincerest condolences to you and you whole family. I can´t imagine the pain and sorrow in your hearts right now. You may not remember me, and that´s ok. I was in class with Don at St. Tars and our moms were friends. A classmate shared an article about Dylan and I was so saddened for you all. Prayers that you find peace and maintain beautiful memories.
Kirsten (Thompson) Rodway
January 24, 2021
I am so saddened to hear the passing of your fine son. I pray God will give you a peace to get through this time if grief.
Cassie Wentworth
January 23, 2021
Deepest heartfelt condolences to you and yours. Over 50 years have we been family with the Teitelbaums. May Dylan's memory be for a blessing.
Sandy and Alvin Siegartel
January 16, 2021
We send the family our deepest sympathies at this difficult time. May his memory forever be a blessing.
Marjorie and Robert Wold
January 16, 2021
Our hearts grieve with you at this difficult time. Sending love, Ellen Rubinstein and Ernie Guenzburger
Ellen Rubinstein
January 15, 2021
Please accept our condolences to Leonard and the entire Buckner and Teitelbaum families for the loss of Dylan. Our love to you all.
Bob and Marianne Gabel
January 14, 2021
May your beloved son rest in peace. So sorry for your loss.
Kathleen M O'Leary
January 11, 2021
Our thoughts and prayers are with you all.
Nellie Sax-Weaver
January 11, 2021
My heartfelt sympathies to the family. Dylan was a great friend
Justin
January 11, 2021
Showing 1 - 17 of 17 results