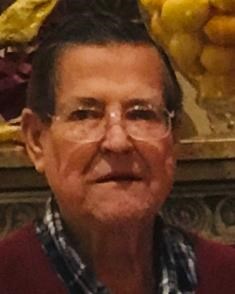 BORN
1933
DIED
2019
Edward James Collins Junior was born during the Great Depression on March 17, 1933 in Lawrence, Massachusetts from parents Mary Elizabeth Rogers and Edward James Collins Senior. Both parents had recently graduated from nearby colleges in New Hampshire, Edward from Dartmouth College, and Mary from Keene Teachers College. Elizabeth, a second child was born into the family in September, 1936. Times were tough and jobs were few. Friction grew in the family to the point that husband and wife finally divorced, with the court assigning the two young children to the mother. The children first stayed temporarily with the mother's grandparents in Haverhill, Mass. Then they moved on – sometimes living together, and sometimes separately- in various foster homes until they reached adulthood. Upon graduation, in 1952, from Brighton High School, in Boston, Mass., Ed joined the U.S. Army Security Agency. His three year period of service included 1 ½ years in South Korea where he was involved in top secret classified work. Upon returning home to the U.S.A, he enrolled as a freshman at Boston University for one year, after which he transferred to the University of California, Berkley, at the urging of ones of his Army buddies. He decided to follow Journalism as a career. His first job after graduation in 1955 was with the Brawley Daily News, a small community newspaper in Southern California. After two years, he returned to the Bay area and accepted a position as Executive Director of the Oakland Junior Chamber of Commerce and followed with a public relations job with the California Medical Association. During this period, he met and married Dorothy Jane McCann. They had a son, Edward James Collins, III. They made their home in Kensington, CA for the next 13 years. In 1977, Ed and his family moved to Chicago where he accepted a position with the American Association of Medical Society Executives, headquartered in Chicago, IL. The family made their home in Deerfield, IL. After several years, Ed decided to return to Journalism. He obtained a master's degree in journalism from Columbia College, Chicago. Upon graduation, in 2000, he went to work for the Lake County News Sun newspaper as a general assignment reporter for the next 14 years. He retired in December, 2014. Edward passed away on February 20, 2019 due to complications of prostate cancer and shingles. He is survived by his beloved wife Dorothy and his son Edward Collins, III. A memorial service will be held on Saturday, March 16, 2019 11:00 am at St. Gregory's Episcopal Church, 815 Wilmot Rd. Deerfield, IL. For info or directions please contact Kelley & Spalding Funeral Home at 847-831-4260 or www.kelleyspaldingfuneralhome.com

To plant trees in memory, please visit our Sympathy Store.
Published by Chicago Tribune on Mar. 10, 2019.
MEMORIAL EVENTS
Mar
16
Memorial service
11:00a.m.
St. Gregory's Episcopal Church
815 Wilmot Rd, Deerfield, Illinois
Funeral services provided by:
Kelley & Spalding Funeral Home & Crematory
GUEST BOOK
2 Entries
So sorry for your loss Dorothy; Ed was a good man and he will be missed by all.
robert zywicki
March 11, 2019
I am so sorry for your loss may the words of God comfort you and your family in this most difficult time of sorrow. May you fined comfort at John 6:44 knowing this that God give you hope to see again your love one in the future. My heartfelt condolence to you and your family. LC
March 10, 2019