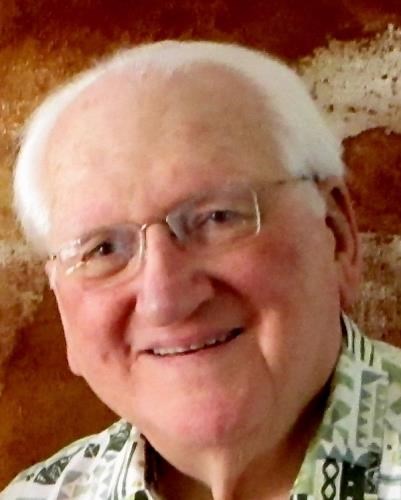 Born on November 11, 1933, in Chicago, Illinois, Ed joined the U.S. Army upon his graduation from high school in 1951. He served for two years in Korea and often mentioned that these were some of the best years of his life. Upon his honorable discharge, Ed obtained his degree in teaching and taught in the Chicago public school system for 45 years at the Howland Elementary School. Ed was well-liked and respected by his peers and students and throughout his life he maintained contact with many of them.

Starting as a fan, then as a supernumerary, and finally employed as a dresser of operatic stars, Ed was devoted to the Lyric Opera of Chicago for over 50 years. Many of the leading opera performers of his day were close to Ed. Opera was his lifelong passion, which included an extensive collection of operatic recordings. He readily shared his love and knowledge of opera. A lifelong student of voice, deep bass voice was featured in vocal performances.

While Ed had many achievements and community contributions, he will be remembered as a charismatic and caring 'gentle giant' – big in stature and big in heart. He loved traveling, especially his journeys to Europe. A lifelong Chicagoan, Roanoke, Virginia became his second home and friends there became were his second family. In Lincoln Square, Ed could often be seen on his front porch surrounded by several friends and always with a bag of 'treats' for the neighbor dogs who stopped by in the late afternoon.

Ed was preceded in death by his parents and is survived by his cousins, Art Johns, Mark Johns, Ron Mack, dear friend David F. Kunca, other family members, and many close friends.

A private 'Celebration of Life' involving many of his longtime friends will be held on Sunday afternoon, October 3. Memorial contributions may be made to Lyric Opera.

Published by Chicago Tribune on Sep. 28, 2021.
To plant trees in memory, please visit the Sympathy Store.
MEMORIAL EVENTS
Oct
3
Celebration of Life
IL
MAKE A DONATION
MEMORIES & CONDOLENCES
1 Entry
Deepest sympathies to all who fondly remember "Mr. Ed", as we called him. Special merit belongs to all who made his twilight years gentle, LB in particular. In memoriam habebimus.
Jim and Lori Jones, Overland Park, KS
Friend
September 29, 2021
Showing 1 - 1 of 1 results