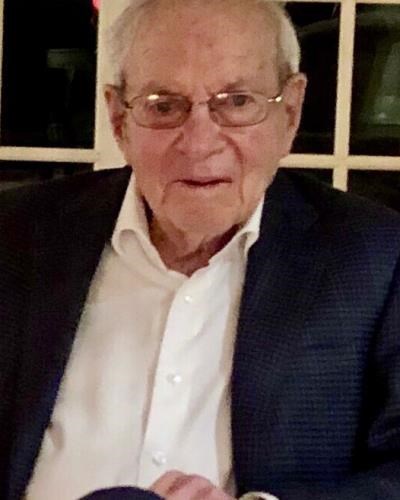 BORN
1928
DIED
2021
ABOUT
Highland Park High School
FUNERAL HOME
Kelley & Spalding Funeral Home & Crematory
1787 Deerfield Road
Highland Park, IL
Edward S. Weil, Jr., 93, passed away peacefully in his home with his wife by his side on February 11, 2021 (born January 22, 1928). He was preceded in death by two weeks by his beloved mother-in-law, Claudia Stompanato, and long ago by his parents, Margaret and Edward Weil. He is survived by his wife, Dia, children Lynda Jo (Noah) Shlaes, and Edward S. (Karen) Weil III and grandchildren Oliver and Jonah Shlaes, and Rachel and Charlie Weil. He is also survived by his brother Tom Weil, sister-in-law I.B. Weil , sister-in-law and brother-in-law Joan and Angelo Fosco, many nieces and nephews, his cousin Carky (Mary) Rubens, and by his former wife, Nancy Hecht Weil.

Ed was born in Chicago and had a wonderful early family life, manifested by the many letters he saved that his parents wrote him and by the fact that he quoted something his father said at least once a week. He attended Ravinia and Lincoln Schools, Highland Park High School and flunked out of the University of Michigan after one semester with two incompletes, one C and four Fs because he wanted to join the Navy during World War II. He proudly served on the USS Kearsarge and was yeoman to Captain (later Admiral and Chief of Naval Operations) James Holloway III. After his honorable discharge in 1948, he graduated from Lake Forest College on the GI Bill.

Ed liked to say that he had one job his whole life. He went to work for Fansteel Corporation in 1948 and later bought his division in 1969, naming it Power Conversion Products (PCP) and relocating it to Crystal Lake, Illinois, where he served as CEO, eventually selling the company in 1998. The company continues to this day in its new incarnation as part of Delta Electronics. Among his many travels, Ed was a business pioneer in China and South America, traveling there in the 1980s, which travels he kept up all his life with his trusty original briefcase.

Among his many civic interests, Ed was the longest-serving board member and past Chairman of the Auditorium Theatre of Chicago, and was the great- grandson of Dankmar Adler, who co-designed and engineered the building. He was a longtime board member and life trustee of Highland Park (Illinois) Hospital. Ed's next love was horses and Ed owned part of the 2011 Kentucky Derby-winning horse, Animal Kingdom. When asked how many horse syndicates he belonged to, he responded, "I don't know , because then I would have to tell my wife." Ed had an early start along this path, sending a Western Union telegram to his parents in Louisville in 1943 to place a bet on the Derby - which he didn't win.

Ed was a person who loved his life, his country, and his family. He made friends across the generations, always said the glass was more than half full, stood up for the national anthem when alone watching his Cubs, and was a gentleman even when no one was looking. We will miss his ready litany of everyone's phone number, his limericks and his welcoming smile.

Ed was a loyal friend, incredible husband, caring parent, grandparent and uncle and loved his dogs (the "girls"), Zoe and Lola.

He will always be remembered for his thoughtfulness at all times, his quiet generosity, his graciousness, his support and those twinkling eyes.

An in-person funeral service will be private on Tuesday, February 16, 2021 at 11 am. If you would like to join by Zoom, please reference the Kelley and Spalding website on Monday for further information, www.kelleyspaldingfuneralhome.com or 847-831-4260.

Donations in Ed's memory may be made to: The Auditorium Theatre of Chicago https://www.auditoriumtheatre.org/ or Disabled Veterans https://www.dav.org/

Published by Chicago Tribune on Feb. 14, 2021.
To plant trees in memory, please visit the Sympathy Store.
MEMORIAL EVENTS
To offer your sympathy during this difficult time, you can now have memorial trees planted in a National Forest in memory of your loved one.
Funeral services provided by:
Kelley & Spalding Funeral Home & Crematory
MAKE A DONATION
MEMORIES & CONDOLENCES
15 Entries
Please Accept My Sympathy On Your Loss My Heart Ache´s For Knowing I Will Never See Him Again Knowing That Heaven Have Gained An Angel To Look Over Us So From The Bottom Of My Heart Accepts My Sympathy
Gerty Kaecker
February 22, 2021
Dear Dia, I am so very sorry to learn of your husband Edward's recent death and only a few weeks earlier that of your mother. We haven't seen each other in a while, but I think of you from time time, always fondly, and wish you every blessing as you continue this blessed time of bereavement. May choirs of angels welcome your loved ones into Paradise. With warm affection and respect, Gene
Gene Szarek. C.R.
February 18, 2021
I have known him most of mu life. Sine your Dad was a member of No rthmoor. accomplished and fun. my s ympat hy. To dia and tTommy.
Thomas Philipsborn
Friend
February 17, 2021
To the whole family I send my love and condolences.I knew Eddie most of my life.He was a wonderful guy and I know will be missed by all.
Joyce frehling
February 17, 2021
Mr. Weil was a kind and generous man. I am grateful to have been part of the PCP family for nearly 15 years...and family was, indeed, the culture at PCP. My deepest sympathies to Dia Weil and the Weil family on the loss of a great gentleman.
Trudy Morse
Coworker
February 16, 2021
Eddie was a great friend l loved talking to him about our beloved Chicago Cubs. He will be missed. My thoughts go out to his family.
Toni Spiegel Geshus
Friend
February 16, 2021
Eddie was a kind, Generous and thoughtful cousin. We will all miss him.
John Rosenheim
February 16, 2021
So sorry to hear of your loss, Ed was such a warm, nice man. May his memory be a blessing.
Julie Rosenheim
Family
February 15, 2021
Sad to hear of Ed's death and we were so glad we met him. Ouor condolences to all of you.
Linda and David Blumberg
February 15, 2021
Our deepest sympathies to Dia and her family. Ed was a remarkable man in every way.
Alice and John Sabl
February 15, 2021 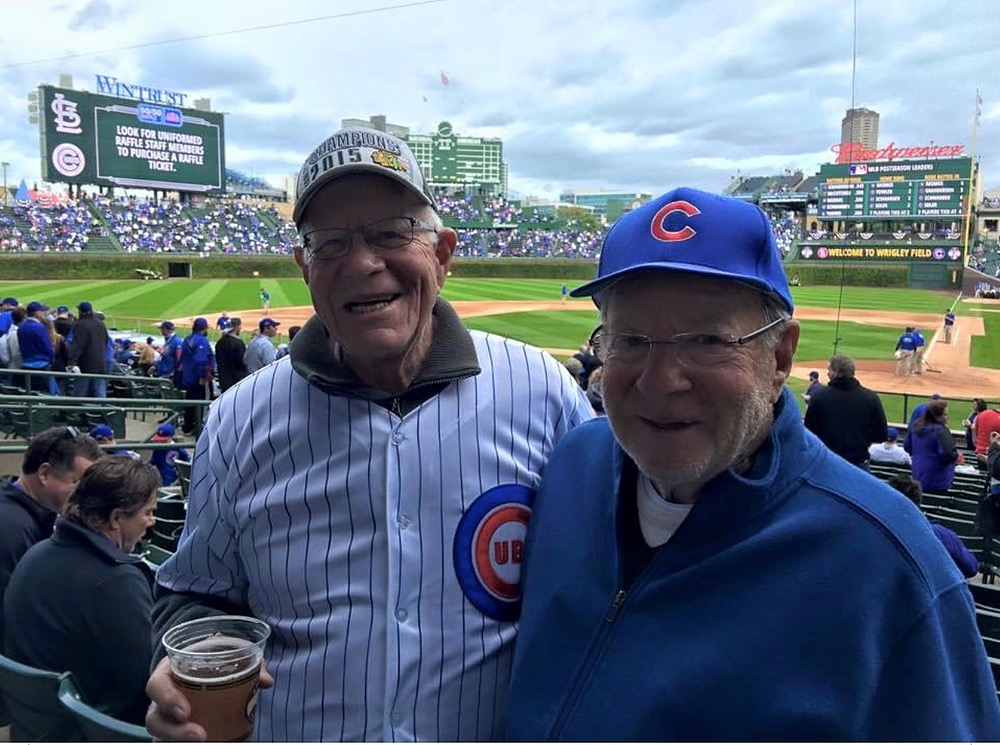 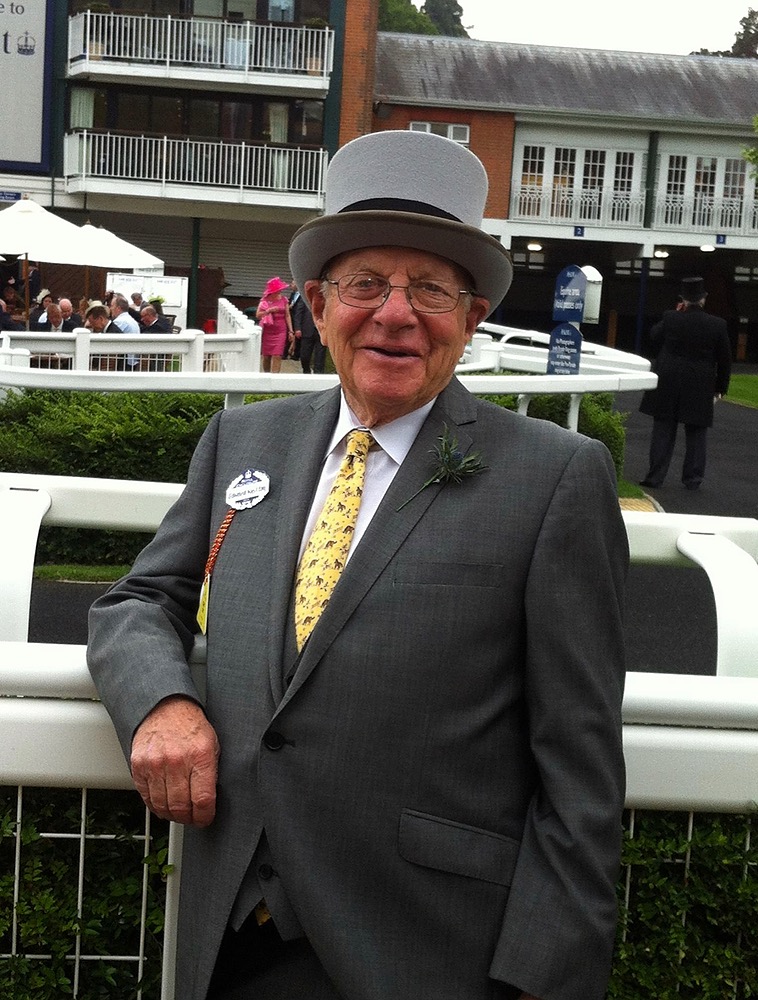 CB
February 15, 2021
You were the heart of our family & we will miss you forever. I love you. Give my love to Nani & Papa. I´ll see you again someday.
CB
February 15, 2021
A great friend and great man Joe Glossberg
joseph glossberg
Friend
February 14, 2021
I worked at Power Conversion Products many years. Mr. Weil made us all feel like family which felt wonderful. I think many looked forward to working, and getting things out in promised time. He will truly be missed by many. May God show him there is life beyond, and we will be together again one day. RIP, prayers for him and his family.
Carol Weiss Sander
February 13, 2021
Showing 1 - 15 of 15 results