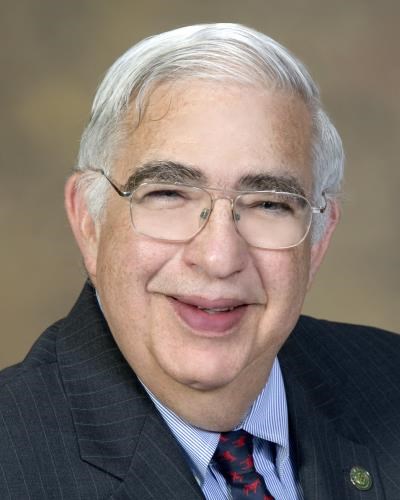 Eric Papineau Gall, MD, 79, passed away peacefully on February 26, 2020 in Tucson, AZ surrounded by his wife and children. Born in Boston and growing up in Cincinnati he completed his undergraduate and medical school education at the University of Pennsylvania. He completed his internship and first year of residency at the University of Cincinnati.

Amid training, he spent 2 years in the Army (Vietnam) and was a recipient of the Bronze Star and Army Commendation Medal. Then he completed his residency and fellowship at the University of Pennsylvania.

He spent 27 years at the University of Arizona in which he served as section chief of Rheumatology and was the Co-Founder and Director of the Arthritis Center. He also served as Chief of Rheumatology at the VA. In between his years in AZ he spent 16 years as the Dept of Med chair at the Rosalind Franklin Med School. Throughout his career he won numerous awards including the Master in the ACR, Master in the American College of Physicians, and the Freedom of Movement Award from the Arthritis Foundation. He was a true pioneer in the world of Rheumatology and served on many national committees including serving as President of the ARHP.

He will be most remembered by his family and friends for his passion for medicine and teaching, his intense sense of humor, the twinkle in his eye, and as the man who always had his camera (or 3) at the ready.

He is survived by his wife, Kathy, married 52 years, His Daughter Gretchen (Alex Djukic) and Grandson Noah from Chicago, Son, Michael (Marita) and granddaughter, Talia from Split, Croatia. He is preceded in death by his parents, Edward & Phyllis and brother Thomas Monroe Gall (Jean).

Services will be held in August when his family can all be again by his side. In lieu of flowers, donations in his honor can be made to The U of AZ Arthritis Center (Eric P. Gall Lectureship) at the University of Arizona or the Eric Gall Professionalism Award, Department of Medicine, Chicago Medical School.

To plant trees in memory, please visit our Sympathy Store.
Published by Chicago Tribune on Mar. 3, 2020.
MEMORIAL EVENTS
No memorial events are currently scheduled.
To offer your sympathy during this difficult time, you can now have memorial trees planted in a National Forest in memory of your loved one.
Funeral services provided by:
Bring's Broadway Chapel
GUEST BOOK
7 Entries
Dr. Gall was always a hero in medicine to me. I met him as a young medical student at Chicago Medical School in the bookstore where I was looking for a book on a different medical specialty as I was considering that for a career. He said why dont you buy this internal medicine book since they use evidence based medicine with his enthusiasm and twinkle in his eye. I enjoyed working with him in AOA and as an early mentor in medicine and in matching in my residency program at Mayo Clinic. Dr. Gall was friendly to all and always willing to help and inspire others. I enjoyed his laugh and enthusiasm and am grateful his family shared him with others.
Stephen Thomas
Student
March 8, 2020
Rest now Daddy. I hope you are snapping lots of pictures. I will take care of Mommy.
gretchen gall
Family
March 8, 2020
Rest well, Dr. Gall. You always treated your patients, staff & fellow providers with kindness & respect. Thank you for your service.
Donell Kelly
March 4, 2020
Eric was a wonderful friend and consummate Physician and medical educator. I first met him over 30 years ago at a meeting of the American College of Rheumatology where he forcefully but kindly led the effort to include non-physicians who care for patients with arthritis as members of our College. His efforts and continued sponsorship eventually led to the formation of the Allied Rheumatology health professionals organization as part of our college. This organization has provided a springboard to enhanced education, clinical opportunities and research for physical and occupational therapists, nurse practitioners, physician assistants, medical administrators and others who help Rheumatologists to care for patients with arthritis. Our patients and these dedicated professionals are so much better off because of his involvement.
Eric was never without a smile or a story or a joke. He loved to point to his hybrid Jewish and Catholic background with a panoply of jokes. He was Chair of Medicine at Rosalind Franklin during a time of great tumult and change. His steady hand and good-natured but firm commitment to the highest standards of medical knowledge and education contributed in no small part to the success that the institution is now experiencing. Eric embodied the character of the consummate physician educator and truly fulfilled the meaning of the word Doctor as a teacher and mentor.
When he left Rosalind Franklin after 16 years he returned to Arizona to "retire", Hah! He simply could not and would not stay away from the students, residents, Rheumatology fellows and patients at the University of Arizona Arthritis Center that he helped to found. It just wasn't his nature to put his feet up when there was so much still to be done. I'm sure that up to his last day he was thinking or talking about his plans to help at the Center.
Eric richly deserves his place as one of the true giants of the field of Rheumatology. I and many others who count ourselves as friends will miss him.
William Arnold
March 3, 2020
William Arnold
March 3, 2020
Godspeed Dr. Gall.
Suzanne Jameson
March 3, 2020
Thinking of the family and wishing them comfort and peace
March 3, 2020