Search by Name
Floyd A. Mittleman

ABOUT
Evanston Township High SchoolGlenbrook North High SchoolTheodore Roosevelt High School
FUNERAL HOME
Cremation Society of Illinois - N. Clark St.
3824 N. Clark St.
Chicago, IL
Floyd A. Mittleman, 89, died on November 17th. He leaves three children, Paul (Michael Calcagno), Kim Thavis (Tim), and Holly Dain (Randolph, deceased); four beloved grandchildren, Joshua, Benjamin, Peter, and Joseph; three great-grandchildren; and his brother, Allen. He was predeceased by his loving wife of 53 years, Tobi. Floyd lived his entire life in Chicago. He graduated from Roosevelt High School, Wright Junior College, and Northern Illinois University. He served as an officer in the United States Navy and later received his M.S. and Ph.D. from Northwestern University. He worked many years as a teacher at Evanston High School, a clinical professor at Northwestern University and a lecturer at Roosevelt University. Later he served as the Department Head of the science department for Glenbrook North High School where he retired in 1990. During his working years, he was also a committed activist for social justice issues such as integration and gay rights. Throughout his active retirement, he enjoyed many interests including opera, theater, and the arts. He demonstrated an extraordinary intellectual curiosity, participated in many social activities, and was an avid joke teller. May his memory be a blessing. Services will be private. Arrangements by Cremation Society of Illinois, 773-281-5058 or www.cremation-society.com.

Published by Chicago Tribune on Nov. 22, 2020.
To plant trees in memory, please visit the Sympathy Store.
MEMORIAL EVENTS
To offer your sympathy during this difficult time, you can now have memorial trees planted in a National Forest in memory of your loved one.
Funeral services provided by:
Cremation Society of Illinois - N. Clark St.
MAKE A DONATION
MEMORIES & CONDOLENCES
6 Entries
Fond memories of Floyd and Toby - exceptional people!! (Chicago friendship, 1960´s-70´s) May all your wonderful family memories console you, as well as their endeavors in the greater community... JAcki and Shelly Chizever
JAcki Chizever
May 7, 2021
Floyd was a wonderful scientist and Instructional Supervisor. He helped many students and teachers reach greater heights. May his memory be for a blessing.
Nathan Unterman
December 23, 2020 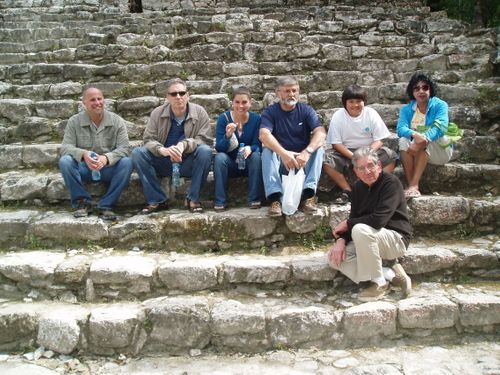 Our heartfelt condolences to the family. We are very saddened to hear of Floyd's passing. He was a thoughtful, kind, and generous person. And a great joke teller too! We have many wonderful memories of Floyd, and he will live forever in our hearts. Ann, Emmerich, and Andrew
Ann Koller
Friend
November 26, 2020
Paul, Joan and I send our condolences -- and Michael
Dr. Jerry Field
Neighbor
November 26, 2020
Sorry for your loss. Your dad went to my mom's high school, although he was 2 years ahead of her. For all I know, their paths crossed, back in the day.
Gary Katz
November 22, 2020
I am sorry to hear of your loss. Please accept my condolences. May the love of friends and family comfort you through your grief.
D T
November 20, 2020
Showing 1 - 6 of 6 results