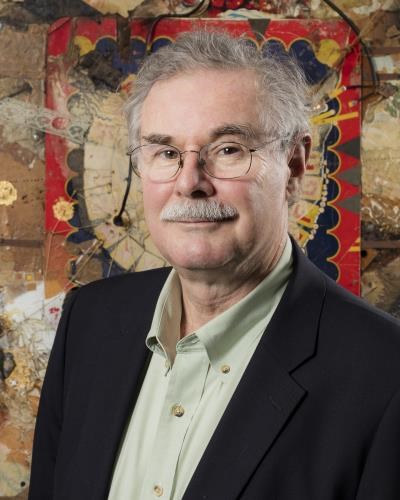 Frank Zuccari, age 70, longtime head of art conservation for the Art Institute of Chicago, died peacefully in his Chicago home on Wednesday, August 26, after a seven-month illness. He was accomplished, kind, informed, generous, modest, a scholar and leader in his field, and an artist/craftsman of the highest order. He loved family dinners, golfing with friends, antiquing and restoring old houses, Cape Cod vacations with his sisters, looking at art with colleagues and friends around the world and lazy weekends on the sofa while his son played piano.

Frank led the Department of Conservation for the Art Institute for 25 years, retiring in early 2018. He came from a family of art restorers and went on to enroll in one of the first graduate art conservation programs in the U.S., in Cooperstown, NY. Frank's career before joining the Art Institute in 1987 included stints at some of the nation's great museums: the Kimbell Art Museum in Fort Worth, the Metropolitan Museum of Art in NYC, and the Museum of Fine Arts, Boston.

While at the Art Institute, Frank oversaw the expansion of the Conservation Department and the development of the Conservation Science program. He had a key role in the planning and installation of the museum's Modern Wing. He was revered for training and mentoring dozens of young conservators who went on to illustrious careers at leading museums. And his work involved the restoration of numerous masterpieces in the collection. Frank spent the last year of his career focusing on one of the greatest paintings in the Art Institute's collection: El Greco's "The Assumption of the Virgin," the centerpiece of the museum's current El Greco exhibition.

He was born in Rome, Italy, to Bianca (Moro) and Nello Zuccari. He is survived by his longtime companion Maureen King and her son Alex King, who Frank helped raise as his son; by his sisters Christina Zuccari (Richard) and Paula Zuccari-Correlli (Dennis); and his nieces Gianna and Isabella Correlli.

A memorial service will be planned when it is safe to gather. In lieu of flowers, gifts may be directed to support education and travel for young conservators: Conservation and Science Department of the Art Institute of Chicago, 111 S. Michigan Avenue, Chicago IL 60603.

Published by Chicago Tribune on Aug. 30, 2020.
To plant trees in memory, please visit the Sympathy Store.
MEMORIAL EVENTS
To offer your sympathy during this difficult time, you can now have memorial trees planted in a National Forest in memory of your loved one.
MAKE A DONATION
MEMORIES & CONDOLENCES
6 Entries
So sorry to hear of Frank's passing. What a loss to your family and the world. He did so much for the arts. He was a true gentleman. I am happy to have known him.
Paul Connor
Family
August 24, 2021
My family will miss Frank. He was always a gentleman and friend to all he met. we are privileged to have known him.
Paul Connor
Family
September 6, 2020
I am so sorry to hear of my cousin Frank’s death. He was so gentle, shy, and naturally generous who I really got to know well only in the past 12 years (since my son's wedding in Chicago). What a treat it was to spend a few minutes with him at the Paul Moro exhibits as he chatted about his grandfather’s painterly creativity.

Frank was an exceedingly skilled restorer, whose work on the huge El Greco paintings in the Art Institute will thrill visitors for decades to come. I know he loved his beautifully renovated home in Chicago, the neighborhood, and his son. When he visited my son Timo’s home, he displayed a natural rapport with our grandchildren. And, gosh, we had fun meeting for dinners on the Cape every September for the past four or five years; Frank was at his best in these intimate settings -- relaxed, engaging, and humorous.

My greatest regret is that we never quite managed to get him to visit us in Indianapolis, making and breaking several dates last year for various reasons, COVID and his cancer diagnosis among them.

My wife Ulla and I send you and the rest of the extended Zuccari family our profound condolences. I have informed my Connor siblings about this melancholy passing. Our family will be making contributions for young conservators to the Conservation and Science Department of the Art Institute of Chicago

JOHN M. CONNOR
Family
September 2, 2020
May the love of friends and family carry you through your grief.
Dr.Richard and Joyce Johnston
Friend
August 31, 2020
Dear Maureen and Alex, I spent a most enjoyable evening with Frank and you out to dinner many years ago. I still remember his sweet face and how lovingly he interacted with you, Alex. I am so grateful to him, and the two of you, for the open arms and generosity you have displayed toward my sister. Susan has kept me informed of your lives over the years and of these last sad several month. My heart goes out to both of you and I offer you my most sincere condolences.