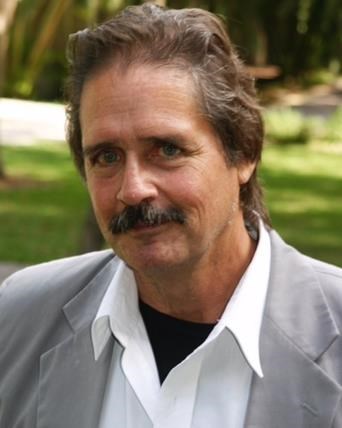 BORN
1948
DIED
2017
Fred S. McChesney, a leader in applying economics to the study of law, and the former holder of the Northwestern University Pritzker School of Law James B. Haddad Chair from 1999-2011, died October 12 in Washington, D.C., after battling an extended illness. He was 68. Professor McChesney received a J.D. from the University of Miami School of Law in 1978 and a Ph.D. in Economics from the University of Virginia in 1982. He practiced law at Steptoe & Johnson in D.C. and went on to become the Associate Director for Policy and Evaluation at the Federal Trade Commission (FTC) during the Reagan administration. The bulk of his substantial career, spanning 35 years, was as a professor of both law and economics at numerous universities, including Northwestern, where he was a professor both at the School of Law and the Kellogg School of Management. During this time he also served as the Director of the Northwestern's Executive LL.M. Program in Europe and the Director of the Law and Business Program. McChesney also taught at Cornell Law School from 1997 to 1999, was the Robert T. Thompson Professor of Law and Business at Emory University School of Law from 1983-1997, and, most recently held the de la Cruz-Mentschikoff Endowed Chair in Law and Economics at the University of Miami School of Law. Professor McChesney was a significant figure in the confluence of business, finance and law. In addition to his teaching, he was the author or co-author of five books and scores of articles, monographs, and scholarly works on antitrust, business and economics in leading academic presses and journals. He is perhaps best known for his groundbreaking work in the field of public choice economics, which argues that political actors behave according to private incentives instead of the public good. Professor McChesney significantly extended the literature in this area in his 1997 Harvard Press book, "Money for Nothing: Politicians, Rent Extraction and Political Extortion," arguing that politicians receive contributions and other rewards not only for acting, but also for threatening to act, and then not executing on those threats. "As those of us who had the privilege of knowing Fred as a friend, colleague or teacher know, he was a kind and generous person with a remarkably good nature," wrote Miami Law Dean Patricia D. White, in an email to the community. "He was also a very distinguished scholar and exceptional teacher. We are all the poorer for losing him and all the richer for having had him among us." Timothy J. Muris, a former chairman of the FTC, friend, and fellow lover of baseball, said, "Fred is a world-class scholar. He is also a world-class individual. Fred makes friends easier than anyone. To eat at Shorty's with Fred is to become engaged in a conversation with the entire picnic-style table, most of whom you have never met. Fred also knows more about pre-Beatles rock'n'roll than anyone alive." Always the Renaissance man, McChesney was a Francophile who spoke fluent French and German, and had an encyclopedic knowledge of the music of the 1950s and 1960s, according to friends and family. His love of music was genetic: his father worked as a big band drummer and his daughter, Mary Elizabeth "Lizzy," is a professional musician. Born in Washington, D.C., McChesney grew up in Montgomery County, Maryland, the oldest of seven. He attended Catholic school starting at Our Lady of Lourdes School in Bethesda through his undergraduate years at College of the Holy Cross. McChesney is survived by his father, Robert William McChesney, Jr., and sisters, Kathleen, Louise Forte and Mary Woodchek, and brothers Robert William III, Michael, and David; four children, Madeleine McChesney Wisbrun (Eduardo), Mary Elizabeth ("Lizzy"), Robert William, IV (Kristina), James Edward, and two grandchildren, Thomas and Nicolas Wisbrun. He was predeceased by his wife, Elaine, and mother, Louise Sanderson McChesney. Visitation will be held Friday, November 10 from 4 - 7:30 p.m. at Holy Redeemer Catholic Church, 9705 Summit Avenue, Kensington, MD 20895. There will be a Mass of Christian Burial at Holy Redeemer Church on Saturday November 11 at 10:00 a.m. Instead of flowers, donations may be made to the University of Miami School of Law in memory of Fred S. McChesney, 1311 Miller Drive, Coral Gables, FL 33146.
To plant trees in memory, please visit our Sympathy Store.
Published by Chicago Tribune from Oct. 20 to Oct. 21, 2017.
MEMORIAL EVENTS
Nov
10
Visitation
4:00p.m. - 7:30p.m.
Holy Redeemer Catholic Church
9705 Summit Avenue, Kensington, Maryland
Nov
11
Mass of Christian Burial
10:00a.m.
Holy Redeemer Church
9705 Summit Avenue, Kensington, Maryland
Funeral services provided by:
DeVol Funeral Home
GUEST BOOK
25 Entries
May all who love Fred and enjoyed his unique presence keep that treasure close in our hearts. He continues to shine and to warm and now without pain or limitations. What a gift he has been in so many lives. I am grateful for having him as my cousin, in my neighborhood, at my school and in family gatherings. He always made me feel so proud!
Mary Ellen Galvan
November 12, 2017
Bob, I'm sorry for the loss of your bro, and of course Smokey was number 1 in many song categories, including leaving (and love). Christine, I am sorry that his grandchildren have lost someone to read Rudyard Kipling poems to them. There's no replacing that. "Freedom's just another word for nothing left to lose."
Joe Ossi
November 11, 2017
A fine man and great scholar. I met Fred in an economics class at U.Va. in the early 1970s. I am sorry that I did not get to know him better. May perpetual light shine upon him.

Alden Abbott
November 9, 2017
To Fred's family: I am so sorry to read of Fred's death. We became friends in 1966 during early morning rowing sessions while freshmen at Holy Cross. Despite not getting to sufficiently interact face to face over the years, we still stayed in touch. He had it all: looks, charm, wit, warmth and intelligence. Holy Cross, and those of us in the Class of 1970 who made his acquaintance, are blessed to have him as an alumnus, classmate and friend. Thanks be to God for Fred and his time with us.
Bernie Monbouquette
November 8, 2017
May The Light of Jesus shining on your soul, Fred McChesney! Bless you rest under God's knees! Best wish to the McChesney family with peace!
Lin Chen
November 7, 2017
Fred was the first male cousin I had and it was always a joy to be around him and to talk to him about anything and everything. His pool was deep and his smile was clever.
David Kane
November 6, 2017
My sincere condolences to the family. I knew Fred both from our time at Holy Redeemer and Good Counsel. While we were not that close, he was a shining star even at HRS. God bless Fred and all the family.
David Arrowsmith
October 23, 2017
I'm so sorry to hear of your dad's passing. I knew your family when you were parishioners at St. Mary in Evanston, and we honored to have had your mom's funeral here. I was literally just thinking about him this week and was shocked when a parishioner told me today that he had died. He will be in our prayers.
Dianne Fox
October 22, 2017
My heartfelt sympathy and love as you grieve the death of this beloved son and brother, Dad, uncle and in my case, cousin. Fred was always so much larger than life. He has contributed a great deal to this world. May he rest in God's close and enduring love.
Mary Ellen Galvan
October 22, 2017
I am so sorry for your loss, may these words from our Heavenly Father bring you comfort - Jeremiah 29:12, 13.
Anita
October 21, 2017
God bless you Fred, you are a great friend. May you Rest In Peace.
Sean Murphy
October 20, 2017
Fred was my friend. I will miss him. I hope his family is surrounded by God's love and comforted by His presence.
Sue Cobb
October 20, 2017
May the God of all comfort strengthen the family during this time of deep sorrow. Those who pass on, God keeps in his memory because they are precious in his eyes. My sincerest condolences. Psalms 116:15.
S.Mason
October 20, 2017
Weed, and the Family of Fred,
John and I send our love and prayers to you.
there is not a finer family than yours, May God embrace you at this difficult time.
Mary, Johnny Holliday
October 20, 2017
JOHN McManus (HC '70)
October 19, 2017
Fred McChesney: a first class scholar and an exquisite human being. I learned a great deal from Fred, but it's his warmth and humor that I will miss most. Rest peacefully, my gentle friend.
Thomas Hazlett
October 19, 2017
When I was a recent college graduate and deciding whether to go to grad school, Fred took the time to talk to me. We had never met and he had no idea who I was except for a brief introduction through a mutual friend. That conversation changed my life. But that's the kind of man he was--a hugely brilliant and influential scholar, but lacking the pretentiousness and ego of so many of that ilk. He was also the greatest storyteller I have ever met. Even when he was in ill health he was genuine, hilarious, and patient. He will be dearly missed.
Todd Zywicki
October 18, 2017
Louise,
So sorry for your loss. You and your family are in my thoughts and prayers.
Debbie Kestel
October 18, 2017
I wish to extend my most sincere condolences on the passing of Fred McChesney. My prayers go out to his family during this difficult time.
Thomas Wong
October 18, 2017
I'm so sorry to hear about Fred, an old friend from Good Counsel. He was a great person. My condolences.
Mark Traversa
October 18, 2017
I remember Fred from his days at Our Lady of Good Counsel High School. You could already see then the fine man he was to become. Deepest condolences to his extended family.
David Hanlon
October 18, 2017
Many, many years since I last saw Fred. He was a high school friend. I attended the Good Counsel jr. prom with him, when his girlfriend wasn't able to go. Last time I saw Fred was at my wedding in 69. He was a really sweet guy.
Betsy Case Madero
October 17, 2017
Grant him peace Oh Lord. He was a true friend with a kind heart and a good soul.
Murph
October 17, 2017
Please accept my condolences on your loss. May the God of All Comfort all of you and give you peace.
S R
October 17, 2017
My condolences for the loss of your loved one. Keeping in mind the scriptural hope of everlasting life can help to sustain you during this difficult time.-John 17:3.
V S
October 17, 2017