Geoffrey Kent, Professor of Pathology Emeritus at Northwestern University, has led a distinguished career in research, administration and teaching in four countries across two continents. Graduating with an M.D. from the University of Amsterdam in 1939, he displayed a remarkable affinity for training with exceptional leaders in medical research and education. His mentors included international clinical leaders, speakers, authors and famous scholars, including the internationally recognized Drs. Snapper (pathology, arteriosclerosis, diabetes, 1938), Wilkinson (hematology, pernicious anemia, 1943) and Popper (liver function and structure, 1953). He studied under the best that European medicine could offer and throughout his life insisted on passing on this legacy to his own students in kind. Kent himself dramatically escaped Amsterdam by sea in May, 1940, only hours before the Nazi invasion stormed this city. His survival, along with the 60 young Jewish children left in his charge was only one of several instances during his life of understated yet heroic leadership abilities. During the period of war that followed in Britain, Kent served the wounded alongside other medical colleagues during the Manchester Blitz of December, 1940. He was awarded a medical license from the Royal College of Physicians of London in 1943 and a Masters of Science degree at the University of Manchester in 1944. After serving England again in Holland and Belgium as an officer with the Desert Rats Division of the Royal Army Medical Corps from 1943 to 1947, he emigrated with his family to Canada to become Director of Pathological Services for Southwest Saskatchewan, living in Moose Jaw. In 1953, he emigrated to the United States to become Associate Director in the Department of Pathology at Cook County Hospital in Chicago where he continued an association with world-class liver disease research and its clinical applications. It was here also that he became associated with Northwestern University and was granted his Ph.D. in Pathology in 1958. In subsequent years, Kent would undertake a prominent career in teaching at Northwestern while collaborating with the most noted names in medicine, and would write over 160 published articles on various aspects of liver function. Through a series of senior-level appointments, Kent then emerged from being Senior Pathologist at Cook County in 1953 to Chairman of the Department of Pathology at West Suburban Hospital in Oak Park in 1958 and later to Chairman at Chicago Wesley Memorial Hospital in 1969, and then finally Pathologist-in-Chief and Director of Laboratories at Northwestern Memorial Hospital in 1973. Throughout these appointments, Kent developed strong, cutting-edge technical organizations specializing in research, federal grant procurements, integration with clinical administration, and of course, teaching. He is distinguished by an exceptional history of organizational development, and a charisma that he brought to his teaching leadership. His legacy will continue to influence the best in research, teaching and mentorship at Northwestern through the "Tripartite Legacy Award" that has been sponsored by his family in honoring him and recognizing annually the best of faculty at the Feinberg School of Medicine. Dr. Kent's contributions, and those of his mentors and successors, have contributed significantly to making Northwestern a leader in the field of medicine today. Professor Geoffrey Kent retired in 1976 and passed away quietly at his final residence in Arlington Heights, IL. He was preceded in death by his devoted wife, Katharine

Published by Chicago Tribune on Apr. 27, 2008.
To plant trees in memory, please visit the Sympathy Store.
MEMORIAL EVENTS
To offer your sympathy during this difficult time, you can now have memorial trees planted in a National Forest in memory of your loved one.
MAKE A DONATION
MEMORIES & CONDOLENCES
Sponsored by The Family of Dr. Geoffrey Kent.
11 Entries
Dr. Kent held an important, positive role in forming our family's life path.
On few occasions that I had a privilege to be with him and Mrs. Kent I remember how sweet he was when playing with our small children. I will always remember his gentle manner.
Marija Vuckovic
Marija Molnar/Vuckovic
April 30, 2008

April 30, 2008
As a former resident under Dr. Kent I will always be grateful for his teaching and guidance. What I will always remember and cherish are the days we "just talked" about life, the world, what it means to be a professional and his comment to me about pursuing wealth: "never pursue wealth because you cannot obtain it that way;only by working hard will it come after you!" I will always treasure the memories of those conversations.
thomas rudd
April 29, 2008
Dear Paul and Family,
We send our sympathy to you on this passing of your father. How fortunate you, Fran and your children were to have such a wonderful man as a role model for a father and grandfather. He was truly a great man who made signficant contributions to society. Thank-you for sharing this tribute to your father.
Suzanne, Ronald, Jessica and Douglas Zweig
April 28, 2008
As one of the children left in his charge on our jouney together from Holland to England in May, 1940, I am particularly moved by the news of his passing, and want to express sincerest sympathy to his family.
Norbert Ripp
April 28, 2008
What a wonderful tribute to my grandfather's life. May his spirit be remembered always. With love, Christie
Christine Kent
April 28, 2008
Please accept our deepest sympathies.
Tom and Marcia Korman
April 28, 2008 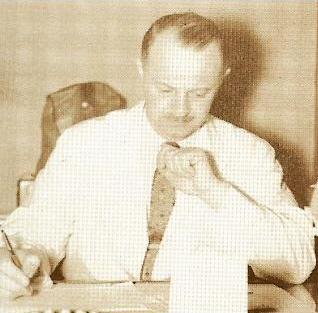 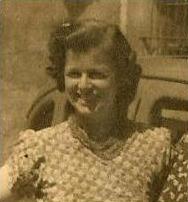 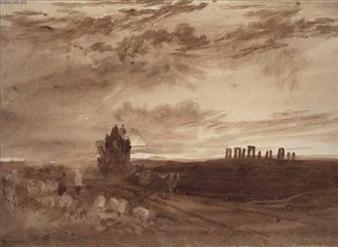 April 28, 2008
Dr. Kent was a worldclass leader in his field and had a tremendous life history. His legacy of leadership endures in the next generations of his family.
May his many life accomplishments be celebrated.
With deepest condolences,
Atty. Coleen Higgins
April 27, 2008
Showing 1 - 11 of 11 results