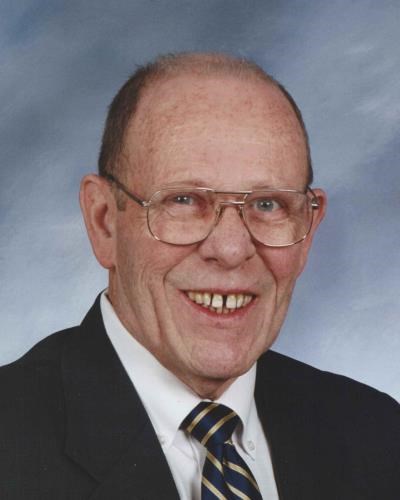 BORN
April 27, 1934
DIED
November 23, 2020
ABOUT
Leo High School
George Francis Dempsey, 86, a longtime resident of Hinsdale, IL, passed away on November 23, 2020, at his home in Western Springs, in the loving care of family and caregivers. He was preceded in death by his beloved wife, Mary Fleming Dempsey, and his parents, John "Jack" F. and Margaret "Marge" F. Dempsey. He is survived by his children, John, Mary Clare (Kevin Hitzeman), Joseph (Paula), William, and Patrick (Madhuri), his sister Mary Margaret Dempsey and his step-grandchildren, Erin Hitzeman, Shannon Hitzeman, Caitlin Hitzeman, and Kendall (Justin) Burkhardt. George was born on April 27, 1934, in Chicago where he attended grade school at Christ the King and Visitation and graduated from Leo High School in 1952. He graduated from the United States Naval Academy in 1957 where he was 1956 Brigade Boxing Champion and 1957 Brigade Boxing Manager. He earned master's degrees in industrial engineering and systems management from the University of Southern California. He married the love of his life, Mary Fleming Dempsey, in 1958. He proudly served his country in the United States Air Force for 20 years and was awarded a Bronze Star Medal for his service in Vietnam. George retired in 1977. His Air Force career took him to Tokyo, Anaheim, and Washington, D.C., but he never strayed far from his south side Chicago roots. He worked in various business positions after his retirement from the Air Force. He loved participating in many veterans' parades and events. George had a lifelong affinity for the theatre. He acted and directed in community theatre wherever he lived, founding a Saigon theatrical group during his tour in Vietnam. George and Mary were Active members and Laureates of the Theatre of Western Springs for decades where they both acted in many plays and served on the Board of Governors. George also worked as a stage manager and was a director for workshop productions. From 2005 to 2019 George served on the Joseph Jefferson Committee honoring outstanding Chicagoland theatre artists and served as Chair of its Membership Committee. He taught classes in musical theatre at the College of DuPage. One of his favorite quips was, "New York may have Broadway but Chicago's got Theatre!" George was an adoring husband and a loving father. Throughout the duration of Mary's Parkinsonism Disease, George was her primary caregiver, inspiring all with his love and support. In the words of a friend, "Mr. Dempsey was one happy guy. He always lit up a room!" Funeral Mass for family only due to Pandemic. Celebration to be scheduled when it is safe to congregate. In lieu of flowers, donations are requested to the Theatre of Western Springs Foundation: TWS Foundation, 4384 Hampton Avenue, Western Springs, IL 60558, theatreofwesternsprings.com/donate/tws-foundation/ Arrangements by Brian Powell Funeral Directors of Hinsdale. For information 630-703-9131 or www.powellfuneraldirectors.com.

To plant trees in memory, please visit our Sympathy Store.
Published by Chicago Tribune from Nov. 25 to Dec. 3, 2020.
MEMORIAL EVENTS
No memorial events are currently scheduled.
To offer your sympathy during this difficult time, you can now have memorial trees planted in a National Forest in memory of your loved one.
Funeral services provided by:
Powell Funeral Directors
GUEST BOOK
4 Entries
My heartfelt condolences to the family
Parker
December 2, 2020
I am sending my sincercest and deepest sympathies to all of the Dempseys. Your mom and dad were truly wonderful people! I can still hear your dad's voice . He was a genuine person and so happy to see you when you came in! Always there with the kindest things to say!
Margarita (Sinclair) Levasseur
Friend
November 29, 2020
Like so many other people, I really loved George. George taught me a multitude of essential life lessons...through the poetry of his words, through his masterful storytelling, through his epic chronicling, and through his sincere concern for those around him. I will never forget the twinkle in his eye, his captivating chuckle, or the light within him.
Kim Gareiss
Friend
November 28, 2020
George and Mary were the dynamic duo whose devotion to their children, church and country enriched the lives of all the lucky people who were welcomed into their lives.
Margaret Sinclair
November 28, 2020