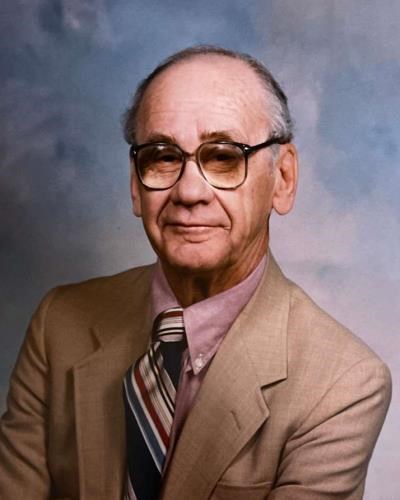 BORN
1927
DIED
2021
FUNERAL HOME
Lakeshore Jewish Funerals
3480 N. Lake Shore Drive
Chicago, IL
George Vass, 93, of Morton Grove, IL died on December 29, 2020. He was born in Leipzig, Germany as a Hungarian citizen on March 27, 1927 to Aloysius and Minna (Blankfield) Vass. After moving to the United States in 1935, George attended the public schools in Springfield, IL, graduating from Springfield High School in 1945. He then served in the United States Army for two years. Upon return, he graduated from Washington University in 1950 and received a master's degree in Journalism from Northwestern University in 1952. In 1951, George married Theresa Miller, who preceded him in death in 1977. In 1979, he married Joyce Penner, who preceded him in death in 1995. Also preceding him in death were his parents and three brothers; Charles, Samuel and John. He was managing editor of the National Jewish Post and Opinion from 1935-55, then was an editor and executive sports editor at the Rockford Register Republic from 1955-58. He was a sportswriter at the Chicago Daily News (1958-78; he was the baseball beat writer from 1965-78 and also covered the Bulls and Blackhawks) and Chicago Sun-Times (1979-94). Upon his retirement from newspaper work, he continued to write books and contribute monthly pieces to Baseball Digest. He also contributed to Hockey Digest. He has written over a dozen books on sports subjects, as well as two historical novels, including Tiberius and Our Norman Slander'd King. George was a devoted and loving father and grandfather. Survivors include two daughters: Sherry (Vince) Winkler and Cindy (John) Savio; two sons: Kurt (Suzy) Penner and Arnie (Beth) Penner; 10 grandchildren: James (Matt Raskin) Winkler, Tony Savio, Michelle (Mike) Talian, Jack (Sarah Brooks) Savio, Brittany Bennett, Nicolette (Taylor) Cross, Katie Penner, Luke Penner, Kyle Penner and Maggie Penner; and one brother, Joseph Vass. A private graveside service has been held, with a Celebration of Life at a later date.

Donations in George's memory can be made to the American Cancer Society, 225 N. Michigan Ave., Chicago, IL 60601. Arrangements entrusted to Lakeshore Jewish Funerals, 773-625-8621.

Published by Chicago Tribune on Jan. 3, 2021.
To plant trees in memory, please visit our Sympathy Store.
MEMORIAL EVENTS
To offer your sympathy during this difficult time, you can now have memorial trees planted in a National Forest in memory of your loved one.
Funeral services provided by:
Lakeshore Jewish Funerals
MAKE A DONATION
Please consider a donation as requested by the family.
MEMORIES & CONDOLENCES
6 Entries
Cindy, I´m so sorry for you and your family´s loss. Your dad was such a nice man. Always had a smile for me when we were kids. Please accept my condolences.
Carol (Swenson) Barrett
March 28, 2021 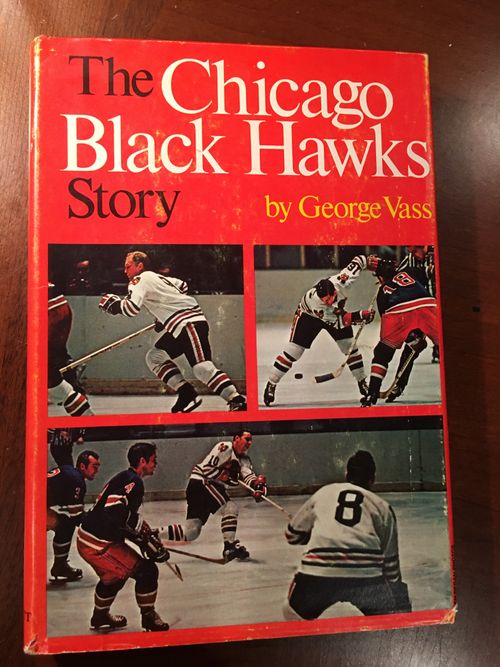 Why today? A friend called today with interest in writing a book about the NHL! The first thing I told him "wonder if George Vass is still alive?' For us Blackhawk fans he brought us this incredible book back in 1970 about our TEAM and our HEROES! Of course we read all of his articles on the Hawks as this was the team we followed! But his legacy will be a lot more than one book or one article! He kept us sports fans "in the know when it came to Chicago!" My condolences to his family and friends!
Bobby Friedlander
Acquaintance
March 21, 2021
I have nothing but fond memories of George in more recent years. I knew of his prolific writing and have a couple of his books but came to know him when he befriended my mother, Ruth. He always struck me as an honest, kind and scholarly man who loved music and travel and the written word and was, above all, a true gentleman. He left an indelible impression upon my sister, my husband and I. His was a precious life, well-loved, and he will be missed by many. Godspeed, George
Terri Treiman-Wroclawski
January 3, 2021
All who worked with George -- we shared a few years on the Sun-Times sports copy desk in the early '80s -- revered the man. His competence and calmness under deadline pressure, his delightfully fragrant pipe and his astounding worldliness -- and tolerance of his colleagues' bursts of silliness -- made him a treasure. Loved the guy . . .
Alan Solomon
Coworker
January 3, 2021
Sooooo very sorry Sherry..... I didn´t know your dad but wish I would have had the honor........ sending hugs.....xoxo Janet
Janet Vadon
January 1, 2021
While never lucky enough to meet George, we know his relationship with his children was a very special one. He will be dearly missed. Deepest condolences.
The Lewandowski Family
December 30, 2020
Showing 1 - 6 of 6 results