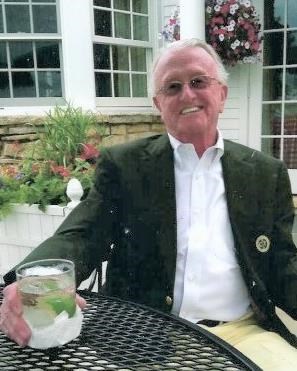 Gregory was born on November 6, 1941 in Queens, NY to Raymond and Muriel (McCabe) Junkin. He graduated from New York University with a degree in finance and accounting. Gregory had an incredible career beginning at the New York Stock Exchange. In 1965 he joined Dean Witter and became a principal at 29 years of age. In 1973 Gregory became a general partner and Vice President of The Balcor Company. In 1981 Gregory and his partners formed a small investment group to purchase the Chicago White Sox baseball team. Balcor was sold in 1982 to an American Express subsidiary and Gregory was asked by American Express to remain and serve as Vice Chairman of Balcor. In 1984 Gregory was also appointed Chairman of Balcor Entertainment Company, Ltd. He retired from his positions in 1987. Gregory was a long standing board member of Guarantee Trust Life Insurance Company.

Gregory had a passion for golf and loved his years as an active member at Conway Farms Golf Club and formerly Knollwood Club. Gregory was known for his quick wit, his infectious smile, and sense of humor. Gregory was a natural storyteller, and often the life of a party. In 2001 Gregory married the love of his life, Joanne Tinsley.

To plant trees in memory, please visit our Sympathy Store.
Published by Wenban Funeral Home, Ltd. from Jan. 17 to Jan. 21, 2021.
MEMORIAL EVENTS
No memorial events are currently scheduled.
To offer your sympathy during this difficult time, you can now have memorial trees planted in a National Forest in memory of your loved one.
Funeral services provided by:
Wenban Funeral Home, Ltd.
GUEST BOOK
2 Entries
With caring thoughts and love
Frank
January 18, 2021
Our hearts and prayers are with you Heather, Ellis and family during this difficult time. Your Dad was also so friendly, warm and kind and we always enjoyed seeing him at the baseball games cheering the boys on. A true class act.
Tom and Kathy Reed
January 13, 2021