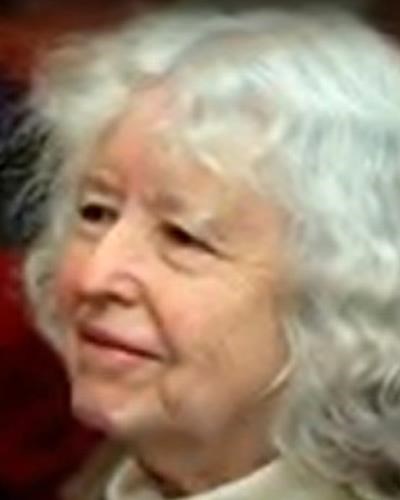 BORN
1931
DIED
2020
Harriet Treon Friedlander, of Evanston, November 24, 2020, at 89. Born Harriet Ann Treon on May 20, 1931, in Recife, Brazil, where her father was then working, and raised in Pittsburgh, Pennsylvania. Like her parents and sisters, Harriet was a graduate of the Carnegie Institute of Technology, now Carnegie-Mellon University. She married William Friedlander in 1960 following four years in San Francisco. They lived first in Chicago and, since 1965, in Evanston, a community she grew to love. Harriet founded the Evanston Farmers' Market in 1975 out of a desire to be able to buy locally-grown organic produce. Driven out by low-cost grocery chains, farmers' markets had disappeared in the Chicago area after the Second World War, but began reappearing in the mid- and late 1970s. The Evanston Market was the very first, and soon was widely emulated in both the city and suburbs. Harriet was well-known among the farmers, many of whom have now been at the market for decades. In 2008, along with her friend Libby Hill, Harriet also founded North Shore Village, a self-help organization for seniors committed to maintaining active social and intellectual lives and living independently. It is now known as WiseUp. A lifelong learner, Harriet loved taking adult-education classes at Northwestern University, where she studied poetry, Eastern philosophy, and the works of Dante and Goethe, among others. She was a popular class co-leader and developed many devoted friendships. She had a gift for light verse, and friends always looked forward to her witty and insightful poems, carefully crafted for special occasions. An excellent chef, Harriet was also a gardener and herbalist, and brought her love of the natural world to a fine-art form she invented. Botanical fiber art, as she called it, involves dried plants and flowers, fabrics and dyes. A lifelong classical-music listener, she enjoyed opera especially and Wagner's works in particular. Harriet is survived by her husband of sixty years, Willliam; sons Gustave and Charles Friedlander, both of Evanston; sister Susan Treon of Pittsburgh; and several cousins. She was preceded in death by her parents, Clyde Treon and Miriam Treon (nee Salter), and sister Catherine. She is deeply missed, and will be loved forever. A memorial gathering is planned for a later date. Arrangements by Cremation Society of Illinois, 773-281-5058 or www.cremation-society.com.

To plant trees in memory, please visit our Sympathy Store.
Published by Chicago Tribune from Dec. 6 to Dec. 10, 2020.
MEMORIAL EVENTS
No memorial events are currently scheduled.
To offer your sympathy during this difficult time, you can now have memorial trees planted in a National Forest in memory of your loved one.
Funeral services provided by:
Cremation Society of Illinois
GUEST BOOK
3 Entries
Harriet always had a glow about her. I will never forget her radiant face showing her intelligence and warmth. She was always so kind and I will never forget her.
Beth Murphey-Steffen
January 7, 2021
Wonderful person to be around. Harriet will be missed
Eva
December 9, 2020
So sorry for your loss. Harriet’s legacy lives on through Wise Up & her many other wonderful contributions.
Marguerite O'Connor
Acquaintance
December 7, 2020