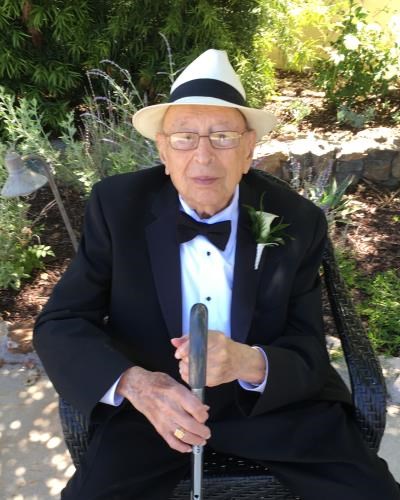 UPCOMING SERVICE
Funeral
Sep, 30 2021
Miramar National Cemetery
Send Flowers
Harry J. Grossman died at his home in Encinitas, California on September 7 at the age of 103. Harry was one of a few thousand surviving World War II U.S. Army veterans, served in North Africa and was stationed with a hospital unit in Italy.

Harry and his wife Marjorie (nee Spielman) would have celebrated their 79th wedding anniversary in October. Harry and Marge lived in West Rogers Park, in Chicago and Northbrook, Illinois for over 70 years, where they were extremely active at KINS Synagogue and Harry served as the men's club president. Harry loved golfing - which he played until he was 99, and cooking - especially his corned beef recipe.

Published by Chicago Tribune on Sep. 15, 2021.
To plant trees in memory, please visit our Sympathy Store.
MEMORIAL EVENTS
Sep
30
Funeral
Miramar National Cemetery
San Diego, CA
MAKE A DONATION
MEMORIES & CONDOLENCES
1 Entry
My love and condolences to all. I missed Margie. And Harry for the past years. A wonderful friendship.
TobyElrod
September 15, 2021
Showing 1 - 1 of 1 results