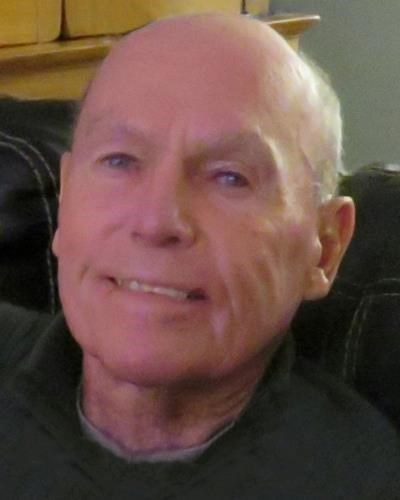 BORN
1941
DIED
2020
FUNERAL HOME
Wallace Funeral Home - Barboursville
1159 Central Avenue
Barboursville, WV
James "Jim" Edward Moran, 78, of Barboursville, WV, formerly of Chicago, Illinois, passed away Saturday, April 11, 2020. He was born October 25, 1941 in Chicago, IL, a son of the late James Edward and Helen Ferguson Moran. He was a retired school teacher and was a member of St. Joe Catholic Church. He is survived by one son, Matt (Renee) Moran of Huntington; one brother, Tom Moran of Chicago, IL; four grandchildren, McKenzie, Mason, Rachel, and Riley Moran; and a host of nieces and nephews. A memorial service will be held at later date in Chicago. In lieu of flowers, memorial contributions may be made to St. Joseph Catholic School. Wallace Funeral Home, Barboursville, WV, in charge of arrangements. Online condolences may be expressed to the family at www.timeformemory.com/wallace.

Published by Chicago Tribune on Apr. 14, 2020.
To plant trees in memory, please visit the Sympathy Store.
MEMORIAL EVENTS
To offer your sympathy during this difficult time, you can now have memorial trees planted in a National Forest in memory of your loved one.
Funeral services provided by:
Wallace Funeral Home - Barboursville
MAKE A DONATION
MEMORIES & CONDOLENCES
4 Entries
I enjoyed coaching with Jim he was a great coach and a good friend. I will miss are talks about basketball and life
Craig Johnson
Friend
April 8, 2021
Matt I am your dad's cousin. We grew up together in the same 2 flat on south Fairfield st in Chicago. I moved out west 50 years ago. I live in bellevue Washington near Seattle. It has been a few years since I've seen your dad. I asked him to come visit but he never did. I was very sorry to hear of his death. Keep in touch.
Sally Moran Gasparich
March 31, 2021
I so loved coaching with Jim he knew his game and made me laugh a lot I will remember him as my friend and a coaches coach
Craig
Friend
October 27, 2020
My prayers and blessings for an old friend.
Debbie
Friend
April 17, 2020
Showing 1 - 4 of 4 results