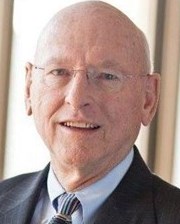 Prominent Chicago philanthropist, distinguished businessman, tireless civic leader, and consummate family man James William Mabie, 85, passed away on the morning of May 8, 2021, at his home listening to Bluegrass music and surrounded by his loving family.

Jim grew up in Winnetka, IL, with his parents, Bill and Florence (née Buddig) Mabie, his older brother John, and his younger sister Marcia (Gibson), and was happy to spend his childhood running through vacant lots, playing baseball in the streets, and throwing his vegetables out the dining room window when his mother wasn't looking. Days filled with fishing at the Tower Road Beach pier with the guys and nights spent trying to beat his dad at ping pong were topped off by bowls of popcorn all around. Although Jim only lived one block from Hubbard Woods Elementary, he held the record for the most days arriving late to school, a "notable achievement" he was endlessly proud to share.

Upon entering New Trier High School, Jim knew it was time to start earning a little money, so he tried his hand at a variety of jobs. Caddying at the Winnetka Par 3 was great, but he discovered Indian Hill Country Club afforded better tips. Hand-setting bowling pins at the Winnetka Community House lanes kept his feet moving until the new setting machines soon boxed him out of a job. Landscaping and shoveling cinders for Winnetka Public Works, digging ditches for Killian Plumbing, and delivering Fuller Brushes for his brother's business all kept him busy, but it wasn't until Jim started selling his own Fuller Brushes and Real Silk hosiery door-to-door that he discovered his love of connecting with people. Never knowing what was behind each door was what excited him, and the opportunity to meet and talk with new folks every day had him hooked.

After graduating from high school, Jim entered Williams College to major in Political Economics. While many friends were made and antics engaged in, it was here that he discovered his passion for advocacy. After joining a fraternity as a freshman, by junior year Jim had become deeply bothered by the lack of diversity and climate of exclusivity they perpetuated. He left his fraternity on principle and strongly lobbied the college to require fraternities to be all-inclusive. Despite being repeatedly rebuffed by the Williams president, he was persistent in his vision for a more nondiscriminatory and unbiased college culture. Although it was not to be before he graduated in 1957, Jim's relentless advocacy laid the groundwork for the college's "Total Opportunity" system only a year later, which attempted to make the fraternity selection process more equitable, and then the complete abolishment of the Greek system at Williams by 1962. "It cost me a couple of friends, but so what. It was worth it," Jim would say of one of his proudest moments.

After leaving Williams, Jim got turned on to opera, which would flourish into a life-long love. It was at this time that he found himself in possession of two tickets to the Lyric Opera and no one to accompany him. At the suggestion of a friend, Jim looked up Katherine Kingsbury, an acquaintance from New Trier High School. Kay and Jim had first met as freshman there, had run in the same crowd but never dated because she wasn't so sure about that "Mr. Smooth." But she agreed to go with him because she, too, loved the opera, and knew that this guy then couldn't be that bad. One opera led to another, closely followed by art exhibits, and pretty soon Jim was asking for Kay's hand in marriage as Sonny Kingsbury soaked in the bathtub because Jim just couldn't wait for him to get out. Jim and Kay were married at Christ Church in Winnetka in the fall of 1959.

The couple set up shop in Evanston, IL, and Jim continued his work with Marshall Fields that he had begun after graduation. Having started in the stock rooms, Jim worked his way up from the Complaint Department to a position as a Millinery Buyer. From there he moved to Women's Sportswear, finally landing as Lead Buyer for Women's Dresses and Suits. Jim took many trips to New York, Paris, and London in search of the latest trends for the well-known department store, often bringing home samples for Kay and their two young children, Sarah and David. However, Marshall Fields' addition of Sunday to the work week, coupled with juggling night classes at University of Chicago, made Jim realize that a change was due and he made the move to Beeline Fashions as Vice President of Merchandising.

By this time the young family had moved to Wilmette, IL, but Jim began to feel the call of the wild and started looking for land. While he thought they would end up further west, Kay knew that accessibility to the highway was important to get to the city, so Northfield, IL, was agreeable. The couple found a fine fixer-upper, and Jim quickly set about building rabbit hutches in the side yard, hanging swings from the trees, and constructing a chicken coop that was taken over within hours of completion by the dolls of his new two youngest daughters, Martha and Anne. While the chickens were never to be, many snakes, rabbits, turtles, hamsters, dogs, doves, ducks, litters of puppies, and other animal friends were enjoyed by the family of six, all living amongst a grape arbor, vegetable garden, apple trees, a pumpkin patch, and a weeping willow planted for each child.

As the young family settled in, Jim began to hone his hobbies. Skiing was a passion, and he taught all of his children by sending them down the sides of the overpasses on either side of the Edens expressway. Jim was crazy for all of it, from Wilmot Mountain, to Alta, all the way to helicopter skiing the Bugaboos in British Columbia. But his true love was Telluride, Colorado, where the mountains felt like home every time. When he wasn't skiing, Jim could be found playing tennis four mornings a week. Described as a spider on the court, no one wanted to be on the receiving end of his wicked forehand. Travel always afforded opportunities for new adventures, and Alaskan glaciers, Icelandic volcanoes, South American ruins, African savannahs, Nordic fjords, Cuban art markets, Egyptian pyramids, Parisian bookstalls, Spanish bull running, and the wonders of the Galapagos Islands were all explored with Jim's typical curiosity and gusto. He considered himself a whiz at ping pong, an absolute pool shark, a Connect Four savant, and a damn good poker player. And don't even think about playing a game of gin against him because you would lose.

By 1970 Jim had moved into finance, joining his father and brother at A.G. Becker & Company as a Managing Director. After 13 years there, he joined William Blair & Company, where he held senior leadership and portfolio management roles for 35 years. In 2018, at the young age of 82, Jim decided it was time to begin a new project and co-founded Chicago Capital, a boutique investment firm focused on helping families meet financial goals that span multiple generations. His insightful analysis into growth opportunities, thoughtful approach to a client's long-term goals, keen eye to market strategy and timing, and abiding interest in what makes businesses and people tick came together to make him an exceptional financial advisor. Jim invested in people, and loved every minute of it. Over the years, not only was he featured in several publications including Barron's, Crain's, Chicago Magazine, and Wealth Management Magazine, he was also asked to lend his talents to several prominent organizations and non-profits such as Chicago Symphony Orchestra (Finance Committee Chair), Lyric Opera of Chicago (Finance Committee Chair), Chicago Workforce Investment Board, Public Radio Capital, the Northfield Village Board of Trustees, the District 29 Board of Education, the Center for Development Economics Visiting Committee for Williams College, and many others.

But it wasn't all about business. Jim loved this city. He had a vision of what Chicago could be, and put his shoulder to the wheel to achieve it. Hand-in-hand with Kay, they looked around to see what needed doing and did it. Thresholds (Chair), Cara Collective, The Resurrection Project, North Lawndale Employment Network, StreetWise, The Night Ministry, Inspiration Corporation, The Emergency Fund, All Chicago, Chicago Furniture Bank, Urban Gateways, Housing Opportunities for Women, Lakefront Supportive Housing, and many others were all part of what Jim considered necessary for a more just, equitable, and kind Chicago, and he made sure they all had what they needed.

A vibrant city must have a vibrant press, and Jim would accept no less for Chicago. Serving as Chairman of both WBEZ and WTTW/WFMT, and providing financial support for ProPublica and The Sun Times, he sought to promote diverse perspectives and unbiased analysis in the interests of a stronger city.

While at Williams College, Jim had taken an art class and he let it change him. He knew he wouldn't be an artist himself, but he wanted to live in a world in which there was art, music, theatre, and dance, and together he and Kay helped Chicago to revel in it. Old Town School of Folk Music (Chair), Music Institute of Chicago, Merit School of Music, Ravinia Festival, Chicago Symphony Orchestra (Vice Chair), Lyric Opera of Chicago, Hubbard Street Dance Company (President), Steppenwolf, Goodman Theatre, and many others were the beneficiaries of Jim's passion. But the contribution he was most proud of was co-founding the Chicago High School for the Arts, better known as ChiArts (founding Chair). Created to address the issue of diversity and representation in the Chicago arts community, ChiArts was born as a public institution that would provide a comprehensive learning environment with superior arts training at the high school level for aspiring young artists. Jim was single-minded in his celebration of the school and its students, and took every opportunity to marvel at the talent that flourished all around his city.

Jim is survived by his wife Kay (née Kingsbury); his daughter Sarah Weyerhaeuser and husband David; his son David and wife Amanda Carney; his daughter Martha Gardner and husband Joby; his daughter Anne Peterson and husband Brent; and his brother John Dayton Mabie. He was an adoring grandfather to Kaylee Prior (Tim), Jake, and Natalie Weyerhaeuser; Nora, Grace, Nolan, Finn, and Blaine Mabie; Zoe, Senna, and Mason Gardner; and Parker and Maddux Peterson; and a doting great grandfather to Sadie and Jack Prior. He was preceded in death by his parents William and Florence (née Buddig) Mabie, and his sister Marcia (née Mabie) Gibson. 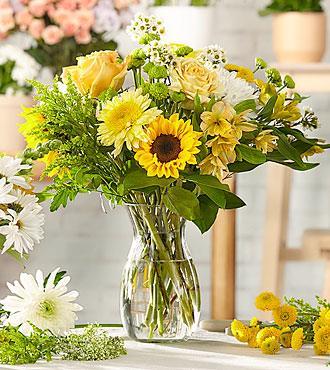 William Blair PWM Friends
July 30, 2021
Dear Kay and Family,
I was terribly saddened to learn that your dear Jim died.
Anything that I can say or do at a time like this will be of little comfort.
You and your entire family have my deepest and sincerest sympathy.
With love, Liz Stiffel
Lisbeth Stiffel
Friend
May 17, 2021
Dear Kay and family, Julie and I just learned of Jim’s passing, as we are traveling. Thinking of all of you as you grieve, and celebrate, a life well lived. Jim made a difference in this world, and it better because of him. Sincerely, Dan and Julie Schmidt
Daniel Schmidt
Friend
May 15, 2021
Showing 1 - 3 of 3 results