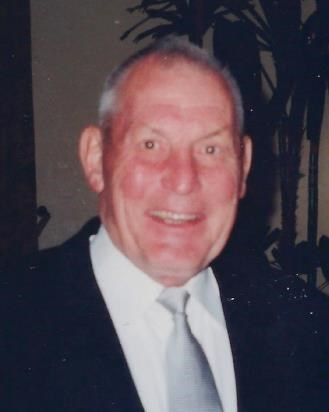 BORN
1932
DIED
2021
FUNERAL HOME
Pacific View Memorial Park and Mortuary
3500 Pacific View Drive
Corona Del Mar, CA
John passed peacefully to the embrace of our Lord surrounded by those who loved him on July 21st, 2021. Born in Chicago, Illinois and growing up in Arlington Heights, Illinois, he was the son of John Deininger and Martha Loepke Deininger. He received a football scholarship to Bradley University in Peoria, Illinois. Graduating with a degree in Engineering, John received Bradley's top Honors award of Scholarship, Athletics and Citizenship.

In 1955 he was inducted into the Army/Air Force to serve in Japan with the peacekeeping forces. Playing with the Air Force Football Team as Captain and winning the Southeast Asian conference, he drew the attention of the Chicago Bears who drafted him in 1956. John played Defensive End for the Bears for one season and, after suffering a knee injury, decided to end his athletic career and use his engineering education to forge a career in business.

He joined Signode Corporation as a field engineer and led the patented invention of several of their innovative and ground-breaking construction tools. He rose to the Office of President and COO and in 1986 led its $550 million leveraged buyout, reducing debt by 50% in four years without any asset divestitures, before selling the entire company to Illinois Tool Works, making it the largest corporate buyout to date.

As Executive Vice President of ITW his responsibilities included worldwide manufacturing. His travels to Asia in 1988 included attending a business conference in Beijing, China where he met the "love of his life", Bettina Laughlin, who was a delegate from California. Marrying in 1990, they enjoyed living on the "Gold Coast" of Chicago and their partnership took them all over the world, eventually living in many states.

Retiring from ITW, John's expertise was highly sought to revitalize many companies in Chicago and the Midwest region. Instead, he chose to join a partnership to invest in and serve as President and CEO of the Union City Body Company, an historic American automotive manufacturer which he brought out of bankruptcy, saving hundreds of jobs.

As one of the founding investor members of Madison Industries (formerly Madison Capital) he chaired the Plastics Group and is credited with successfully reorganizing Pawnee Rotational Molding as part of their investment portfolio. John remained as an advisor to Madison, serving on their board for over twenty years.

The USC Viterbi School of Engineering selected John to join their Board of Councilors in 2003, and he and Bettina enjoyed a strong relationship with the School and the University until he passed. As part of their contribution to campus beautification they commissioned a 21 foot high bronze sculptural fountain by Aristedes Demetrios, named "Generations", representing the three generations of their family members to have attended USC. The fountain was dedicated in 2009 and is adjacent to the Faculty Center.

John and Bettina have generously supported numerous philanthropies in their life together and invite you to give in his honor to the philanthropy of your choice.

Published by Chicago Tribune on Aug. 1, 2021.
To plant trees in memory, please visit the Sympathy Store.
MEMORIAL EVENTS
To offer your sympathy during this difficult time, you can now have memorial trees planted in a National Forest in memory of your loved one.
Funeral services provided by:
Pacific View Memorial Park and Mortuary
MAKE A DONATION
MEMORIES & CONDOLENCES
0 Entries
Be the first to post a memory or condolences.