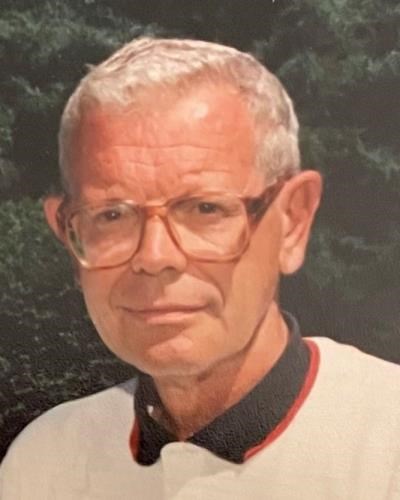 BORN
1936
DIED
2021
ABOUT
Evanston Township High School
FUNERAL HOME
DONNELLAN FAMILY FUNERAL SERVICES
10045 SKOKIE BLVD.
Skokie, IL
John C. ("Hittman") Hitt, 84 of Glenview, passed away on May 28, joining his wife of 56 years, Patti, who passed away early last year. He was born to the late Eldridge and Christine Hitt, on July 21, 1936, in Evanston, Illinois. John graduated from Evanston Township High School in 1954, and earned a Bachelor of Business Administration from Loyola University (after a short stint at Colgate University) and worked in banking, corporate finance, and risk management. He married Patti Sullivan in 1964, and they lived together in Winnetka, IL for thirty-five years before relocating to Glenview. John is survived by four children: John Hitt, Jr. (Stephanie), of Evanston; Elizabeth Raudat, of Glenview; Patrick Hitt (Bernadette), of Narberth, PA; and Kathleen Hitt (Tristan Behm), of Mt. Shasta, CA. He is also survived by ten grandchildren, his brother Peter Hitt of Dallas, TX and his sister Julie O'Sullivan, of East Elmhurst, NY. Hittman was a great athlete, excelling in track, cross country, basketball, speed skating, golf, and just about any other sport that he tried. Among his many accolades in high school, he was third in the mile run at the state track meet his junior year, helped lead ETHS to the 1953 State Championship in Cross Country, and was a captain of the basketball team his senior year. He started to focus on golf and quickly became known for his putting skills, including helping out a couple of the professional golfers with their game when he played in the Bob Hope Desert Classic for five years in his 70's. He even shot his age twice when he was 76. In addition to his athletic skills, people knew John Hitt as a man who was generous, a consummate supporter of the underdog, patriotic, complicated, sometimes unruly, opinionated, sharp-witted, surprisingly pious, loyal and somehow just plain charming when the mood to charm arose. He also could talk to any stranger, and you would think that they had known each other all of their lives after hearing them talk for just a minute or two. The Hitt family welcomes friends and family to a visitation that will be held on Tuesday, June 8, 2021, between 4 and 7 p.m. at Donnellan Family Funeral Home, 10045 Skokie Blvd., Skokie, IL. A funeral mass will take place on Wednesday June 9, 2021, at 10 a.m. at Sts. Faith Hope and Charity Church, 191 Linden Ave., Winnetka, IL. Instead of flowers, Mr. Hitt would ask that you do unexpected and unsolicited acts of kindness for the people that help you every day, and that you give extra-generous tips and heart-felt thanks to those who serve you in one way or another every day. If you want to give a donation is his name, Mr. Hitt supported the Evans Scholars program of the Western Golf Association and charities that provide services to veterans of the armed services. Info: donnellanfuneral.com or (847)675-1990.