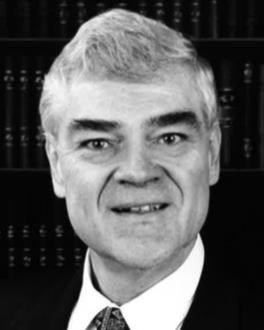 BORN
1943
DIED
2021
ABOUT
Mount Carmel High School
FUNERAL HOME
Linhart Funeral Home
6820 West Cermak Road
Berwyn, IL
John Edwin McNeal, of Riverside, born February 19, 1943, in Chicago, died peacefully at home on July 23, 2021; survived by his beloved wife, Sharon Rae Bender-McNeal. John E. McNeal was the son of the late Edwin and Mary McNeal of Chicago and proud of his Irish and Catholic roots and the Hebrew, Classical, and Celtic elements of his Judeo-Christian heritage. A boilermaker's helper in his youth, John valued education and was a lifelong learner through study and travel, graduating from high school at Mount Carmel High School in Chicago, and from college and law school at De Paul University. A member of the bar for half a century, John interspersed private practice with public service, having served as an Assistant Attorney General of Illinois, a Commissioner of the Illinois Industrial Commission, the General Counsel of the Illinois State Board of Elections, and the regional representative in the Midwest of the United States Secretary of Labor. In the 1980s and 1990s he was the elected Republican Committeeman of the 48th Ward of Chicago. He also served in leadership positions in many political, bar, civic and philanthropic organizations, including as the Vice President of the United Republican Fund of Illinois, a director of the Lincoln Legal Foundation, a member of the International Association of Prosecutors, the Benevolent and Protective Order of Elks, and The Sovereign Military Order of the Temple of Jerusalem (Priory of St. Norbert). A funeral Mass of the Resurrection will be said on Saturday, August 7, 2021, at 9:30 a.m. at St. Odilo Roman Catholic Church, 2244 East Avenue in Berwyn, Illinois, 60402. Interment at Calvary Cemetery in Evanston will be private. In lieu of flowers, friends are invited to make gifts to the charities and organizations they think best exemplify the spirit of John E. McNeal.

Published by Chicago Tribune on Aug. 5, 2021.
To plant trees in memory, please visit the Sympathy Store.
MEMORIAL EVENTS
Aug
7
Funeral Mass
9:30a.m.
St. Odilo Roman Catholic Church
2244 East Avenue, Berwyn, IL
Funeral services provided by:
Linhart Funeral Home
MAKE A DONATION
MEMORIES & CONDOLENCES
4 Entries
My condolences to the family. I knew John from Young Republicans in College, and he helped me on my alderman campaign. He was a good guy always willing to help.
Mary Lou Zurawski
School
August 6, 2021
My condolences to Sharon and John's family and friends. May the smile of God light you to Glory.
Cathy Forde
School
August 5, 2021
Our prayers are With JOHN and his Family. Michael J Clark and Myra Clark, Coralville, IOWA
Michael J Clark
School
August 5, 2021
John was a good guy. He was a conservative Republican when he was a kid..stuck to his guns.
Terry O´Connell. `60
School
August 5, 2021
Showing 1 - 4 of 4 results